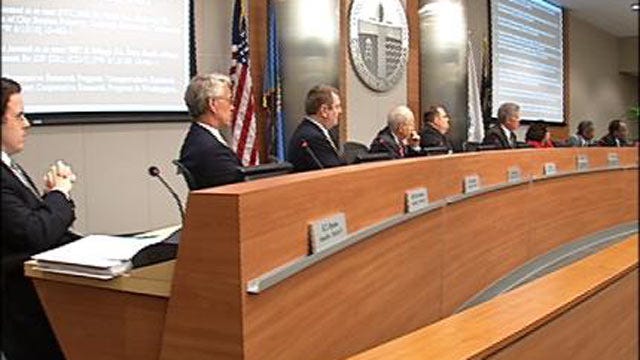 TULSA, Oklahoma -- Monday is the first of three days candidates for the city of Tulsa's nine council districts and city auditor can file their declarations of candidacy with the Tulsa County Election Board.

The city of Tulsa says to be eligible to file as a candidate for city auditor or city councilor, a person should be a registered voter and resident of the city at the time of filing.

The city says there is no 90 day voter registration/residency requirement for city councilor regarding this week's filing period following the city of Tulsa council redistricting approved on .

The primary election for city of Tulsa will be held September 13, 2011 and the general election is November 8, 2011.

The Tulsa County Election Board office is located at 555 North Denver and is open daily 8 a.m. until 5 p.m.