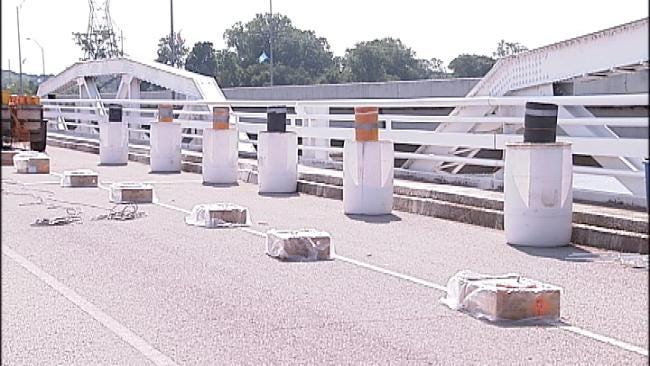 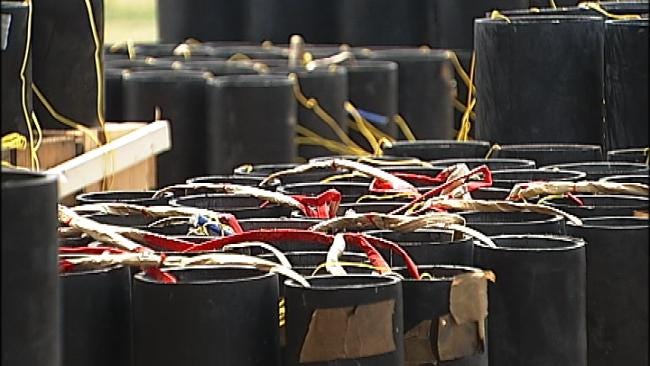 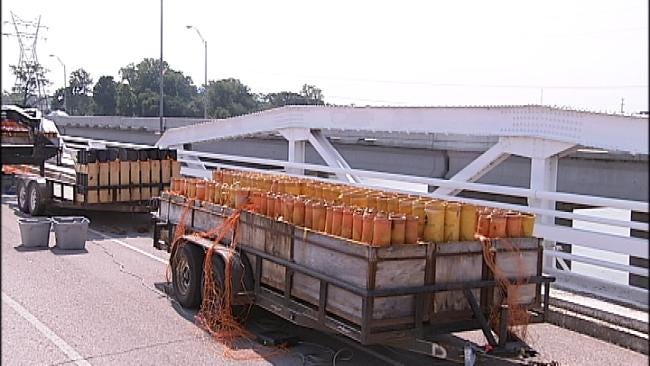 TULSA, Oklahoma -- The Fourth of July is right around the corner and celebrations all across green country are already underway.

The trailers are loaded and the countdown is on. preparation for the ONEOK FreedomFest in Tulsa have hit the home stretch.

"The heat wave moved in early on us this year, you might say, so we've been coming out here around six every morning and working till about noon," said Charles Mulholland of Zambelli Fireworks.

Mulholland and his crew are getting ready for Monday's fireworks show at River West Festival Parks. Around 1400 shots will be fired from trailers that will be parked along the 21st Street bridge. It's Mulholland's favorite part of the job.

"I think it's the combination of the thud, the sound, and then obviously the burst," he said.

The 4th is being celebrated across Green Country. Sunday night there's Rockets Over Rhema in Broken Arrow, Grace Church near 101st and 169 has a car show along with fireworks, The Oklahoma Aquarium will re-open at 6:30 for half-price, and Sand Springs is celebrating at River City Park.

On Monday, downtown Bartlesville is hosting a festival, kids parade, and fireworks, Sapulpa's Municipal Golf Course will be the site for fireworks, you can park at the Wal-Mart, and the Tulsa Drillers are in town, you can help the Food For Kids program and enjoy fireworks after the game.

Tulsa's fireworks show lasts 25 minutes and 3 seconds, to be precise, and takes four days to get ready. Hard work indeed, but Mulholland says it's well worth the effort.

"Yes, yes sir and hopefully the city of Tulsa is going to think so too," he said.