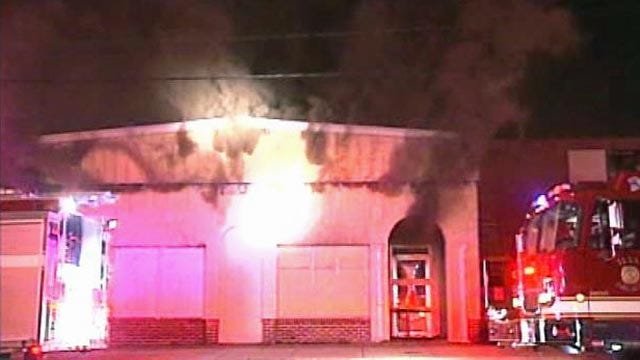 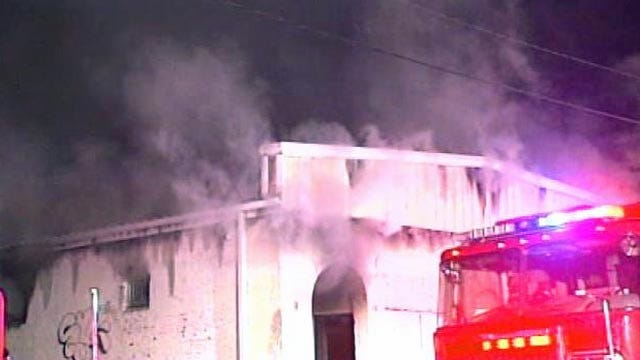 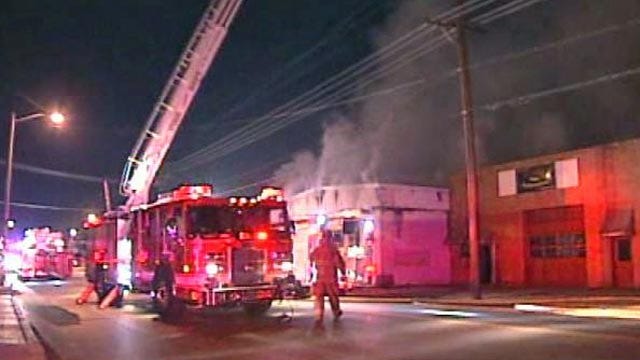 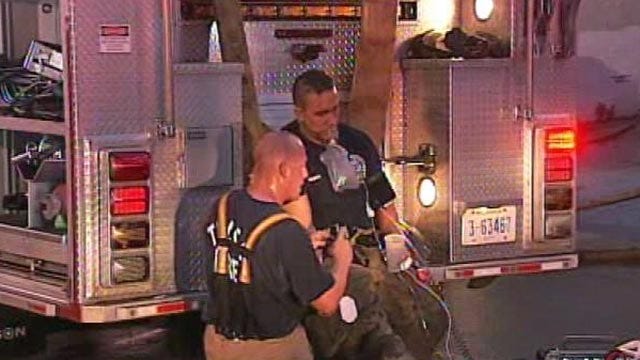 TULSA, Oklahoma -- For the third time in the last week, Tulsa firefighters fought a fire at a storage building in the 700 block of North Lewis early Wednesday.

Last week, firefighters were sent to the same building to put out several small fires. No one was hurt in either of those two fires.

"At this time we're not certain they're all linked, but since all of them are abandoned buildings and vehicles and there is such a large number in this area over the last two months, we're investigating that possibility," Captain Scott Winford, TFD Arson Investigator, said.

A Tulsa firefighter had to be treated for heat exhaustion during Wednesday's fire.

Next door to the latest fire, the 7-11 Auto Repair shop was left with smoke and heat and water damage.

The owner is worried about the building next door and what appears to be repeated attempts to burn it down.

The fire department is worried too.

"One thing that concerns us is that in the last two months we've seen a number of fires in the area and most are abandoned buildings and vehicles," Winford said.

Firefighters believe Wednesday's fire might be connected to a series of fires in this area that started back in early April.

The fires are clustered in 2 spots, but generally in the area between Utica and Lewis, and from Pine down to Second Street.

"In the past two and a half months, since the beginning of April, the Fire Department has responded to 14 structure fires and four vehicle fires," Winford said.

Winford said investigators hope to find a suspect before one of these fires kills someone or causes serious property damage.

Anyone with information about these fires can call the Tulsa Fire Arson Hotline at 918-596-2776.