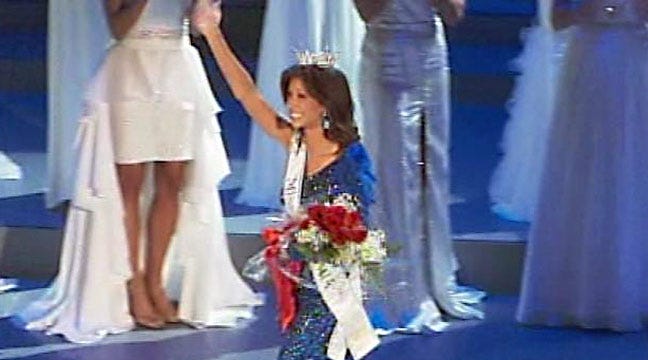 Here she is: Miss Oklahoma. Betty Thompson, 22, was crowned Saturday night ago at the Mabee Center in Tulsa. Thompson entered the pageant as Miss Oklahoma State University.

The new Miss Oklahoma is an elementary education major from Davenport. Thompson performed an Irish step dance to "A Dangerous Game" during the night's talent portion.