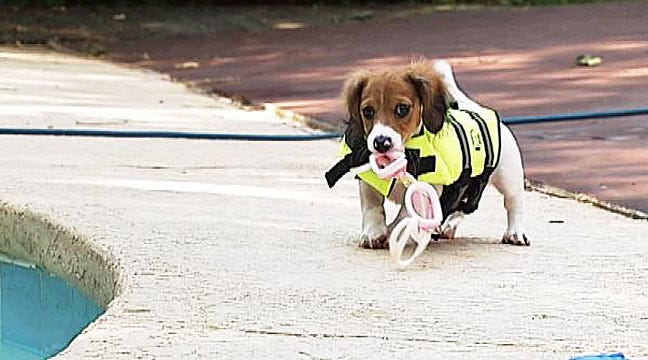 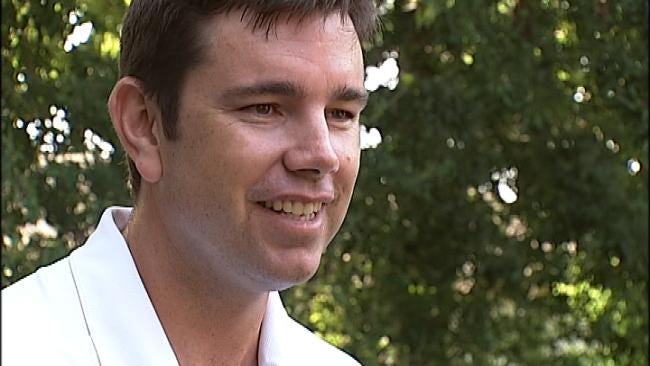 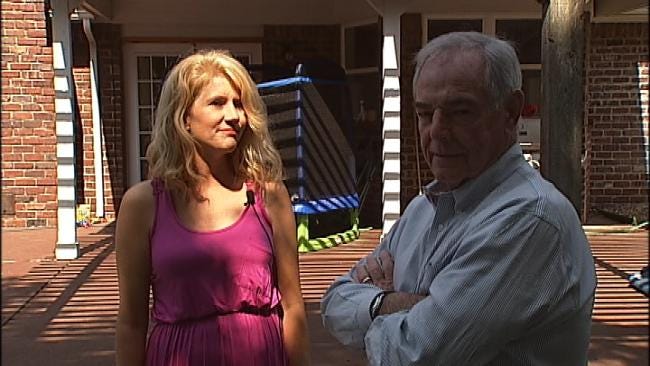 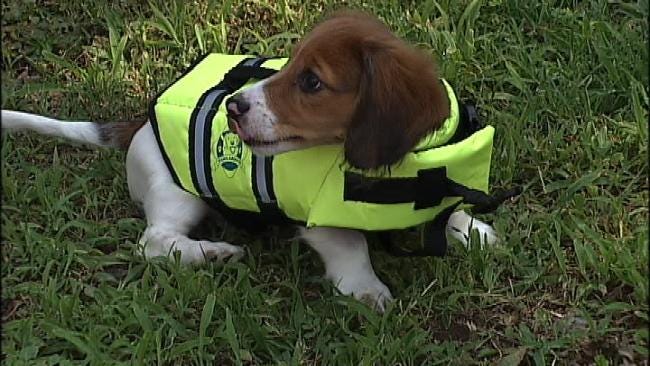 TULSA, Oklahoma -- Imagine having to tell your wife her new puppy drowned while she was out of town. That's the dilemma that a Tulsa man found himself in when Chester nearly lost his life in the family pool.

Chester is a 12-week-old miniature dachshund who is lucky to be alive. He's a curious pup who loves to chase leaves, which probably got him in trouble to begin with.

Jeremy Jack was using his chain saw to cut down trees when he turned back and saw the family's puppy three feet under water near the pool steps.

Jack ran to the pool and scooped him out.

"I realized he wasn't breathing and didn't have a heartbeat, so I decided to try the only thing I knew how to do - basically infant CPR," he said.

"After some chest compressions and a couple rescue breaths through his mouth and his snout, we managed to bring him back from the edge and not let him go into the light," he said.

He rushed Chester to the vet, and after a night in the doggie ER he was home good as new. Jeremy's wife Lacy was out of town at the time. Chester is really her dog so Jack was motivated.

"I didn't want to tell her he had expired while she was out of town; no husband wants to do that," Jack said.

"There was a lot of motivation," he said. "He's a very important part of our family."

Lacy got back in town the evening after Chester came home from the hospital the first thing she did:

"That next morning I bought the life vest," said Lacy Jack.

She said she was worried the accident might have caused permanent damage, but Chester seems to be fine. He's still working on his tricks.

Chester is lucky to be alive, with a guardian angel in white tennis shoes.

Vets say the idea that all dogs are born swimmers is a misconception. Dogs – particularly puppies - can be overcome in deep water just like we can.