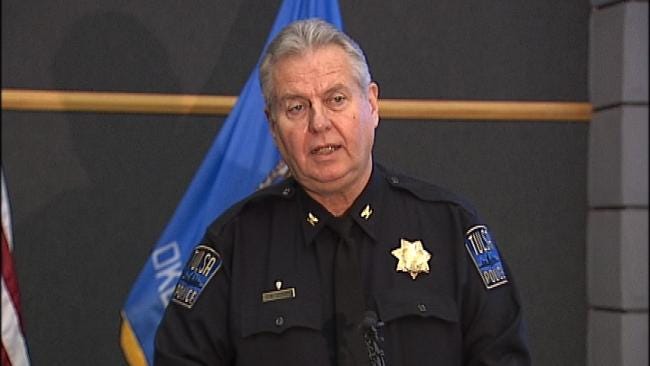 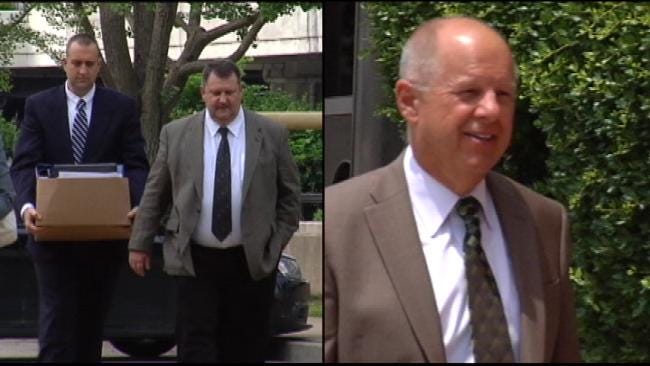 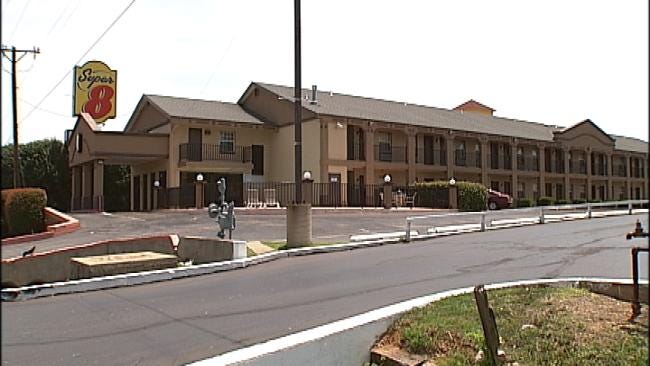 TULSA, Oklahoma -- On day four of the corruption trial against three Tulsa Police officers, Chief of Police Charles Jordan took the stand and viewed undercover video of a drug bust "sting" from May, 2009.

Based on the more than 300 searches Jordan said he has conducted in his career, he was asked to view the video of the sting at a Tulsa Super 8 where an undercover FBI agent called "Joker" posed as a drug dealer.

The men say they're innocent -- and claim they were separating money for a drug dog to sniff later.

"I would not think it would be correct procedure to separate out any money," Jordan said.

When crossed examined by the defense, however; Jordan clarified that although separating the money had the "appearance of impropriety" it was not against policy.

Jordan also said establishing the chain of evidence - or the money trail - is important because the integrity of evidence collection is often challenged in court.

"We know at every point this is where the evidence was - that it wasn't contaminated, and that it is the same evidence," he said.

When questioned by defense attorney Shannon McMurray, Jordan said he did not observe Nick DeBruin or Bruce Bonham violate any policies and procedures on the video. He also acknowledged that because drugs weren't found at the scene, establishing the chain of evidence probably wasn't considered as crucial.

Jordan was asked about the procedures Corporal H.R. Wells followed in later establishing the undercover FBI agent known as "Joker," as a confidential informant. Wells did not document "Joker" with the Special Investigations Division, Jordan said.

"Any person who is paid money or expects to receive prosecutorial consideration needs to be documented," Jordan said.

Because Joker was supposed to be an undocumented alien living in the United States, Jordan said his practice would have been to get ICE (U.S. Immigration and Customs Enforcement) involved to have as much of a hold as possible on the informant.

The chief of police was asked if it is permissible to let a confidential informant sell drugs.

"Not at all," Jordan answered.

However, Wells' attorney entered into evidence a rule that police officers can overlook some crimes while conducting "an investigation of a more serious nature."

Earlier Friday morning, the K9 officer whose dog alerted on the money confiscated at the motel testified that the officers placed almost $10,000 in supposed drug money in an evidence locker for the dog to discover.

He said it would have been his preferred procedure to test the cash in the Crown Royal bag where it was found, but that there was no regulation in place that prevented officers bringing the cash into the evidence room for testing.

In other witness testimony, Internal Affairs Officer Luther Breshears told the court that Bruce Bonham's time sheet for May 18, 2009, reflected that he was on vacation the day of the sting.

He also reviewed a field interview document made by Nick DeBruin documenting a meeting with an OIG agent in the parking lot of the hotel and an Interoffice memorandum written by H.R. Wells after then Chief of Police Ron Palmer asked Wells to write up what happened at the Super 8 motel.

Wells did not ask for permission or document a body cavity search of "Joker" as required by police policy, Breshears said. It is considered a more intrusive search than a pat down and so must be authorized and documented.

It's important to document the search in case evidence is obtained and if there is any lawsuit against the city, he said.