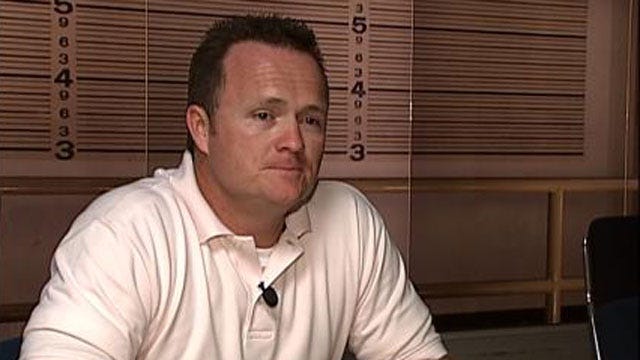 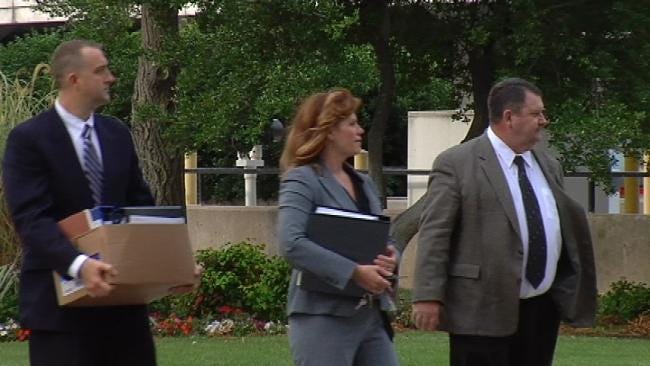 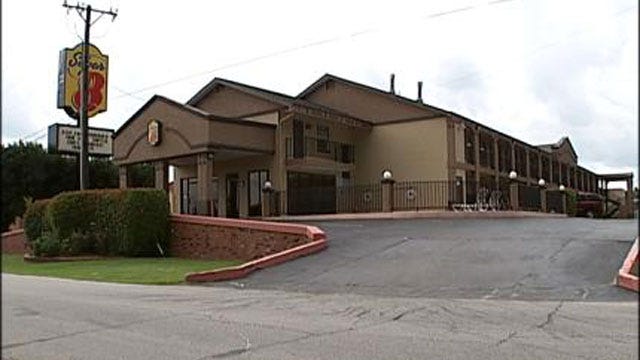 Editor's note:  A clarification on a story we ran yesterday. Our coverage of the trial of three Tulsa police officers included images of the three officers from a site called Sagoon.com. There was no indication where the images originated, so we provided a courtesy identification for Sagoon.com. We've learned that the images originated at the Tulsa World so we want to correctly attribute the photographs to the newspaper.

An FBI agent was the first witness to testify for the U.S. government. He talked about setting up a sting operation in a Super 8 motel in east Tulsa by putting $13,620 in the room to make it look like it belonged to an out of town drug dealer named "Joker" on May 18, 2009.

Prosecutors played hidden camera video from that motel room that showed former Tulsa Officer JJ Gray pocketing money, as well as Officer Nick DeBruin pocketing money and giving some to Officer Bruce Bonham, who also put some in his pocket. All this happens while retired Cpl. Harold Wells is in the same room.

Defense attorneys say the officers were going to take the money to let a drug dog sniff it for traces of drugs But, Gray testified they were all taking the money to steal it and they only gave it back and turned it in to the property room after getting spooked they were being set up.

He admitted on the stand that he had taken money on other search warrants, lied on affidavits and even gave drugs to a dealer to sell for him once. He says in that case, Cpl. Wells knew what he was doing and they believed the means justified the end, by busting a bigger drug dealer.

Wells can be heard on tape saying, "Nick says be sure to take care of him." Prosecutors say he's talking about getting Nick a cut of the money, but defense attorneys say he meant get his name on the subpoena so he'd get overtime pay to testify.

In one case, Gray testified he lied in an affidavit to get a warrant to search the home of suspected drug dealer Hugo Gutierrez. He said he lied about the address of where an undercover drug buy took place.

During the search of the home, he said officers found more than $80,000 in cash hidden inside a wall plus more than 100 pounds of marijuana and a pound of meth. He says he took about $2,000 and gave a bundle to Cpl. Harold Wells to share with officers Cal Kaiser and Eric Hill. Both Kaiser and Hill have been given immunity from their crimes in exchange for their cooperation.

On cross examination, defense attorneys had Gray admit he's a drug dealer, a liar and a thief. They say he has cut a deal with federal prosecutors and is hoping to get probation after pleading guilty to larceny of U.S. funds, for taking money from the motel room.

Defense attorneys say just like informants often lie to police to get the best deal, Gray is now an informant for the government and is willing to lie to stay out of jail. He denied he was lying.

They pointed out he has put other people in prison with false warrants and affidavits and asked him if he wasn't doing the same in this case. Gray denied that and said his deal with the government is based on him telling the truth.

It will boil down to which explanation the jury believes. The FBI did a total of three stings on the officers and no money was missing and no drugs were planted in any of them.