OTA To Study Widening The Creek Turnpike In South Tulsa 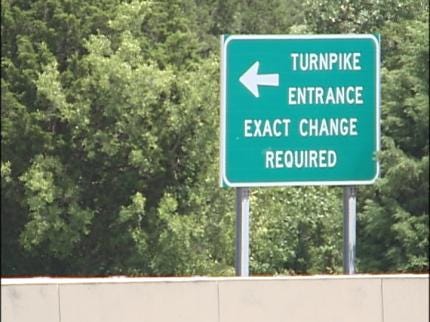 TULSA, OKLAHOMA -- The Oklahoma Turnpike Authority has approved a study of the possibility of widening the Creek Turnpike from four to six lanes.

During its meeting Wednesday, the OTA approved a $1.36 million contract with the Benham Companies for the study.

The 8-mile stretch to be studied runs from U.S. Highway 75 east to Memorial Drive.

Plans call for adding an inside lane in each direction on existing median space, with a concrete barrier to separate east- and westbound traffic.

OTA spokesman Jack Damrill tells the News On 6 traffic on that stretch of the Creek Turnpike is averaging 53,000 vehicles a day. By 2012, the turnpike authority estimates that will grow to 64,000 vehicles per day.

The first phase of the study is expected to be completed by January.

Damrill says it will give the OTA an indication of how much the widening would cost.

If all goes as scheduled, work on the lane widening could be done in 2 and a half years.

OTA To Study Widening The Creek Turnpike In South Tulsa