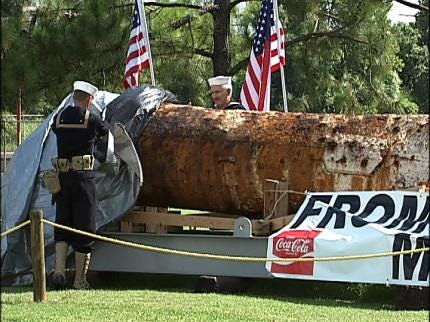 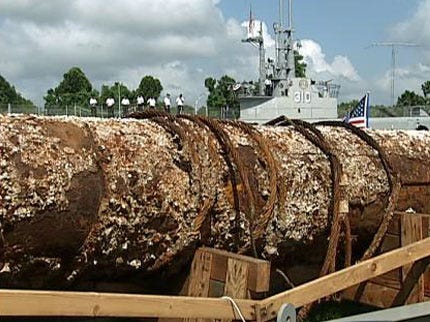 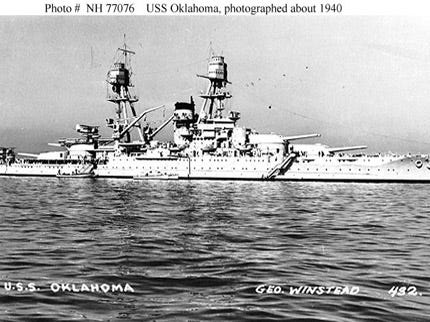 By Dan Bewley, The News On 6

MUSKOGEE, OK -- The Muskogee War Memorial unveiled and dedicated a priceless part of U.S. history Saturday morning: a section of the mast of the USS Oklahoma battleship.

It's the only piece of the battleship known to exist.

The USS Oklahoma was part of the fleet of American ships attacked at Pearl Harbor on December 7, 1941. She capsized 12 minutes after being struck by Japanese torpedoes, taking 429 lives with her, many trapped inside the submerged vessel.

In 2005, a section of the ship's mast was discovered during a Pearl Harbor dredging operation. The section was acquired by Muskogee's War Memorial Park, already home to the USS Batfish.

Veterans young and old were on hand as the piece of steel made the past come alive.

"It's a very special day because it's a piece of history," said Arles Cole, a Pearl Harbor survivor. Cole says the memories of that infamous day are just as strong as ever.

He was aboard the battleship West Virginia.

The mast section, covered with barnacles from the deep, will be the centerpiece of a new exhibit at the museum commemorating the service and sacrifice of those aboard the USS Oklahoma.

The Oklahoma holds a special place in the heart of veteran Donald Ritz. It's the first ship he ever served on, and he was given a piece of the mast to commemorate his service.

He was aboard the Oklahoma before the Pearl Harbor attack but says he served her proudly, and seeing the mast is an indescribable feeling.

"Brings back memories from when I was a young kid," he said. "I was 17 when I first went to the Oklahoma. Oh man, it's memories."

Oklahoma Speaker of the House Chris Benge, Congressman Dan Boren, Congresswoman Mark Fallin and Park Director Rick Dennis participated in the service. Historian and author Joe Todd was on hand for a presentation on the history of the USS Oklahoma.

The Muskogee War Memorial Park and Museum's summer hours are Wednesday through Saturday from 10 a.m. to 6 p.m. and Sunday from 1 to 6 p.m.