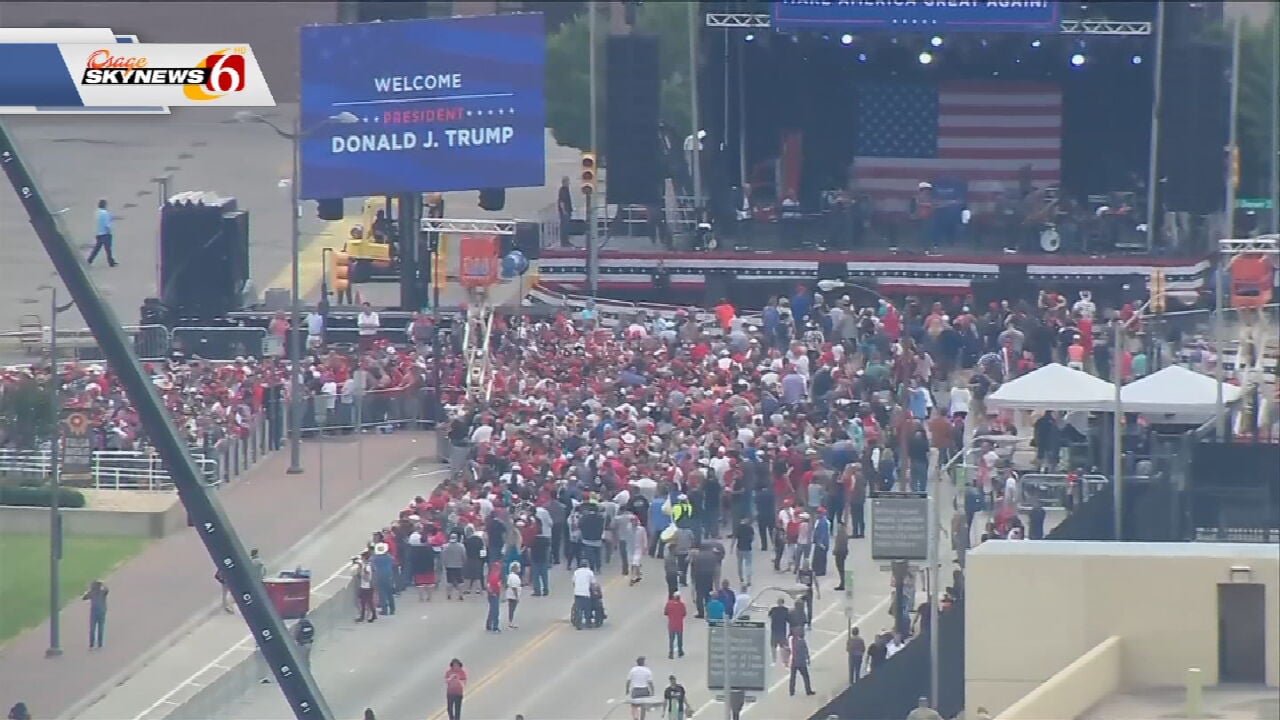 The Tulsa Fire Marshal reports that the official count for President Trump's campaign rally on Saturday was just under 6,200 people.

That number was derived from the number of tickets scanned and doesn’t include staff, suites, or media, according to Andy Little with TFD. The number was lower than the expected turnout with many outlets citing various reasons from the heat to fear of community spread. The President's campaign team blamed the media and radical protesters for the turnout. With campaign manager Brad Parscale tweeting that protesters were blocking people from entering.

Radical protestors, fueled by a week of apocalyptic media coverage, interfered with

@realDonaldTrump supporters at the rally.

They even blocked access to the metal detectors, preventing people from entering. Thanks to the 1,000s who made it anyway!

The New York Times cited a different reason for the turnout saying that the estimate of 1 million registered tickets was skewed by fans of Korean Pop music and users of the social media app TikTok. According to that report TikTok users and Kpop fans claimed to have registered for hundreds of thousands of tickets as a prank. Users would post a video linking to this tweet saying things like “Oh no, I signed up for a Trump rally, and I can’t go,” viewers were then encouraged directly or indirectly to also register for the event to drive up the reported demand. The President's campaign team responded to the claim dismissing the group of mostly teens, saying that they don't understand how the ticket system works.

“Leftists and online trolls doing a victory lap, thinking they somehow impacted rally attendance, don’t know what they’re talking about or how our rallies work," wrote Parscale. Registering for a rally means you’ve RSVPed with a cell phone number and we constantly weed out bogus numbers, as we did with tens of thousands at the Tulsa rally, in calculating our possible attendee pool. These phony ticket requests never factor into our thinking."

The President's campaign is also highlight it's digital streaming numbers claiming over 4 million viewer watched the President across his social media.