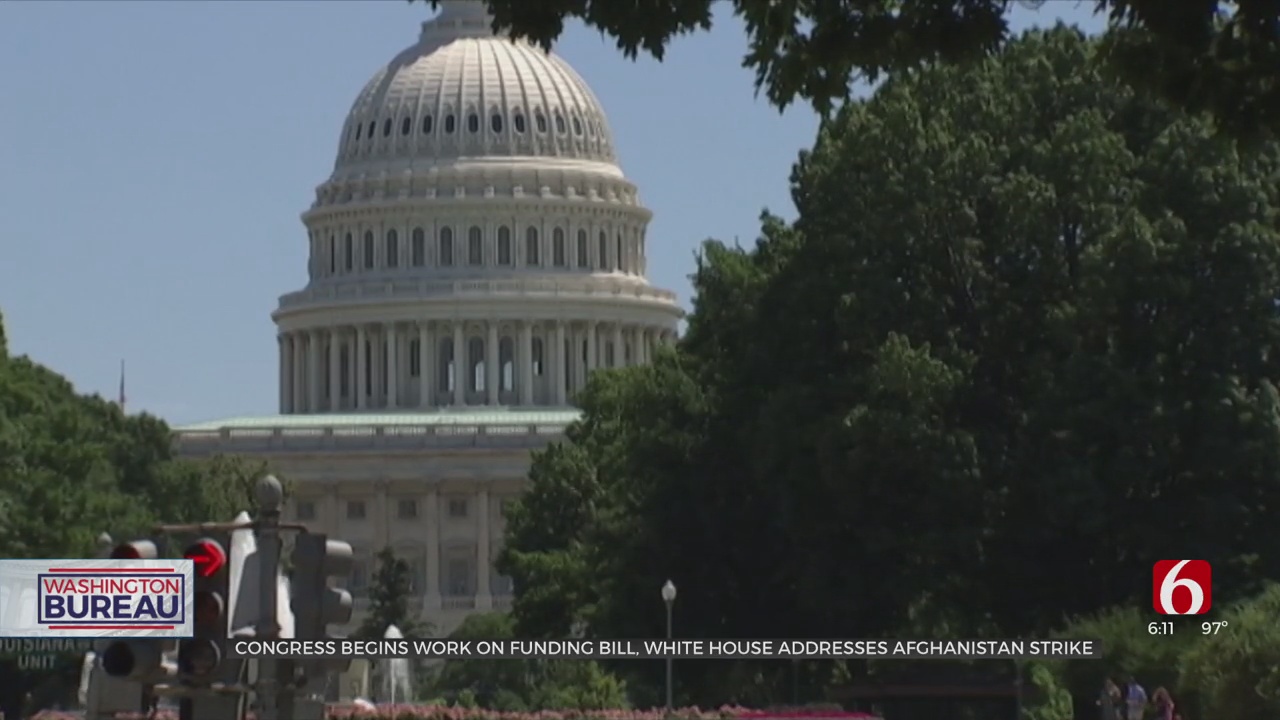 A full Congress returned from summer recess Monday with Democratic leaders in the House and Senate facing daunting budgetary and policy challenges.

The likelihood of passing the President’s $3.5 trillion budget reconciliation package without making significant concessions is looking more and more difficult as moderate Democrats show no sign of changing their opposition to the bill’s price tag. At the same time, Congress faces an end-of-the-month deadline to fund the government in the short term and, just as pressing, must raise or suspend the nation’s debt ceiling in order to avoid defaulting on its debt payment obligations, likely sometime in October.

Democratic leaders in the House indicated Monday they would bring up a vote this week a continuing resolution to fund the government at current levels through December. The measure would reportedly also include disaster relief funding for parts of the country impacted by Hurricane Ida and by wildfires, as well as, language to suspend the debt ceiling, which Republicans have said is a non-starter for them.

“This is not a political issue, shouldn't be a partisan issue,” said White House Press Secretary Jen Psaki Monday afternoon. “It hasn’t been throughout history.”

History may not look kindly on last month’s U.S. drone strike intended to target ISIS-K terrorists in retaliation for the suicide bomber attack in Kabul that killed 13 U.S. service members and scores of Afghan citizens during the chaotic airlift operation. On Friday the Pentagon announced that an investigation determined that their intelligence was wrong and that the strike actually killed at least ten civilians, including seven children.

“It was a mistake,” said General Frank McKenzie, USCENTCOM Commander, “and I offer my sincere apology. As the combatant commander, I am fully responsible for this strike and its tragic outcome.”

But Sen. Jim Inhofe, (R) Oklahoma, ranking member of the Senate Armed Services Committee, blames President Biden. In a statement released over the weekend, Sen. Inhofe said the president “left our military with an impossible mission of countering terrorists without any personnel or partners on the ground.”

Leaders in the House and Senate, meanwhile, are trying to figure out a next step after the Senate Parliamentarian yesterday determined that the Democrats’ plan to provide a path to citizenship for millions of immigrants should not be included in the $3.5 budget reconciliation package. The parliamentarian determined that the proposal is more a policy measure than a budgetary, excluding it from passage through reconciliation where only a simple majority is needed for passage in the Senate.

Sen. Schumer says both documented and undocumented workers play too critical a role in the U.S. economy to let this ruling turn their dream into a nightmare.

“The fight continues,” said Schumer, “Senate Democrats have prepared alternative proposals.” He says they plan to consult further with the parliamentarian in the coming weeks.

Perhaps the best news from the weekend was that a rally at the Capitol in support of those charged in the January 6 insurrection brought a smaller than expected turnout and remained peaceful. As a result, the 8-foot high fencing erected by Capitol police at the end of last week as a precaution was taken down Sunday. 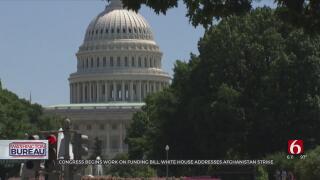 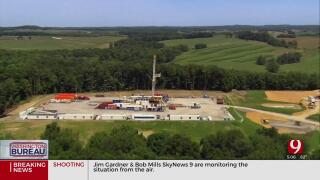 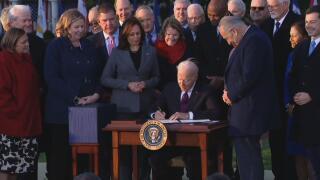 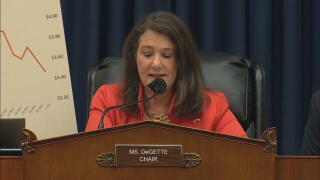 News 9 Democrats in Congress aimed at oil and gas company executives on Wednesday, decrying the fact that many of them are reporting record profits at the same time that Russia’s invasion of Ukraine has disrupted global energy markets as Americans pay record-high prices for gasoline.

News 9 Democrats in Congress aimed at oil and gas company executives on Wednesday, decrying the fact that many of them are reporting record profits at the same time that Russia’s invasion of Ukraine has disrupted global energy markets as Americans pay record-high prices for gasoline.
View More Stories

News 9 Democrats in Congress aimed at oil and gas company executives on Wednesday, decrying the fact that many of them are reporting record profits at the same time that Russia’s invasion of Ukraine has disrupted global energy markets as Americans pay record-high prices for gasoline. 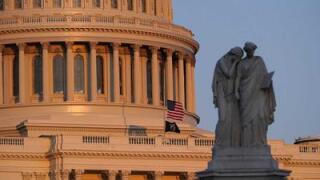 House Of Representatives Set To Vote On $1.5T Spending Package

Alex Cameron The U.S. House of Representatives is poised to vote Wednesday on a roughly $1.5 trillion omnibus spending package forged over months by Democratic and Republican negotiators and tweaked just this week to include additional defense and aid funding due to Russia’s ongoing invasion of Ukraine. 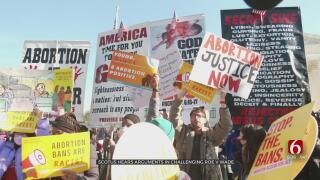 Alex Cameron Hundreds of demonstrators both pro-choice and pro-life held competing rallies outside the Supreme Court Wednesday as the justices heard arguments in a Mississippi case that could potentially overturn Roe v. Wade, the landmark 1973 decision that legalized abortion across the country.
View More Stories 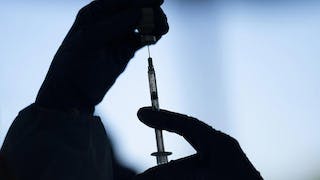 Associated Press Three doses of Pfizer’s COVID-19 vaccine offer strong protection for children younger than 5, the company announced Monday. Pfizer plans to give the data to U.S. regulators later this week in a step toward letting the littlest kids get the shots. 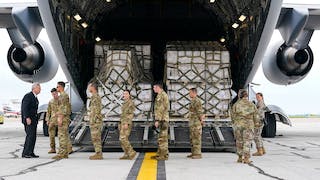 78,000 Pounds Of Infant Formula Arrives In US

Associated Press A military plane carrying enough specialty infant formula for more than half a million baby bottles arrived Sunday in Indianapolis, the first of several flights expected from Europe aimed at relieving a shortage that has sent parents scrambling to find enough to feed their children. 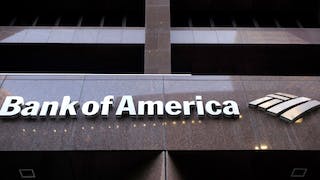 Bank Of American Hikes Its Minimum Wage To $22 Per Hour

CBS News Bank of America is giving its lowest-paid employees a bump in wages to $22 an hour, equivalent to nearly $46,000 a year for full-time workers. 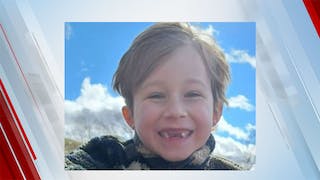 CBS News A man and a 28-year-old woman have been arrested after police found her 6-year-old son's body in the trunk of her bloodied car in a Minneapolis suburb, authorities and family members 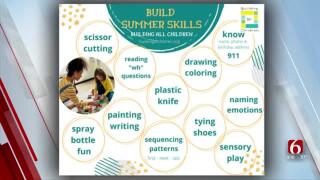 News On 6 Kids across the state will be getting out of Child Development Expert Kendra Morgan joined the News On 6 team on Monday to share tips on how to keep your child busy and learning this summer break. school soon. 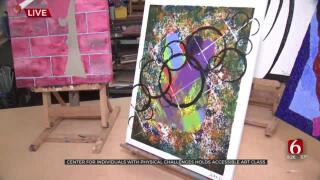 News On 6 Members at the Center for Individuals with Physical Challenges are learning new art skills on Monday morning.
View More Stories