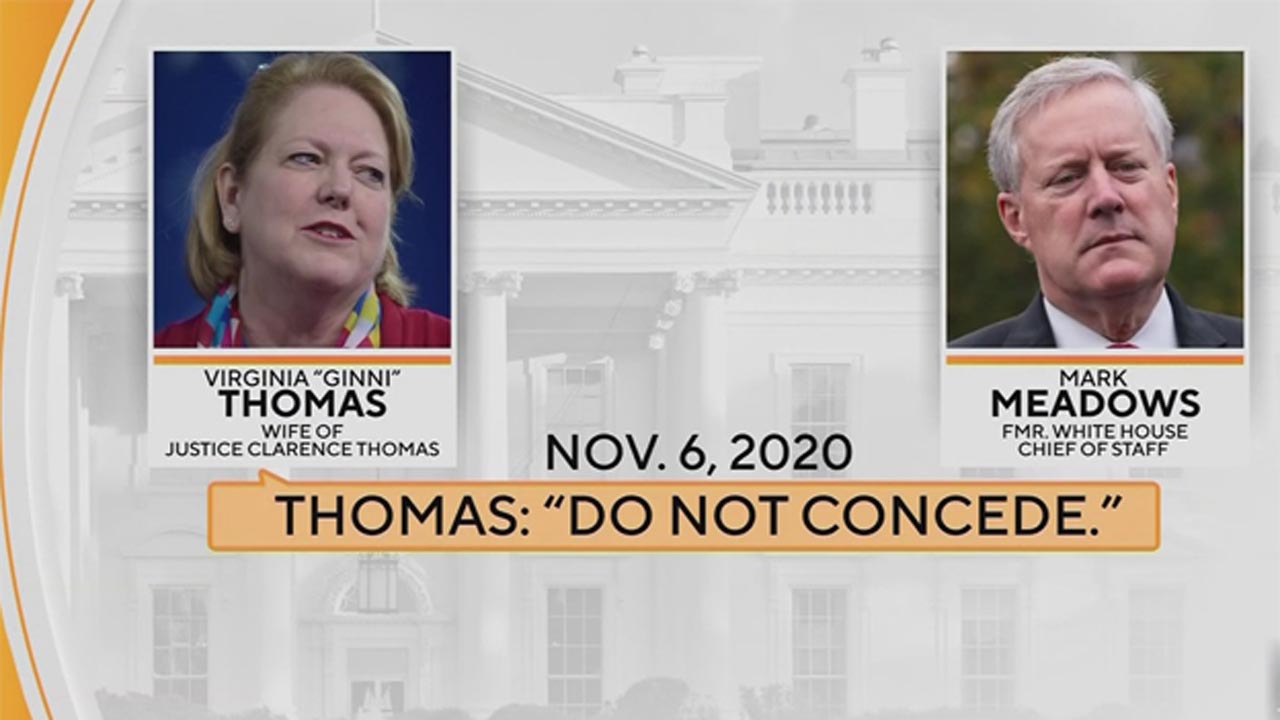 Those messages — part of 29 total messages obtained — reveal an extraordinary pipeline between Virginia Thomas, who goes by Ginni, and then-President Donald Trump's top aide during a period when Trump and his allies were vowing to go to the Supreme Court in an effort to subvert the election results.

The messages, which do not directly reference Justice Thomas or the Supreme Court, show for the first time how Ginni Thomas used her access to Trump's inner circle to encourage and seek to guide the president's strategy to overturn the election results — and how receptive and grateful Meadows said he was to receive her advice. Among Thomas' stated goals in the messages was for lawyer Sidney Powell, who promoted incendiary and unsupported claims about the election, to become "the lead and the face" of Trump's legal team.

The messages were among the 2,320 text messages that Meadows provided the House select committee investigating the Jan. 6 attack on the U.S. Capitol. The existence of messages between Thomas and Meadows — 21 sent by her; eight by him — have not previously been reported and were reviewed by CBS News and The Post. They were then confirmed by five people who have seen the committee's documents.