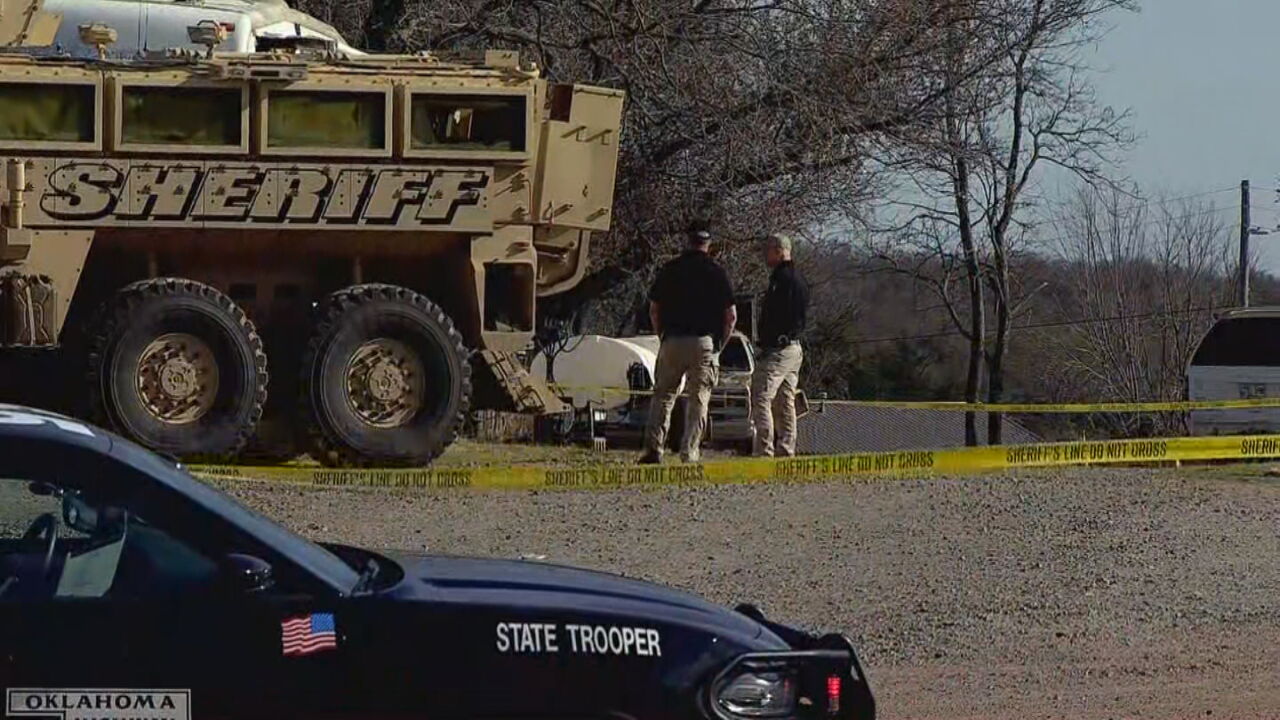 A suspect is shot and two women are safe after a hostage situation in Payne County. Several law enforcement agencies spent hours at a home in Yale, trying to get the man with a gun to come out.

Down the street from the scene is Yale High School, which is why police put it on lockdown. Some nearby businesses were also impacted. The busy area is open and is considered safe.

Around 10 a.m. on Wednesday morning, a woman called Yale police about a domestic situation with her husband at their home. She told police her husband, a man in his 60s, had a gun and was holding a family member hostage.

When officers arrived at the home near Highway 51 and North 3540 Road, they determined the suspect was suicidal. Police said the wife was able to make it out of the home safely.

However, the family member, a woman, was held hostage. That’s when negotiations began and lasted about six hours.

Negotiators tried to get the man to come out, then the multi-jurisdictional SWAT team arrived and fired tear gas into the home. That’s when the man was shot by the SWAT team, and the hostage was able to escape.

Chief Phillip Kelly said he heard three shots but does not know how many times the man was hit or where he was injured.

“We’ve never had any problems with him in the past, so it’s really a tough blow. I know him personally. I know his wife personally. It’s a shock,” said Chief Phillip Kelly, Yale Police Department.

Chief Kelly said the man went to a Tulsa hospital and went into surgery. Authorities have not released his name or condition. No one else was hurt.