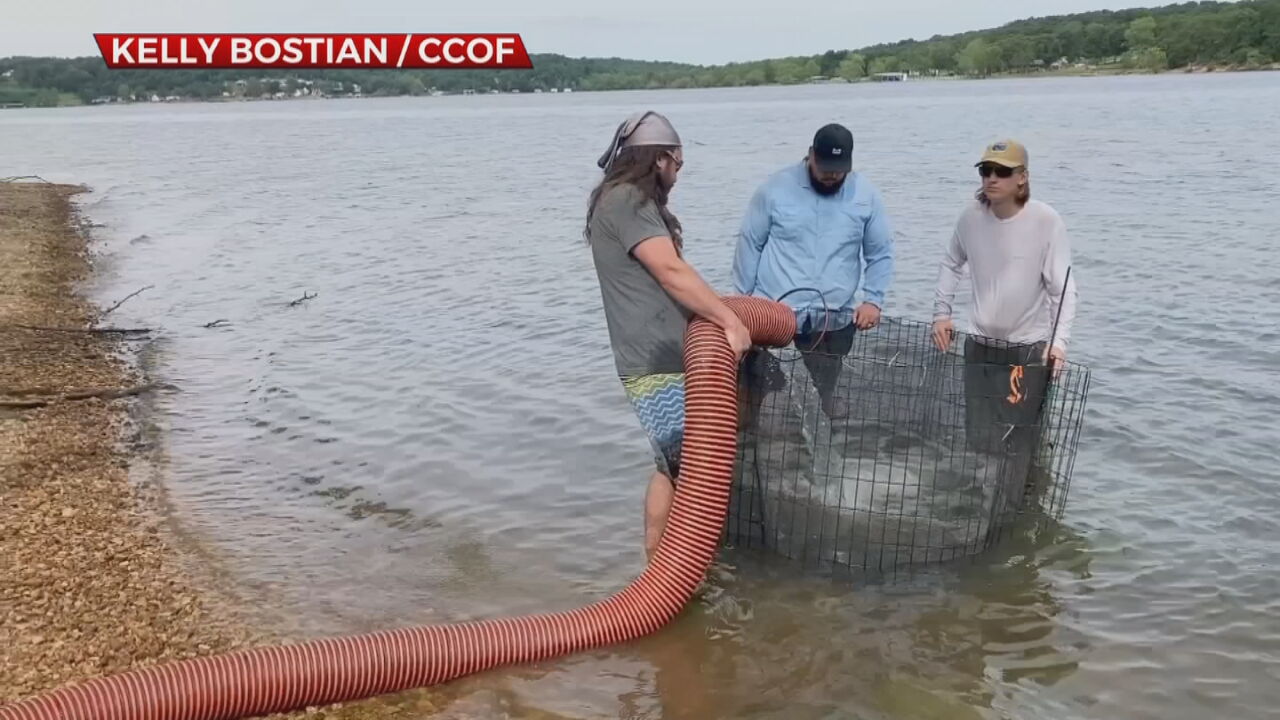 The Oklahoma Department of Wildlife Conservation is working to grow bigger bass in Grand Lake.

Fisheries biologists stocked thousands of Tiger Bass in the lake this month.

The fish are a first generation (F1) Florida strain/northern strain largemouth bass hybrid, also known as Tiger Bass, which are more aggressive and grow larger than the largemouth bass that are native to Oklahoma.

The wildlife department stocked 93,000 Tiger Bass fingerlings in Grand Lake last week. The 2-to-3-inch fish were released into cages first to make sure they were acclimated to the water before being set free.

Johnston said they will collect data from the fish yearly to monitor their growth rate. He expects anglers will see the difference on the scales in 5 to 10 years with 8-to-11-pound bass and higher.

“[That’s] something you just don't see at Grand Lake because Florida genetics haven't survived that far north, but these are already crossed with northern strain bass, so they'll have that thermal tolerance, but they'll also have the trophy potential,” said Johnston.

A donation from Kevin VanDam, one of the best professional anglers in the world, kicked off the program in March. KVD gave $5,000 through his foundation while he was in town for Major League Fishing's REDCREST Championship on Grand Lake.

“Grand Lake's been super good to me over the years, I've won multiple events here, so I really want to do something special for it,” VanDam said when he presented a check to the wildlife department during the MLF Expo in Tulsa.

KVD's donation was just a starting point. His generosity sparked others to jump in and donate. The Oklahoma Wildlife Conservation Foundation matched the donation, along with the Swank Family Foundation, Whiskey Point at Grand Lake, the Grove Bureau of Tourism and Southstone Construction. Then Flying Squirrel Farms chipped in $10,000.

ODWC hopes to turn it into a 10-year program and is looking for long-term funding to make that happen.

Johnston said the hybrids should not have any negative impacts on native fish.

Video Credit to the Kelly Bostian and the Conservation Coalition of Oklahoma Foundation.