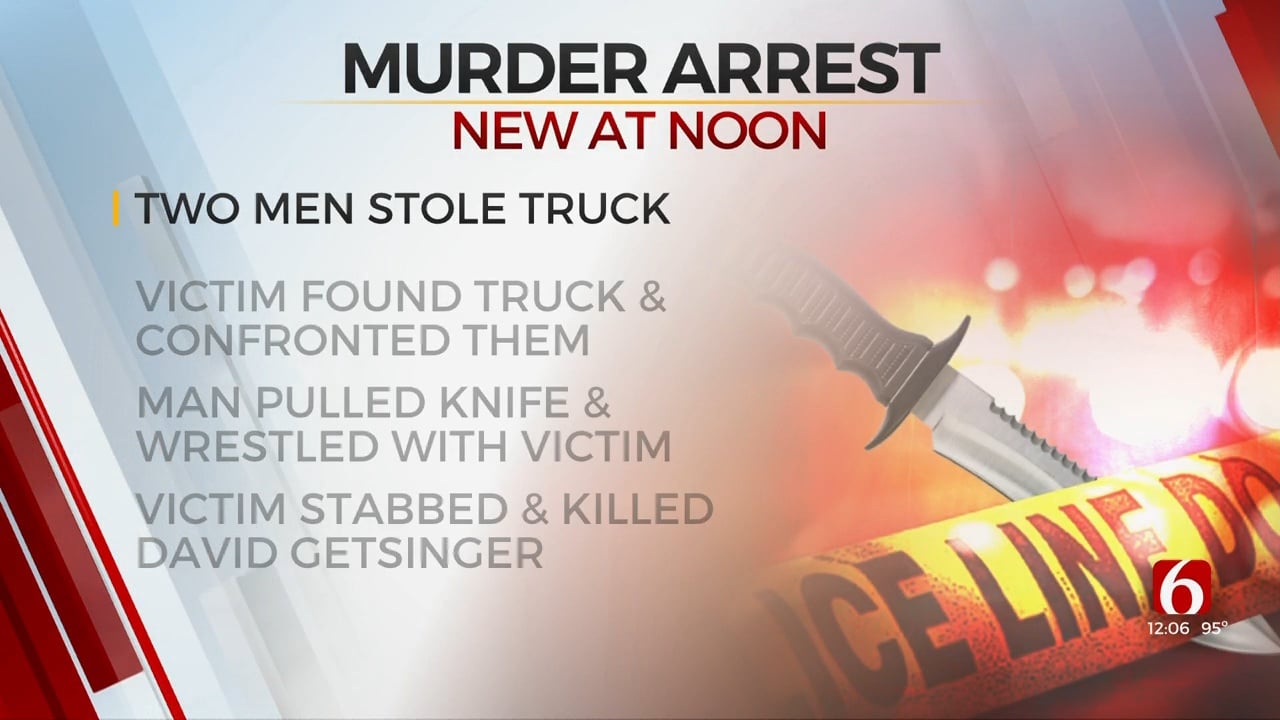 Tulsa Police have identified a victim killed in a stabbing that took place near East 66th Place and South Newport Avenue on Saturday.

According to police, officers were called to the scene and found the body 23-year-old David Getsinger.

Police say Getsinger and another suspect, 43-year-old Dustin Leleux, stole a vehicle near South Indian Avenue and Riverside Drive on Saturday. According to police, the owner of the vehicle saw the two suspects driving and attempted to confront them.

Police say Getsinger pulled a knife on the car theft victim who then wrestled it away from the suspect and stabbed him with it, leading to Getsinger’s death.

Police say Leleux was arrested at the scene and charged with second degree felony murder.

According to police, the car theft victim was not charged and the investigation is ongoing.