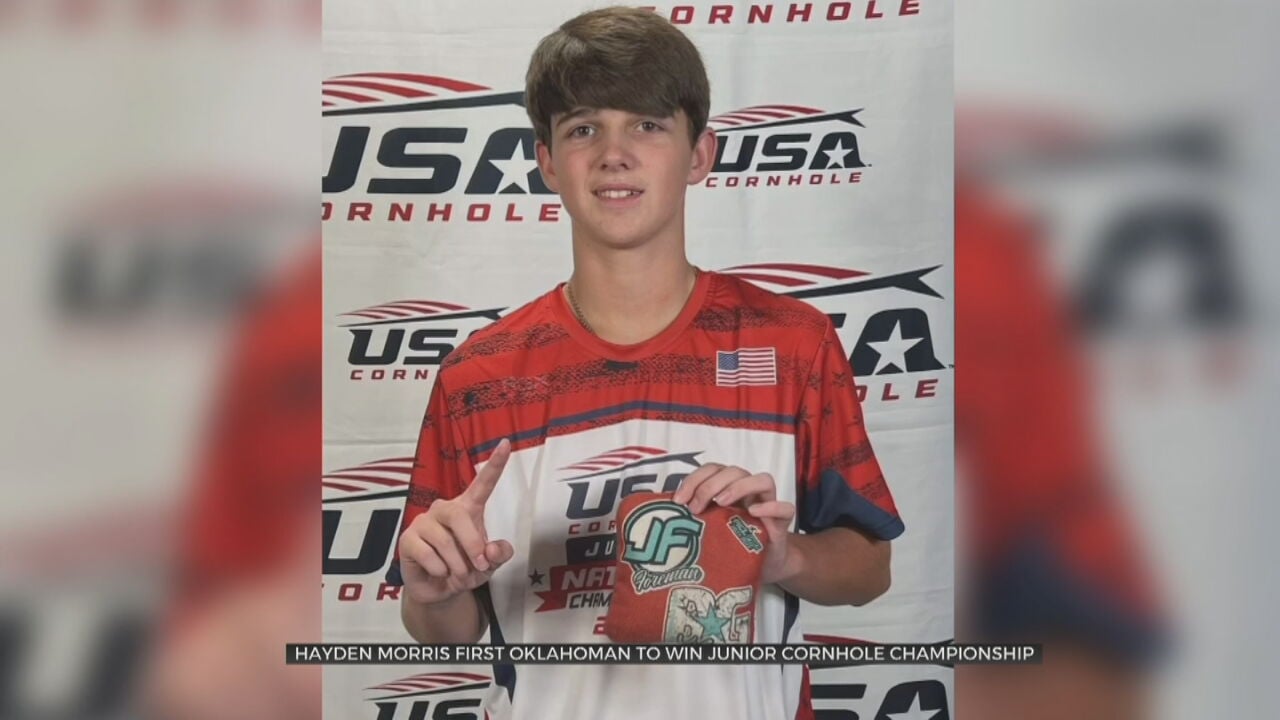 A Hartshorne teenager made history over the weekend when he won the USA Cornhole National Junior Championship.

The Hartshorne High School sophomore made it look easy when clinched the top spot Saturday after a 10-0 run in bracket play.

The Cornhole National Junior Championship was in Rock Hill, South Carolina and the tournament aired on ESPN.

Hayden said playing didn't make him nervous but being interviewed live on national TV did.

Hayden has been playing cornhole for about three years and practices 3 to 5 hours a day.

His championship win got him a gold medal, but he'll also get sponsorships and endorsements. It also got him special recognition from the city of McAlester. On Tuesday night during the McAlester city council meeting, the mayor celebrated Hayden’s win by proclaiming August 6, 2022 as “Hayden Morris Day” in the city of McAlester.