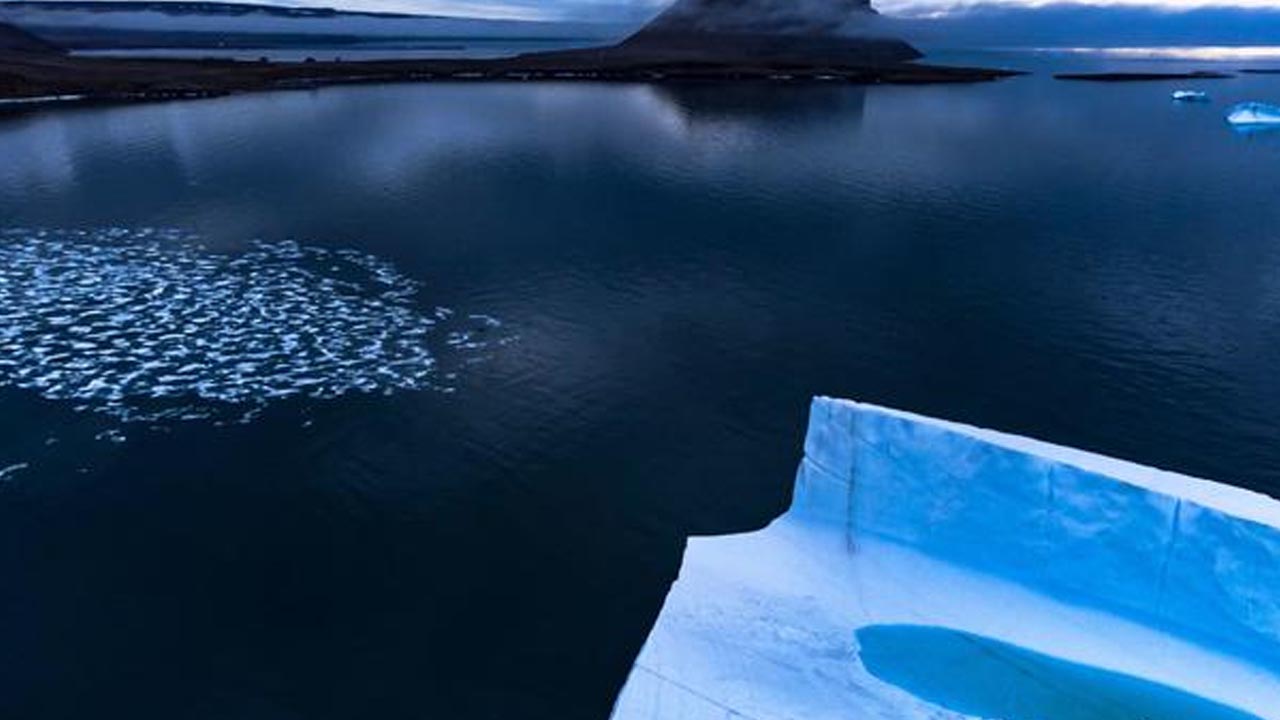 Scientists have known for years that the Arctic has suffered from more warming than the rest of the world. But a new study shows that it's much worse than previously thought.

Researchers have long estimated that the Arctic warms twice as fast as the rest of the world — a phenomenon known as Arctic amplification — but a new study published in Nature Communications Earth & Environment on Thursday found that it's actually double that. The Arctic is warming nearly four times faster than anywhere else on Earth. In some areas of the Arctic Ocean, the warming rate is even up to seven times as fast.

In this study, the research team "defined the Arctic properly," with a latitude of 66.5ºN along the Arctic Circle, and calculated trends between 1979, when satellite data became available, and 2021, lead author Mika Rantanen said.

With those guidelines in place, they found that the Arctic is warming 3.7 to 4.1 times faster than the rest of Earth, depending on the dataset used.

The factors that cause more intense warming in the region have long been known. Heat is transferred from the open sea to the atmosphere, predominantly in late autumn and winter when the temperatures between the two vary the most. Sea ice has also been shrinking, which helps reflect solar rays, has been shrinking, which leads the open ocean to absorb more radiation. That absorbed radiation then melts more ice and traps more heat, creating a devastating loop.

"Open sea is darker than the one covered by ice, and thus more solar radiation can be absorbed to the surface," Rantanen told CBS News, saying that these two processes, combined, are just "one of the root causes" for Arctic amplification.

The amplified rate of warming is strongest in the ocean and tends to be higher in the fall and winter, when sea ice is supposed to expand and heat is released back into the atmosphere. However, earlier this year, NASA found that ice growth in the Arctic Sea last fall and winter was at its 10th-lowest in the satellite record.

"Areas in the Barents Sea near Novaya Zemlya have warmed up to seven times the global average," he wrote.

A separate study published this June found that the Barents Sea has seen "exceptional warming" of up to nearly 37 degrees Fahrenheit per decade over the last 20 to 40 years, a finding consistent with a loss of sea ice.

So why had previous studies underestimated the Arctic's warming? Rantanen and his team of researchers believe many other studies used "older, possibly outdated" estimates rather than recent observations.

The specific region of the Arctic also differentiated among studies, with used latitudes ranging from 60ºN to 70ºN, while in other studies, the Arctic wasn't even defined based on latitude.

"While the magnitude of Arctic amplification is dependent to some degree on how the Arctic region is defined, and by the period of time used in the calculation, the climate models were found to underestimate Arctic amplification almost independent of the definition," Rantanen said in a press release.

It's also possible that the models didn't consider enough the impact of internal climate variations, natural changes in the circulation of the ocean and atmosphere, which Rantanen told CBS News probably "contributed considerably" to the Arctic amplification.

Rantanen's findings, which were first posted as a preprint in July 2021, echo NASA climate scientist Peter Jacobs' report at the American Geophysical Union's meeting in December 2021. As Jacobs explained at the time, the Arctic is defined by Earth's tilt, which many past studies had neglected.

"Everybody knows [the Arctic] is a canary when it comes to climate change," he told the journal Science. "Yet we're misreporting it by a factor of two. Which is just bananas."

As stated in the abstract of Jacobs' presentation, changes in the Arctic have "profound implications" for the climate, humans and ecosystems.

"It is essential that the scientific community not only accurately understand but also convey the scale of Arctic warming," the abstract reads, "which is occurring nearly twice as rapidly as commonly described."

Rantanen said it's "crucial" to be aware of the Arctic's sensitivity to global warming.

"Because the climate models are used to predict future climate, it is important to investigate if they can simulate the observed Arctic amplification correctly," he said. "If not, that can raise doubts of their future projections. But again, more research of this topic is needed."