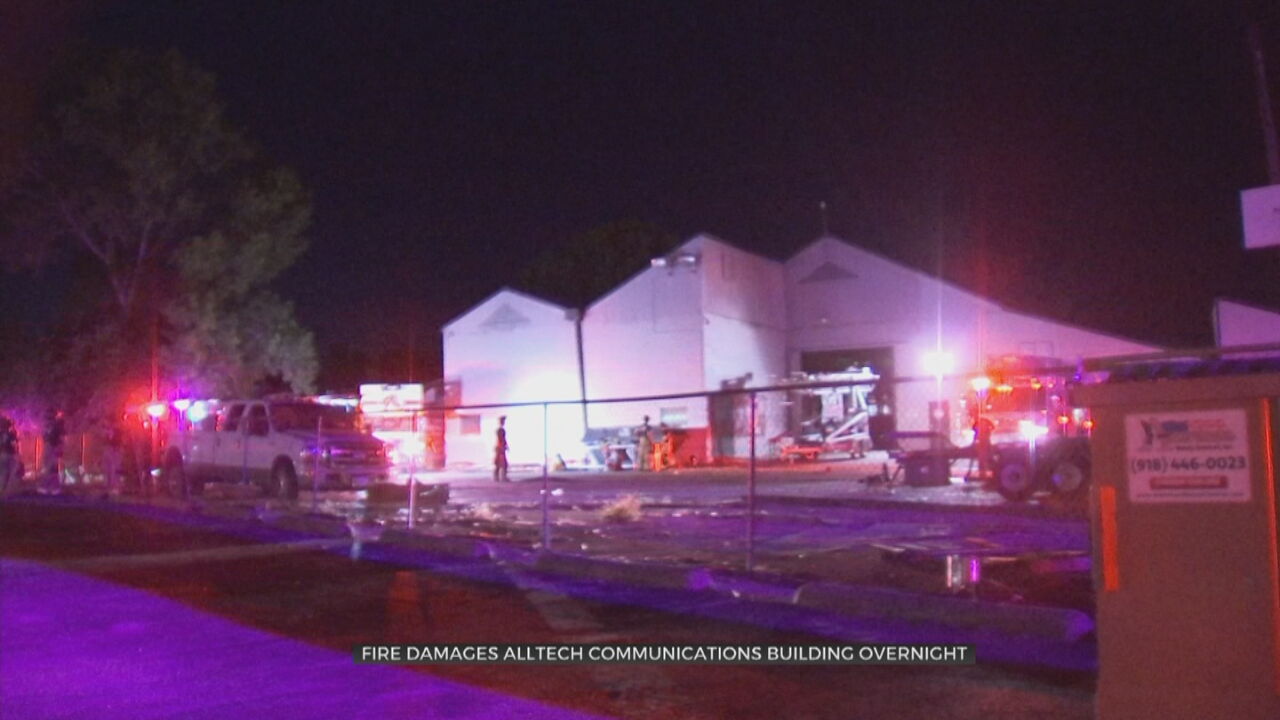 Tulsa Firefighters were called to the scene of an overnight fire that broke out at the AllTech Communications building on Thursday.

Crews responded to the scene near South 28th West Avenue and Charles Page Boulevard at around 10 p.m.

According to firefighters, the blaze started after a nearby dead tree, that was burning, caught the roof of the building on fire.

Fire officials say nobody was hurt and the cause is currently under investigation.