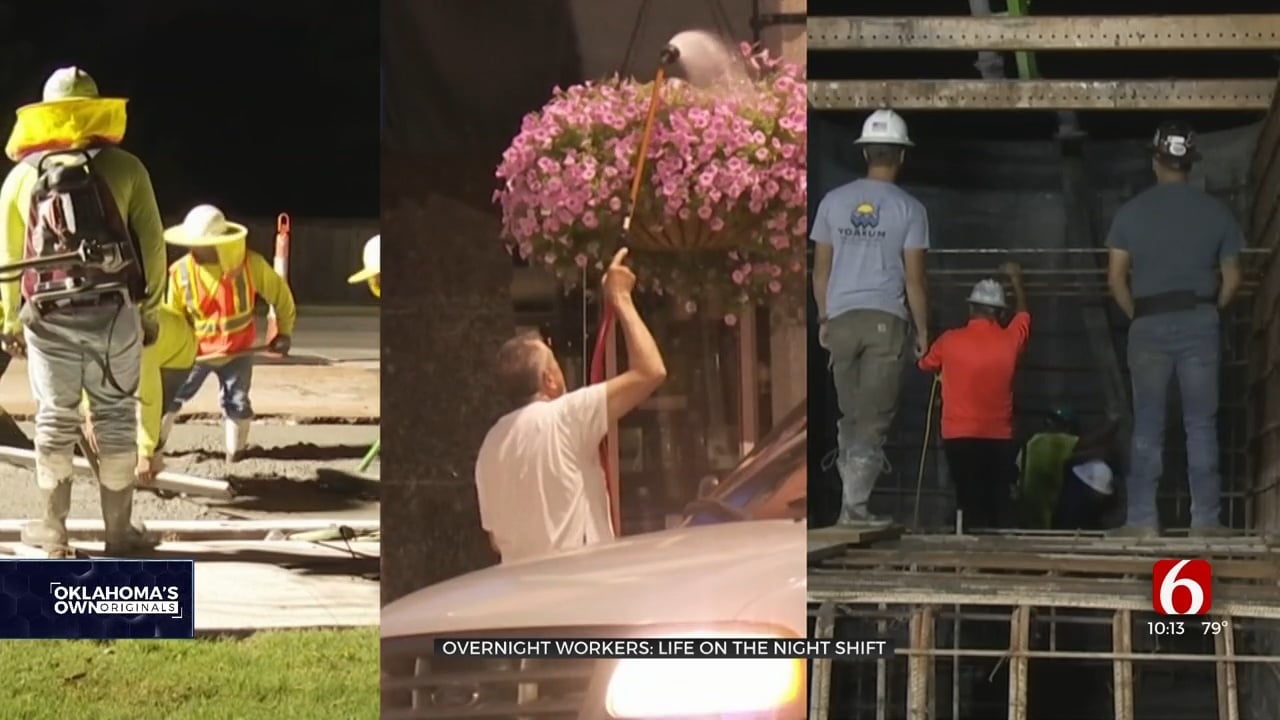 While most people sleep, some Oklahomans are hard at work on the night shift.

It’s a shift that 6 in the Morning Anchor, Dave Davis, knows well. He’s been reporting and anchoring for the morning newscast for more than 10 years.

He talked with others who get to work when the sun goes down.

One of the places Davis checked out was near 31st and Riverside in Tulsa. It will soon be home to the new Zink Dam. Work happens at all hours of the day and night.

Several days a week during the summer months, construction crews at the site start work at 2 a.m. or earlier.

Workers said the early start is necessary, because concrete has to be 78 degrees to set.

Josh White is an engineer with the city of Tulsa. He helps supervise the Zink Dam project, which is expected to bring recreational activities to the river. White said his alarm goes off between midnight and 1 a.m.

John Lockhart started in the concrete business when he was in his 20s driving trucks. “My alarm goes off at 12 a.m.,” Lockhart laughed.

Hale Bollinger is an engineer with Crossland who recently graduated college.

"Whenever you get a good night's sleep before it, pretty good- because you beat the heat of the day,” said Bollinger. “Whenever you don't get much sleep, it's not very much fun."

Most days, Kent Daniel is in downtown Sapulpa before 3 a.m. to put 600 gallons of water -- not to mention fertilizer, on petunias, which he grows at his nursery.

"I drink coffee, you know, and I talk to myself sometimes, but no one ever answers,” Daniel laughed.

Each of these workers said their jobs are worth the early alarm.

"It's for my family,” Lockhard said. “You do these projects and you step away and see the end result and it kind of gives you a little bit and stuff, which we're building for our community."

"We probably won't do a project like this much in our lifetime, so it's pretty cool,” Bollinger said. “Pretty neat."

"It's not money,” Daniel said. “You chase money, that's not happiness, that's just a possession or a material thing…but taking care of something is something that I think we were given the opportunity to do."