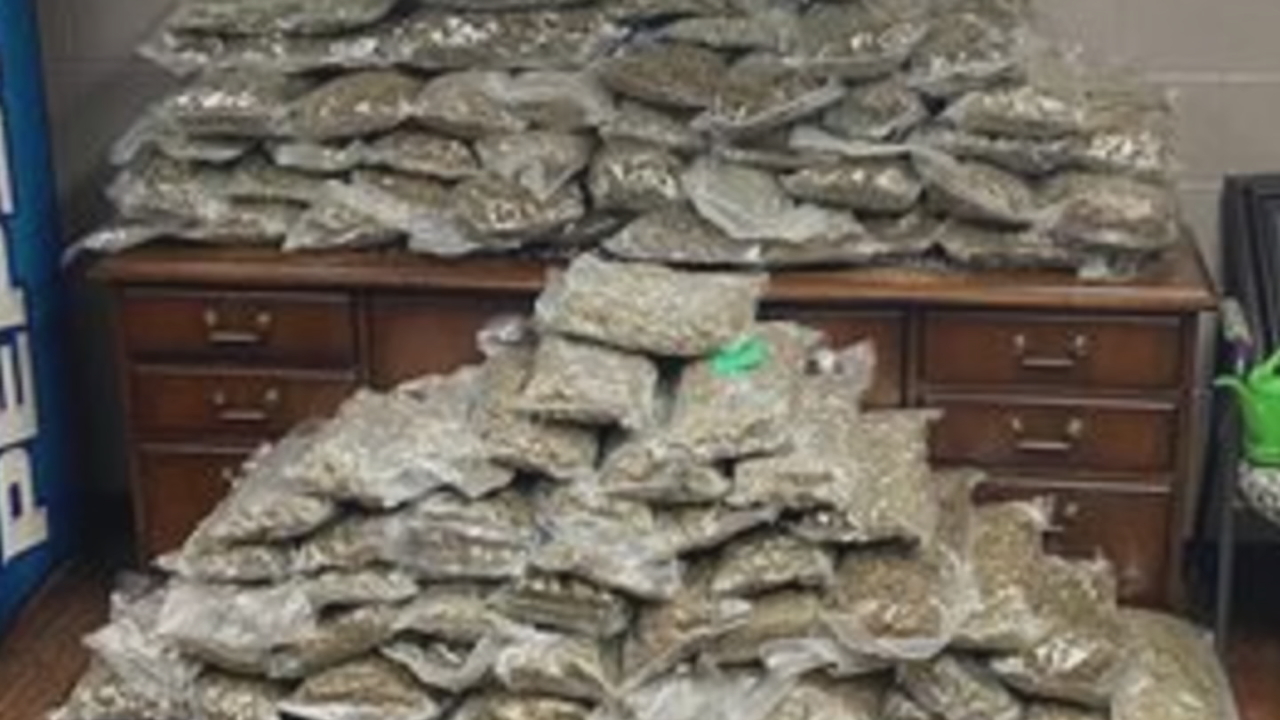 Mannford Police Officers made a big marijuana bust this week, taking more than 100 pounds of illegal marijuana off the streets.

Mannford's police chief tells me he believes the suspects picked up the drugs in Yale and were headed to Little Rock, Arkansas where they live. Police say it started as a traffic stop after Officer Joshua Caudle spotted a car without a working taillight driving on Highway 51 just after 1 o’clock Thursday morning and stopped the car in Mannford near 289th West Avenue.

The affidavit says Edward White was driving the car and Keyonna Montgomery was a passenger. The probable cause affidavit says when White rolled down the window the Caudle smelled marijuana first, then was overpowered by a strong odor of scented spray and cigarette smoke.

Police say White and Montgomery told the officer they didn’t have any IDs or vehicle information. The affidavit says when White was asked if he had any marijuana in the car, he told the Caudle he had a blunt in the ashtray.

The officer said he noticed several trash bags in the back seat and when he searched the car, he found seven trash bags full of marijuana in plastic bags. In all, Mannford Police confiscated 98 bags of pot, totaling 102 pounds. Officers said that's a street value of about $120,000.

Caudle and backing officer Vincent Martinez said they also found four unknown pills, a pill bottle with white residue inside, and four different cell phones. White and Montgomery were arrested and were booked into the Creek County Jail on a long list of drug complaints.

White also faces charges of driving with a suspended license and false impersonation because police say he initially gave officers his brother's name.