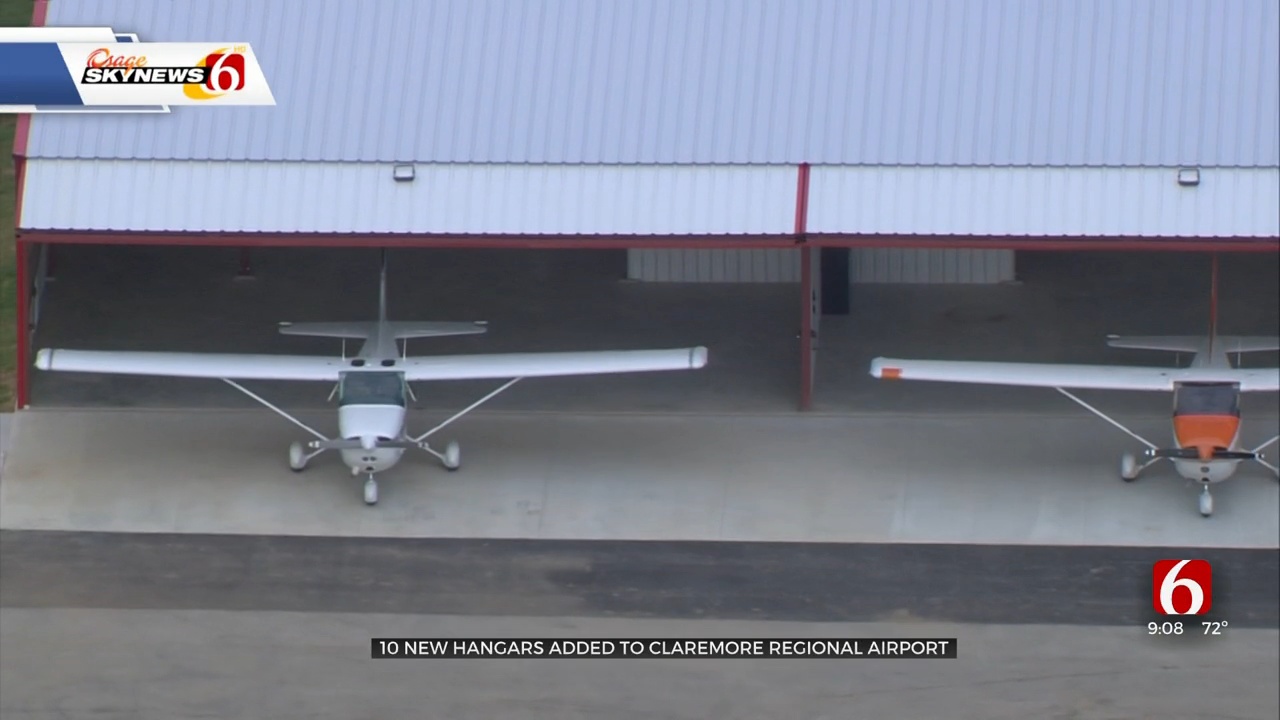 The Oklahoma aviation community is celebrating the construction of 10 brand new hangars at Claremore Regional Airport.

Folks in the aviation community said space to store airplanes is hard to find, making the new hangars in Claremore very popular.

Burk is the president of the Oklahoma Airmen Flying Club, which allows members to rent it’s airplanes.

When he was looking to expand operations, these new hangars at Claremore Regional Airport were too good to pass up.

"It's a great airport, it's an uncontrolled non-towered airport, so it's a little more flexible on flying, not as much traffic, a lot of people like to fly up here," said Burk.

The club now has two planes in the new hangars space that sold out within an hour.

"I get at least a call every week of someone inquiring if there's hangar space available out here so with that knowledge and contacts I just blasted out an email to everyone that was on the list and within less than an hour I sent out an email saying that everything was full," said Airport Manager Eric Winn.

He said the Claremore Industrial and Economic Development Authority financed the $800,000 project to help grow the airport.

The added space is a big draw for people like Burk who said more and more people are looking to store planes indoors away from Oklahoma's weather.

"The days of keeping airplanes sitting outside on ramps is gone," Burk said.

Construction On New Costco Is Underway In Owasso