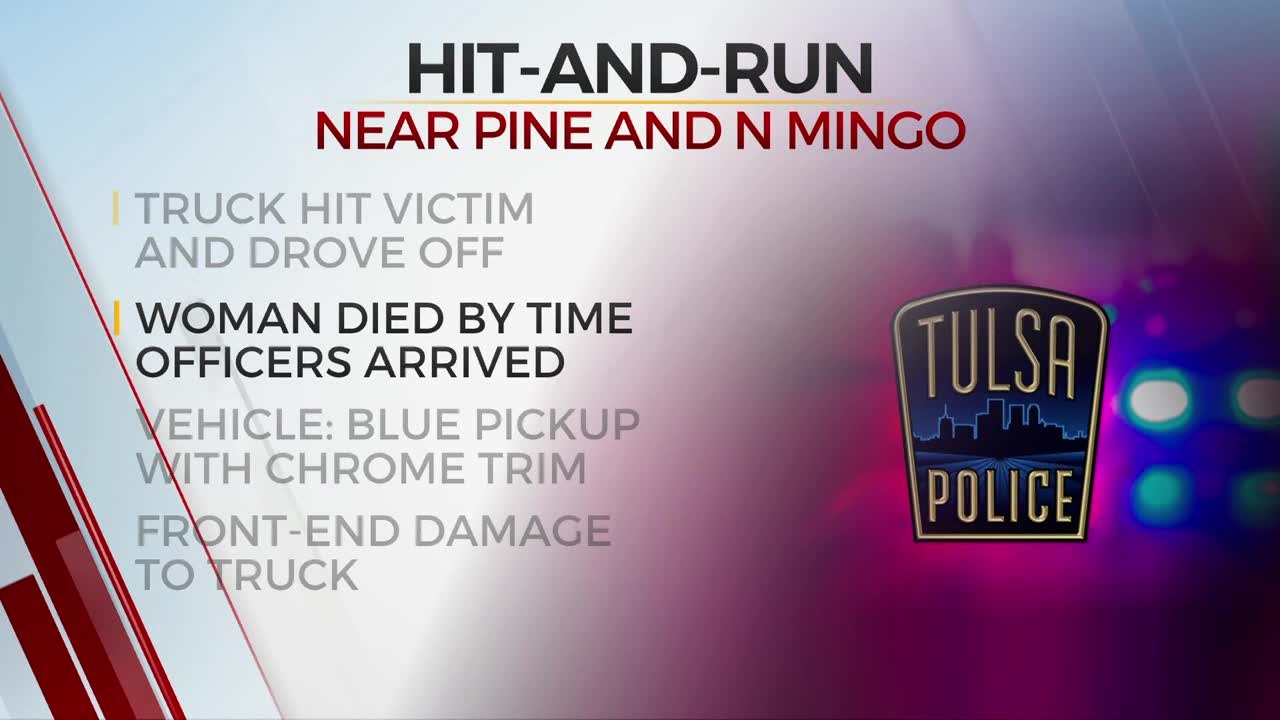 Police are investigating after a woman was killed in a hit-and-run crash in Tulsa early Saturday morning.

According to Tulsa Police, officers were called to the scene near North 97th East Avenue and Highway 412 at around 5:14 and found a victim who had been hit and killed. Police say the person responsible for the crash left the scene.

According to police, witnesses described the vehicle that was involved as a blue pickup truck. Police say the truck also appeared to have chrome trim, based on the debris that was left at the scene.

Police are now searching for the vehicle, which officers say should have front-end damage.

Police say they spoke with the victim's boyfriend who informed police that the two had recently arrived from out of state and had been living on the street.

Police have not yet released the name of the victim involved.