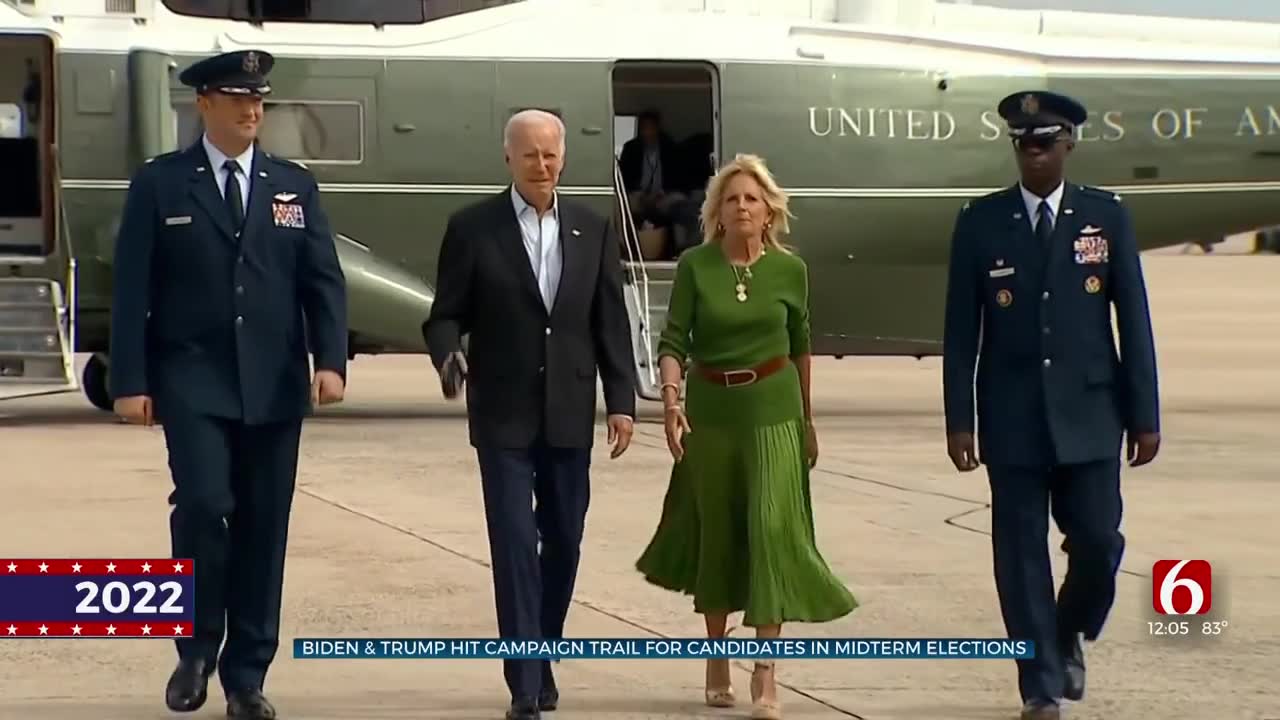 President Biden is making his third trip to Pennsylvania in less than a week and returning just two days after his predecessor, Donald Trump, staged his own rally there — illustrating the battleground state's importance to both parties as Labor Day kicks off a nine-week sprint to crucial midterm elections.

Trump spoke Saturday night in Wilkes-Barre, near Scranton, where Mr. Biden was born. The president made his own Wilkes-Barre trip last week to discuss increasing funding for police, decry GOP criticism of the FBI after the raid on Trump's Florida estate and to argue that new, bipartisan gun safety measures can help reduce violent crime.

Two days after that, Mr. Biden went to Independence Hall in Philadelphia for a prime-time address denouncing the "extremism" of Trump's fiercest supporters. On Monday, he attended Labor Day festivities in Milwaukee, in another key swing state, Wisconsin, before traveling to Pittsburgh for that city's parade.

The unofficial start of fall, Labor Day also traditionally kicks off political crunch time, with campaigns scrambling to excite voters ahead of Election Day on Nov. 8. That's when control of the House and Senate, as well some of the country's top governorships, will be decided.

Trump has endorsed candidates in key races around the country and Biden is warning that some Republicans now believe so strongly in Trumpism that they are willing to undermine core American values to promote it. The president said Thursday that the midterms will be a battle "for the soul of the nation," the same slogan he used to win the 2020 election, and that "blind loyalty to a single leader, and a willingness to engage in political violence, is fatal to democracy."

Trump said during his Saturday rally that Biden's Philadelphia appearance featured "the most vicious, hateful and divisive speech ever delivered by an American president."

"He's an enemy of the state," the former president said.

Monday marks the president's return to another theme that was a centerpiece of his 2020 campaign, that labor unions burnished the middle class, which in turn built and strengthened modern American society.

Endorsements from key unions helped Mr. Biden overcome disastrous early finishes in Iowa and New Hampshire to win the Democratic primary, and eventually the White House. He has since continued to praise labor unions — even though many voters without college degrees, many working class, remain among Trump's strongest bloc of supporters.

Mary Kay Henry, president of the 2-million-member Service Employees International Union, called Mr. Biden championing unions heading into the midterms "critical" and said that the labor movement must "mobilize in battlegrounds across the country to ensure that working people turn out."

"We're really excited about the president speaking directly to workers about, if he had the opportunity, he'd join a union," Henry said. She added: "This president has signaled which side he's on. And he's on the side of working people. And that matters hugely."

Mr. Biden, meanwhile, has personal history with Pittsburgh's Labor Day parade, which is among the nation's largest. He attended the 2015 installment as vice president and returned in 2018. Both times, Biden, now 79, faced questions about whether he'd run for president in upcoming elections — which he opted against in 2016 before winning the White House in 2020.

This year, the oldest president in the nation's history has faced speculation about if he'll seek a second term in 2024 — though he's insisted that's his intention, and the pressure has dissipated some in recent weeks, amid a string of policy and political successes for Biden and his party.

Still, both perennial presidential battleground states Biden is visiting on Monday may provide key measures of Democrats' strength before this November and 2024. With inflation still raging and the president's approval ratings remaining low, how much Mr. Biden can help his party in top races remains to be seen.

In Wisconsin, Democratic Lt. Gov. Mandela Barnes is trying to unseat incumbent Republican Sen. Ron Johnson, but drew criticism from Johnson's campaign for being noncommittal beforehand about appearing with Biden in Milwaukee. In the state's other top race, Tim Michels, a construction executive endorsed by Trump, is attempting to deny Democratic Gov. Tony Evers a second term. Evers said he planned to join Mr. Biden on Monday.

The Pennsylvania and Wisconsin races could decide which party controls the Senate next year, while the winner of each governorship may influence results in 2024's presidential election. The stakes are particularly high given that some Trump-aligned candidates have spread lies about widespread fraud that did not occur during the 2020 election — raising questions about what might happen if a candidate they don't support wins the next presidential contest.