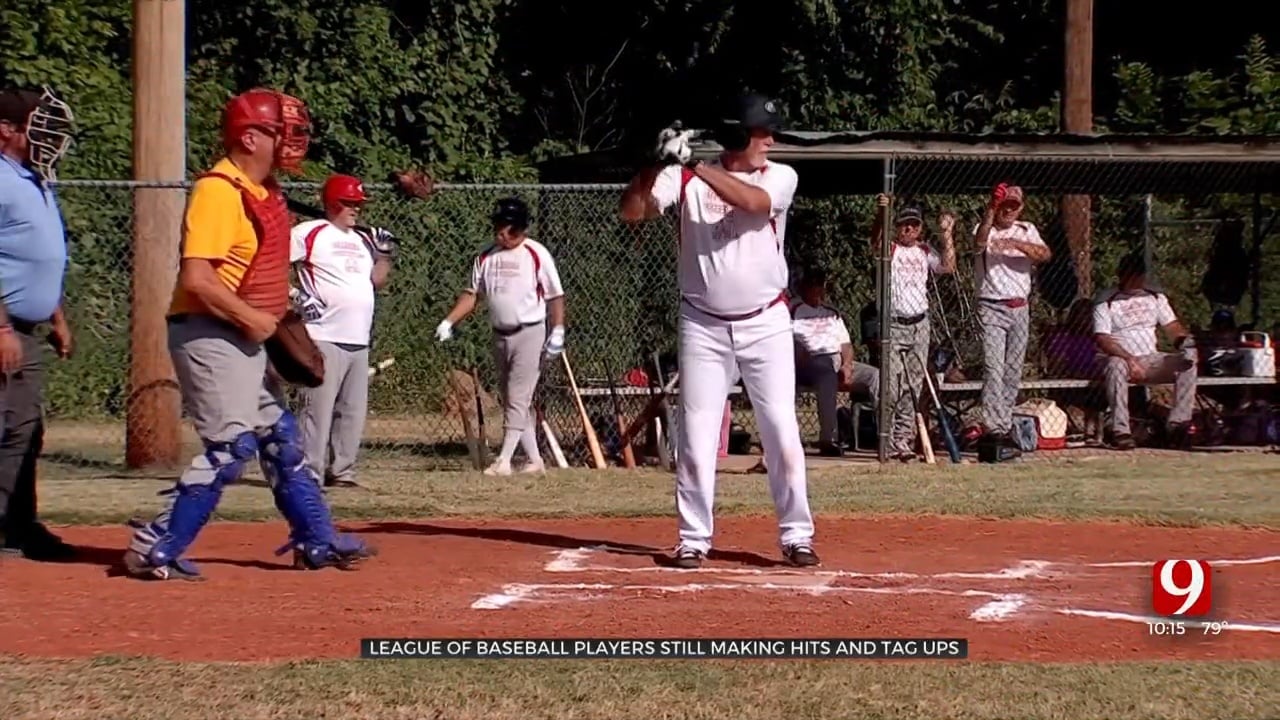 When the days get hot and the sun radiates down on sparkling green diamonds across the land, something magical happens. Glory days are lived, and some are relived. Kelly Ogle recently took the field with some boys of summer, some who laced up their spikes for the first time 70 years ago.

“Why First base?” Kelly asked one of the players. “Two knee replacements, can’t run but I can still hit,” was the answer.

“Ever afraid of getting hurt out there?” asked Kelly. “Nobody moves fast enough, and the ball isn’t thrown hard enough to get hurt,” answered Sellers.

Don't kid yourself, every one of these players, all at least 60 years old, are used to playing with some pain, it comes with the territory at 65, 70, 77 years old. On a Del City diamond, that a handful of these guys toiled over for weeks to bring back to life, they loosen up old joints that don't mind the summer heat so much.

This is Senior baseball, no, not softball, these guys play hardball. They come from all backgrounds, even politics.

“Ladies and gentlemen, you are talking to three politicians who I think would agree this is a lot more fun than being in office,” jokes former state legislator Richard Morrissette.

Every game starts with the anthem, and a prayer of gratitude. Being able to suit up and hit the diamond again is an opportunity to touch the past.to feel like a kid again.

“I promised myself when I was 40 if I was still healthy at 50, I’d quit. And I did. It was awful. I cried all night!” said catcher Gary Hammer.

Most of these guys played high school baseball, some played in college, a few even had a brush with the minor leagues 40 or 50 years ago. And they still know how.

“I love these guys, they still play for the right reasons,” says Umpire Ron McIntosh. “They love it, they play the right way, they hustle in and out. They’re having fun.”

A few grandkids even showed up to cheer on their grandpas.

“I don’t think they’re messing around; they’re having a good time. But it’s still legitimate baseball out here,” said one of those grandkids.

“Makes me feel like I’m not active enough,” said another of the youngsters.

By the way, the league is looking for more players so grab your glove and maybe some ibuprofen and join the fun.

For those interested in playing, contact Gary Hamner at ghamner4@gmail.com. There will be a practice at Del Crest Mid High at 9 a.m. Saturday, so folks can bring their gloves and come by to check it out or join in.