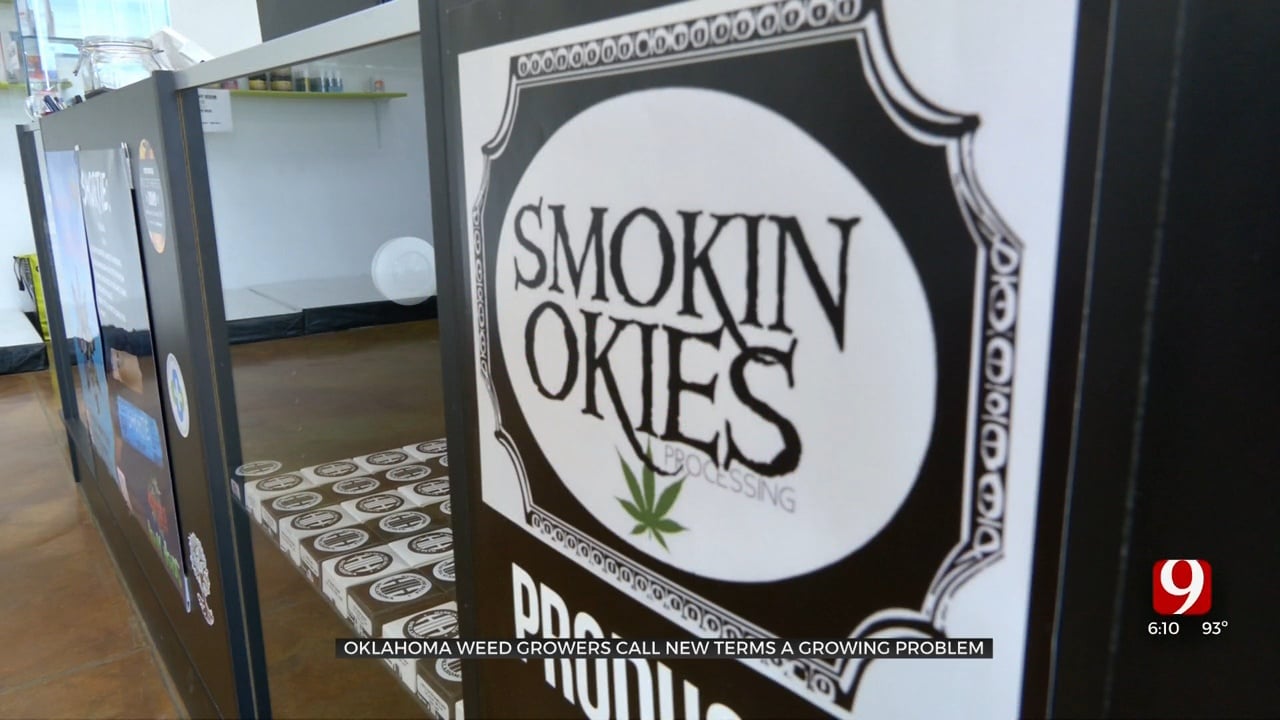 Growers, processors and dispensary owners said they got an unexpected email from Metrc, the company OMMA uses for their seed-to-sale program, saying if they don’t agree to their terms, they can’t open up shop.

Mary Jane Dispensary owner Darrell Carnes said he feels like he’s being held hostage. If he wants to keep his doors open, he has to accept the change of terms.

"You had the option to accept or decline," said Darrell.

"I had a client call me and say this doesn't really feel like a choice when my choice is comply and sign it or refuse to sign it and you are DeFacto not compliant," explained Attorney and Partner with Climb Collective, Kaimbri White.

"You can't operate in Oklahoma today moving forward unless you agree to this right now. You have a fear of not accepting it and going completely out of business today," said Darrell.

The ULA for the most part is pretty standard said Kaimbri; but there are two parts that make her and those in the industry look twice.

The first is in Section 7, and it relieves Metrc of any liability if its software fails.

"You're waiving your right to sue them," said Kaimbri.

The issues that cause those losses have continued to pop up since the seed to sale implementation.

"I don't necessarily think you're totally waiving your rights to recover if this software ends up costing you a significant amount of money or your business. I think you have significant claims I just don't know they're against Metrc," Kaimbri said.

Kaimbri also said possibly OMMA would be the defendant. OMMA declined to comment due to current litigation and they can't comment on anything to do with Metrc.

What laws apply to this ULA has also raised a red flag because it said it'll be Florida, not Oklahoma laws that'll hold up in court.

"The only relevance that Florida has is when I bring that suit in Oklahoma the judge is going to say if Florida tells me those are unenforceable, but Oklahoma says they're enforceable we would have to apply Florida law," explained Kaimbri.

ULAs (user license agreements) are standard business practices and are governed by the laws of the state the software company resides in. They are commonly accepted when people download applications or use software on their phones, laptops or devices of any kind.

Metrc's software license agreement, which all licensees agree to prior to using the system, is an example of this standard ULA practice. Any user who logged into the Metrc system in the past would have had to agree to a ULA. Recently, Metrc updated its ULA language (which is a regular practice for companies who provide these services). The newest version incorporates similar language as previous agreements surrounding laws that govern the use of software in the state.