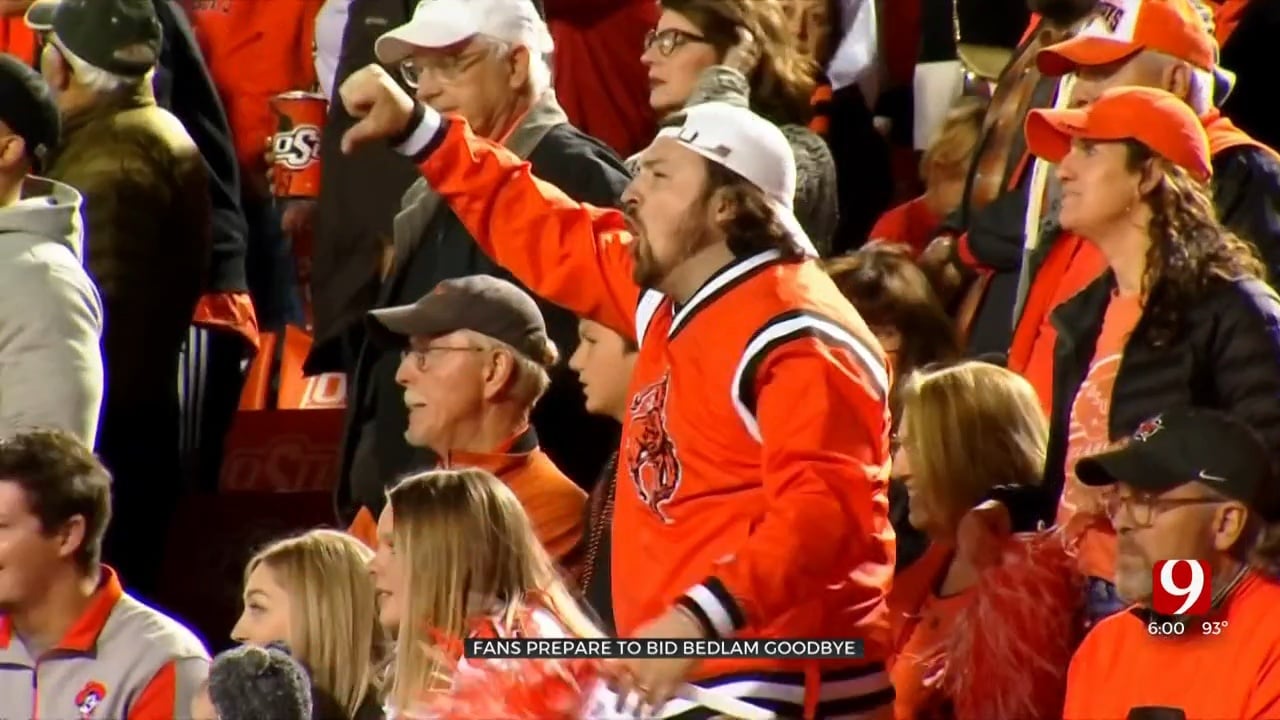 The ultimate rivalry in the Sooner State, Bedlam, is officially coming to an end. Athletic directors from both schools confirm that the game will be coming to an end when OU joins the SEC.

Both OU and OSU athletics say the rivalry game cannot be worked out as a non-conference game in the future.

OU students and fans say they will miss the camaraderie that went along with the Bedlam football game.

“A lot of people are going to be devastated. that game is something people look forward to each year,” said OU student, Matthew Gordon.

“It's just something that- if you live in Oklahoma, you always watch it,” said OU fan, Cassidy Brown.

OSU and OU faced off for the first time 112 years ago, just three years after Oklahoma became a state. It is one of the longest continuous rivalries in college football.

Fans from both sides say they can’t imagine Sooner or Cowboy football without the Bedlam game.

“I think it's actually the most important rivalry because of the role that it has in claiming ownership of state rights in terms of who's the best,” said Greene.

Even with the news coming out today about the rivalry coming to an end, fans from both teams are hoping they can take home the win at the last Bedlam game.

“It has to be crazy with both of us in the top 10 right now if both teams keep winning it builds for a really good matchup,” said Baker.

“Hopefully we can make it a little sour for them and a little sweeter for us. But it should be a good way to go out,” said Derek Madden.

Some fans are even holding out hope that Bedlam will make a comeback in the future.

“I have a strange feeling that they will renew the rivalry in a couple years,” said Baker.

“I hope that OU and OSU can put aside any petty differences and work together to provide what the state wants, which is for them to play each other,” said Greene.