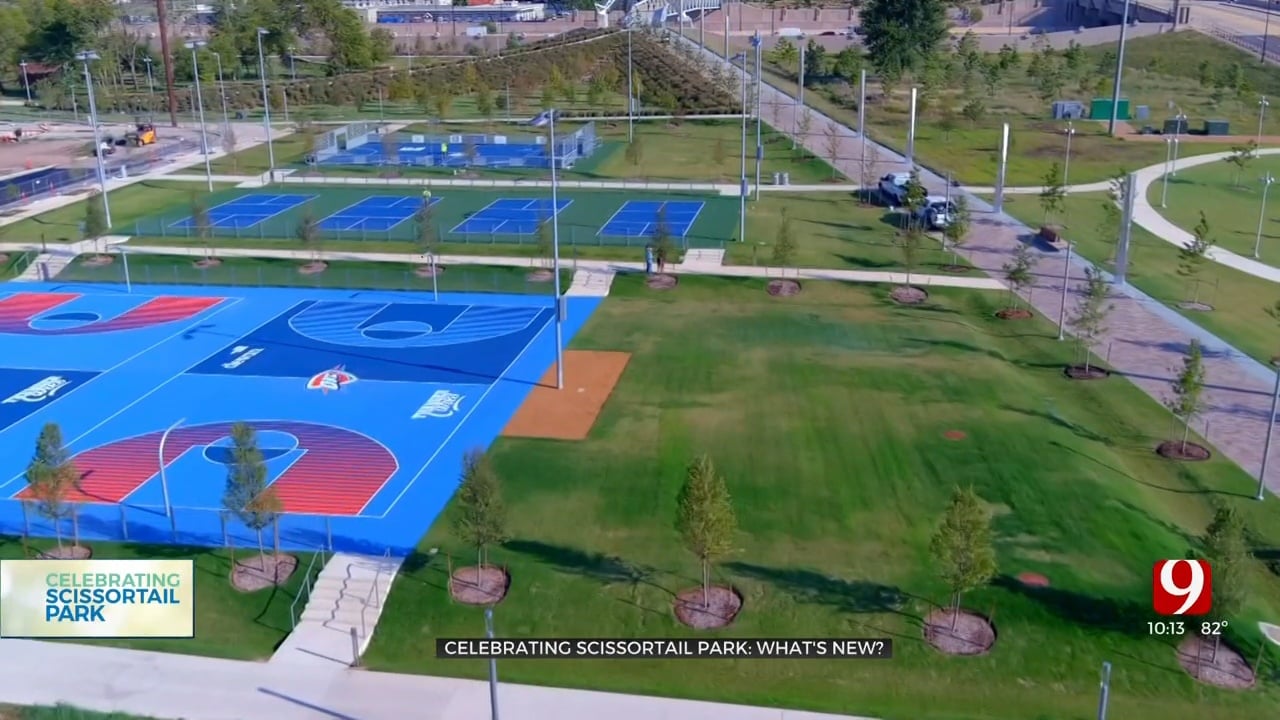 It's been three years since Scissortail Park first opened. The lower park will share some of the same amenities when it opens this Friday. But there will be some new, different things to enjoy.

“It's different because we have a lot of athletic courts here that we don't have in the upper park,” explains Scissortail foundation CEO Maureen Heffernan, as she showed News 9’s Amanda Taylor around the lower park. “Right here is a fabulous new almost recreation size massive soccer field.”

That soccer pitch, with turf and overhead lights, is perhaps the most noticeable addition to the park. A new partnership with the downtown YMCA means kids and adults who sign up for their programs will get to play here. Previously the downtown Y could not offer sports.

“We just think it's important to have a space downtown where we can offer these things to the community,” explains DaMone Redd Sr, Sports Director for the Downtown YMCA. “Especially the youth, coming out of Covid both adults and children needed an outlet and we'll be able to provide it to more people now.”

They'll have practices out here a couple days a week and games on weekends. Otherwise, the field is open to anyone who has a ball and wants to play.

“That's a futsal court, behind that we have four pickleball courts,” says Heffernan. “We already know we're going to need to build more. But at least we have a start of four courts there. And then we have two basketball courts there are branded by the Thunder.”

Those are also available to anyone who wants to play.

And speaking of playing.

“It's meant to be a place where kids can use natural materials to play on or build cool things. Like this tunnel to run through, logs to play on stones,” says Heffernan as they make their way to the “playground" on the lower park. It’s much different than the one in the upper park.

“I think it's a real trend to have these natural playgrounds. it gives kids a sense of being outdoors, hands on natural materials they call it more self-directed play so playground equipment is really fun and wonderful but it kind of tells you how to use it. Whereas here this is a space kids can use their creativity on how to play.”

Programming by rangers will be nature based. And additional features will be added to the playground in the coming years.