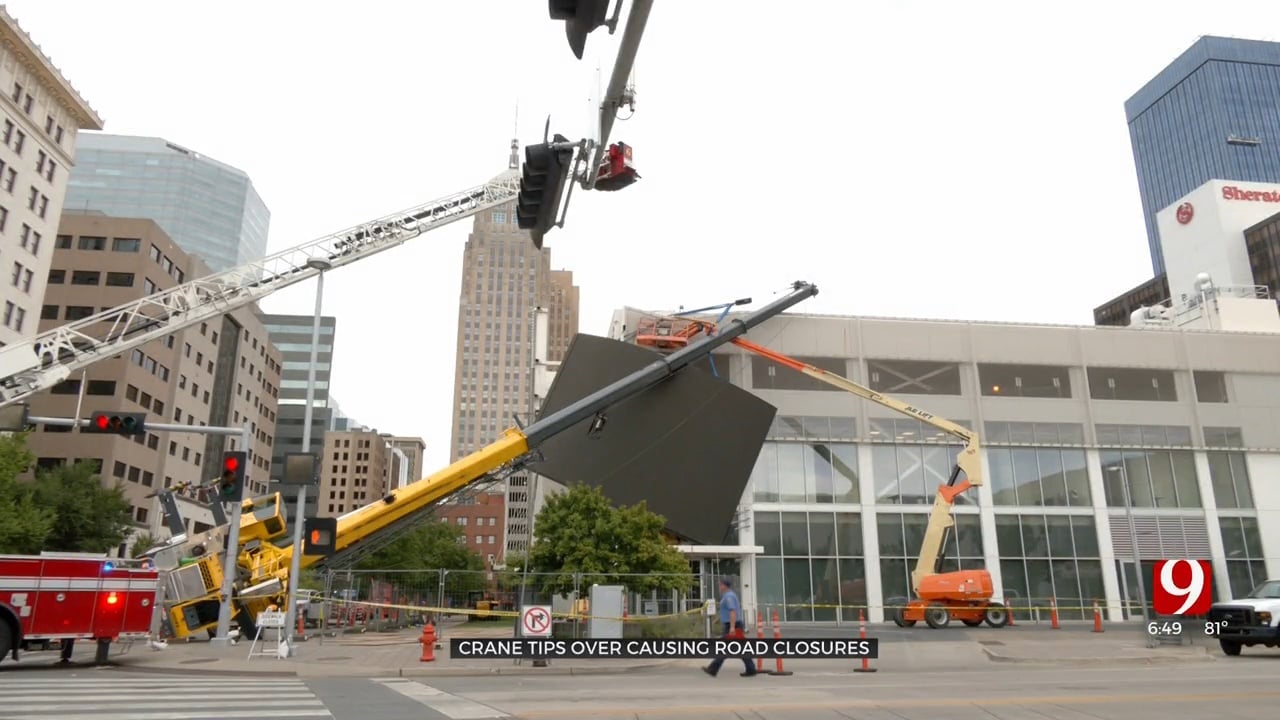 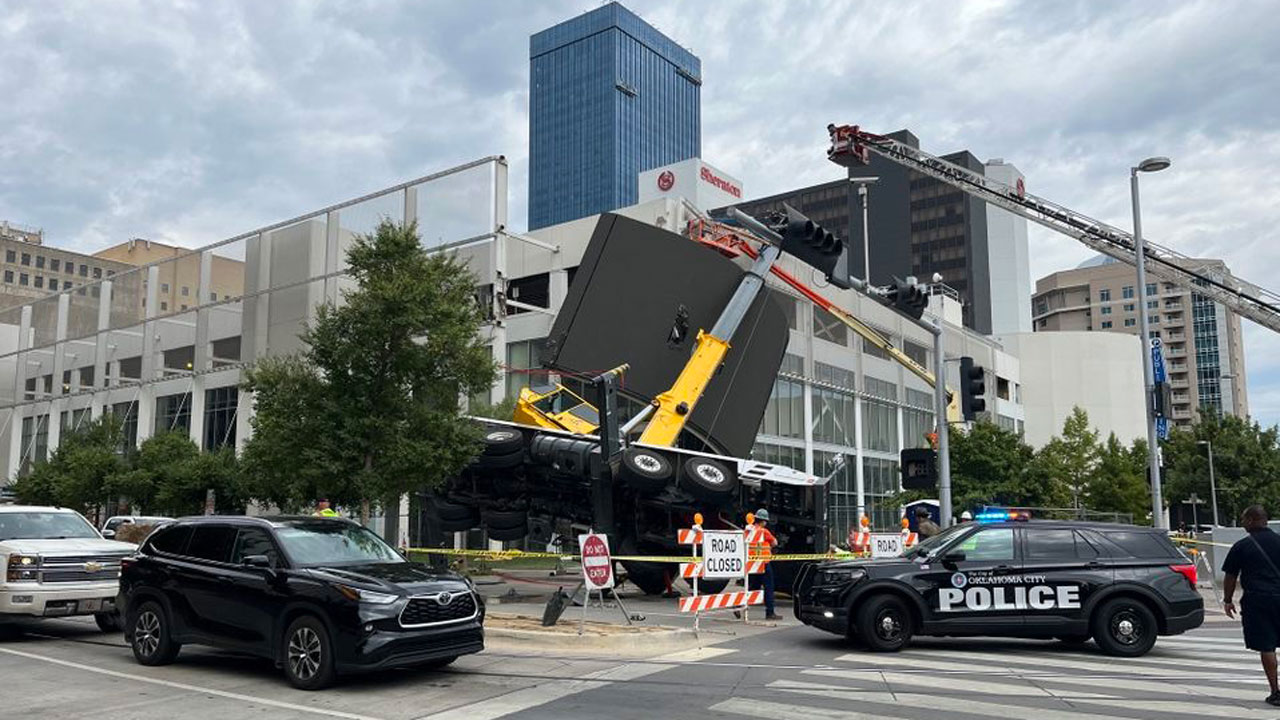 Crews were called to 100 W. Main Street, which is the future home of News 9.

The crane weighs about 60 tons according to authorities, and it caused some structural damage to the building.

The person who was on the large crane was taken to the hospital with minor injuries. Two others on the small crane were not injured, authorities say.

Roads will be closed overnight and crews will return in the morning.

OKC Streetcar said due to this incident, the Streetcar service will remain suspended until further notice.