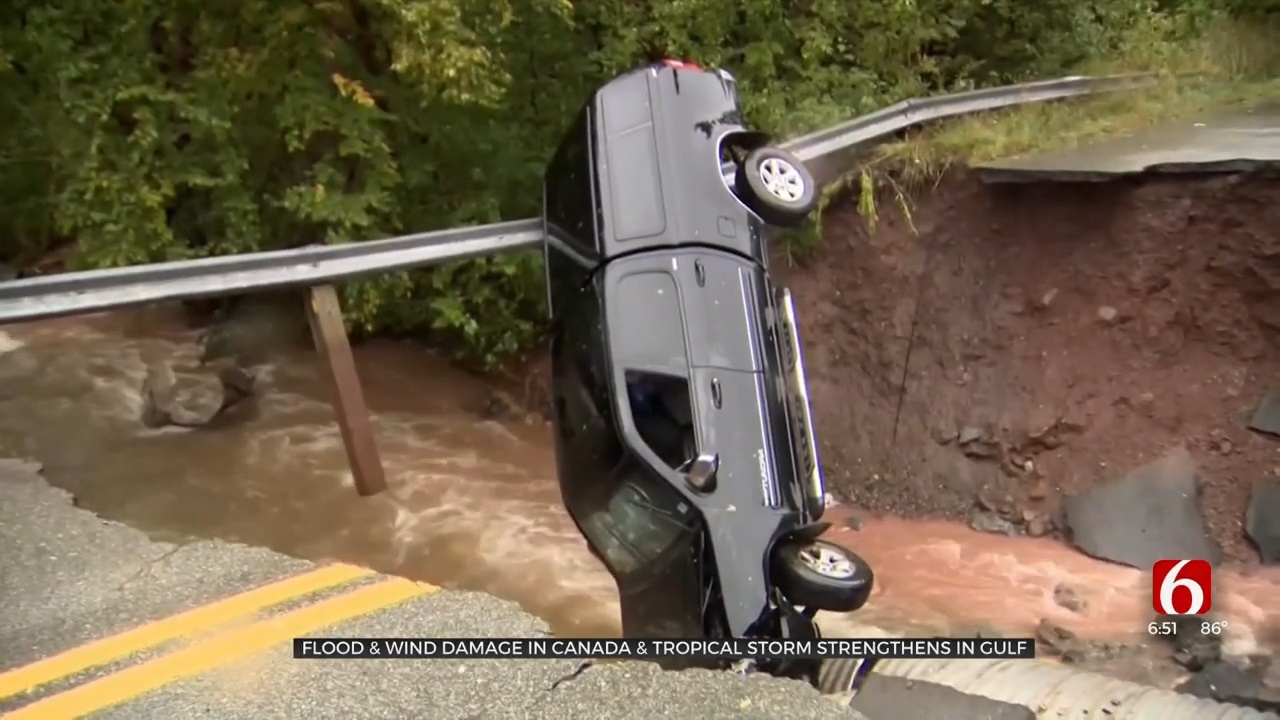 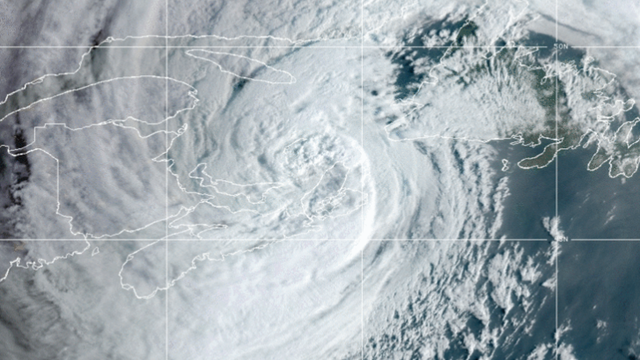 Fiona, a big, powerful post-tropical cyclone, knocked out power to more than 500,000 customers, washed houses into the sea and tore roofs off structures in Atlantic Canada Saturday.

Ocean waves pounded the town of Port Aux Basques on the southern coast of Newfoundland, where entire structures were washed into the sea. Mayor Brian Button said Saturday over social media that people were being evacuated to high ground as winds knocked down power lines.

"We've already had houses … that are washed away," he said.

Button said anybody who has been told to leave their home needs to leave. "It is just a pure mess out there," he said.

The Royal Canadian Police said the town of 4,000 is in a state of emergency as authorities deal with multiple electrical fires and residential flooding.

More than 415,000 Nova Scotia Power customers — about 80% of the province of almost 1 million — were affected by outages Saturday morning. Over 82,000 customers in the province of Prince Edward Island were also without power, while NB Power in New Brunswick reported 44,329 were without electricity.

Fiona transformed from a hurricane into a post-tropical storm late Friday, but meteorologists cautioned it still could have hurricane-strength winds and would bring drenching rains and huge waves.

"The talk of a historical storm definitely looks like it's shaping up to be true," Ian Hubbard, meteorologist for the Canadian Hurricane Centre in Dartmouth, Nova Scotia, said Saturday morning.

Nova Scotia Premier Tim Houston said they have requested military and disaster assistance from the federal government. He said roads are washed out including his own and said an "incredible" amount of trees down.

"It is pretty devastating. The sad reality is the people who need information are unable to hear it. Their phones are not working, they don't have power or access to the internet," Houston said.

Peter Gregg, President and CEO of Nova Scotia Power, said unprecedented peak winds caused severe damage. "In many areas, weather conditions are still too dangerous for our crews to get up in our bucket trucks," Gregg said. He said about 380,000 customers remain without power as of Saturday afternoon.

Prince Edward Island Premier Dennis King said they've also had no reports of any significant injures or worse. "Islanders heeded the warnings," he said. King said few communities were spared and said the devastation looks to be beyond anything they've witnessed in the province. He said over 95% of islanders remain without power.

The Canadian Hurricane Centre tweeted early Saturday that Fiona has the lowest pressure ever recorded for a storm making landfall in Canada. Forecasters had warned it could be the one of the most powerful storms to hit the country.

A state of local emergency has been declared by the mayor and council of the Cape Breton Regional Municipality amid widespread power outages, road closures and damage to homes.

"There are homes that have been significantly damaged due to downed trees, big old trees falling down and causing significant damage. We're also seeing houses that their roofs have completely torn off, windows breaking in. There is a huge amount of debris in the roadways," Amanda McDougall, mayor of Cape Breton Regional Municipality, told The Associated Press.

"There is a lot of damage to belongings and structures but no injuries to people as of this point. Again we're still in the midst of this," she said. "It's still terrifying. I'm just sitting here in my living room and it feels like the patio doors are going to break in with those big gusts. It's loud and it is shocking."

McDougall said the shelter they opened was full overnight and they will look to open more.

In Sydney, Nova Scotia, the largest city in Cape Breton, about 20 people have taken refuge at the Centre 200 sports and entertainment facility, said Christina Lamey, a spokeswoman for the region.

Arlene and Robert Grafilo fled to Centre 200 with their children after a massive tree fell on their duplex apartment.

"We heard a lot of noise outside and then we realized that there are a lot of cracks in the house and we looked outside and saw the tree had fallen," said Arlene Grafilo, 43, as her children — ages 3 and 10 — played in a waiting area set up by the Red Cross.

"We were trapped and we couldn't open the doors and the windows, so that's when we decided to call 911. The children were scared," she said, adding firefighters eventually rescued them.

The federal Public Safety ministry advised against all non-essential travel by car.

The fast-moving Fiona made Nova Scotia landfall before dawn Saturday, with its power down from the Category 4 strength it had early Friday when passing by Bermuda, though officials there reported no serious damage.

A hurricane watch was issued for coastal expanses of Nova Scotia, Prince Edward Island and Newfoundland. The area could see up to 10 inches of rain from the storm, the U.S. National Hurricane Center (NHC) said Saturday, adding that flooding is expected and could be "significant."

"We of course hope there won't be much needed, but we feel there probably will be," Trudeau said. "Listen to the instructions of local authorities and hang in there for the next 24 hours."

Hurricanes in Canada are somewhat rare, in part because once the storms reach colder waters, they lose their main source of energy. But post-tropical cyclones still can have hurricane-strength winds, although they have a cold core and no visible eye. They also often lose their symmetric form and more resemble a comma.