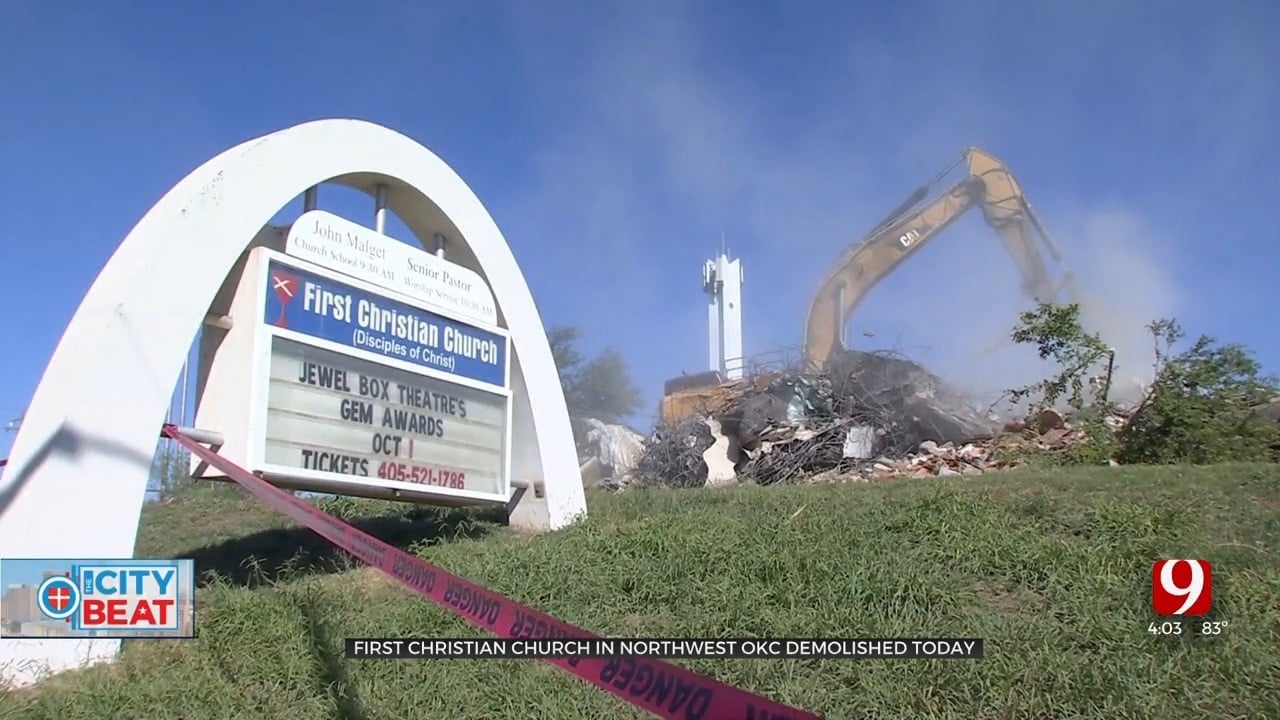 A historic building once called “The Church of Tomorrow” was torn down Monday.

The shape of the First Christian Church on Northwest 36th Street and North Walker Avenue led to the nickname "The Egg Church."

The vacant building was plagued by costly of upkeep, but many neighbors now say they don't like the way the demolition was carried out.

“It was definitely a quick hit to get around any preservation efforts,” Crown Heights-Edgemere Heights Neighborhood Association president Molly McBride said.

“It’s a heartbreaking thing. It’s a landmark in Oklahoma City, a fantastic mid-century building that’s been there 70 years and to have it lost in such a sneaky way was especially upsetting.”

Resident David Dobson, who has lived in the neighborhood for 25 years, said seeing the rubble brought a tear to his eye.

“I was in shock. Absolutely, I was in shock,” Dobson said. “I was on a walk and I got a text from a friend that the demolition permit had been issued and I came over here and it was already down.”

Those neighbors hope any future developers will keep the integrity and history of the neighborhood in mind.