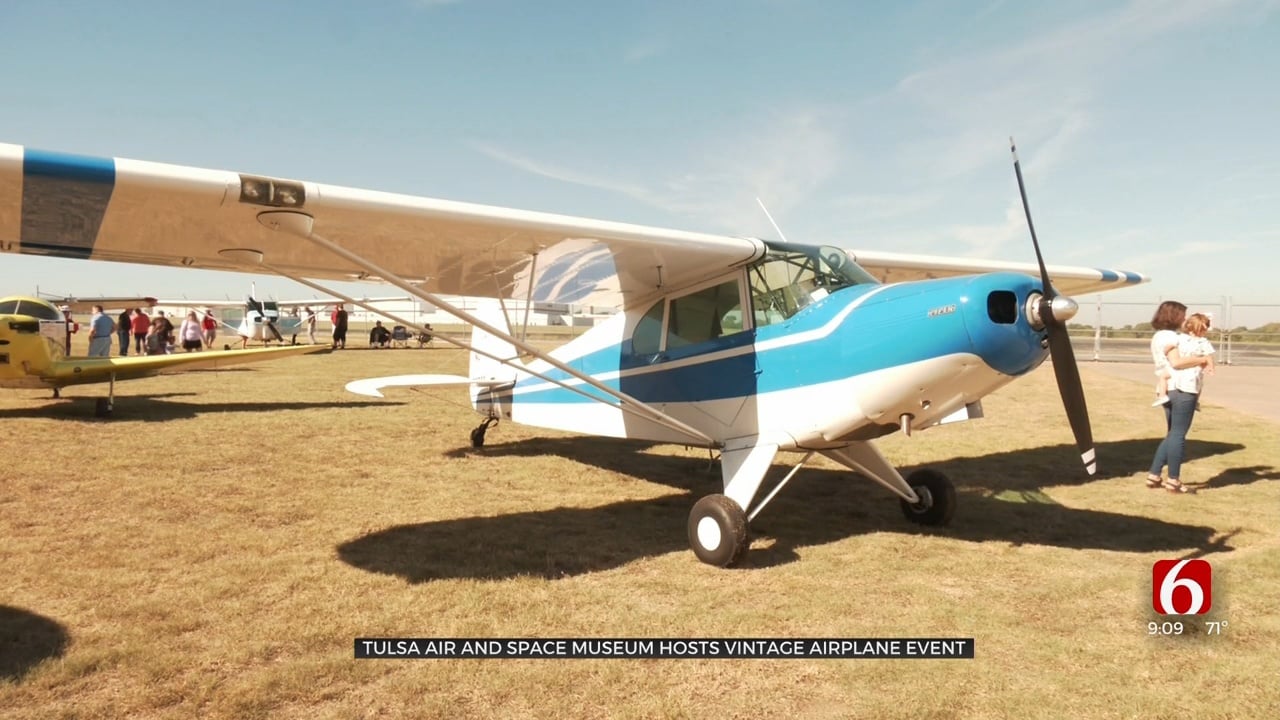 The Tulsa Air and Space Museum and Planetarium hosted a plane show on Saturday.

People who attended this event got to learn about vintage planes and actually see them up close.

Several families stopped by and enjoyed vintage planes. LaToya Shaw bought her 3-year-old-daughter Zyyah Shaw out to the plane show, and she said she came because of her daughter's unique love for planes.

"My daughter has just been 100 percent into planes before she could even talk," Shaw said.

Shaw said she wants to influence her daughter's love for planes by attending events like this.

"I figured this would be a nice chance to see the planes up close and also talk to some of the pilots and also get more familiar and educated about the planes," Shaw said.

Tonya Blansett, Executive Director of the Tulsa Air and Space Museum and Planetarium says they are always trying to think of new events that will get people interested in aviation.

"It's really great, especially for kids to become inspired and to be able to touch the planes, talk to the owners and really grow their imagination," Blansett said.

Pete Sanstead has been a volunteer at the museum for two years and is a former engineer. He loves to educate people on the role of aviation in Tulsa as well as show love for his 1947 Piper PA12 plane.

"I am a retired engineer, and we give tours, answer questions, and basically try to keep people interested in aviation," Blansett said.

Employees and volunteers at the museum said they love putting on events like this because they get to share their love for aviation.