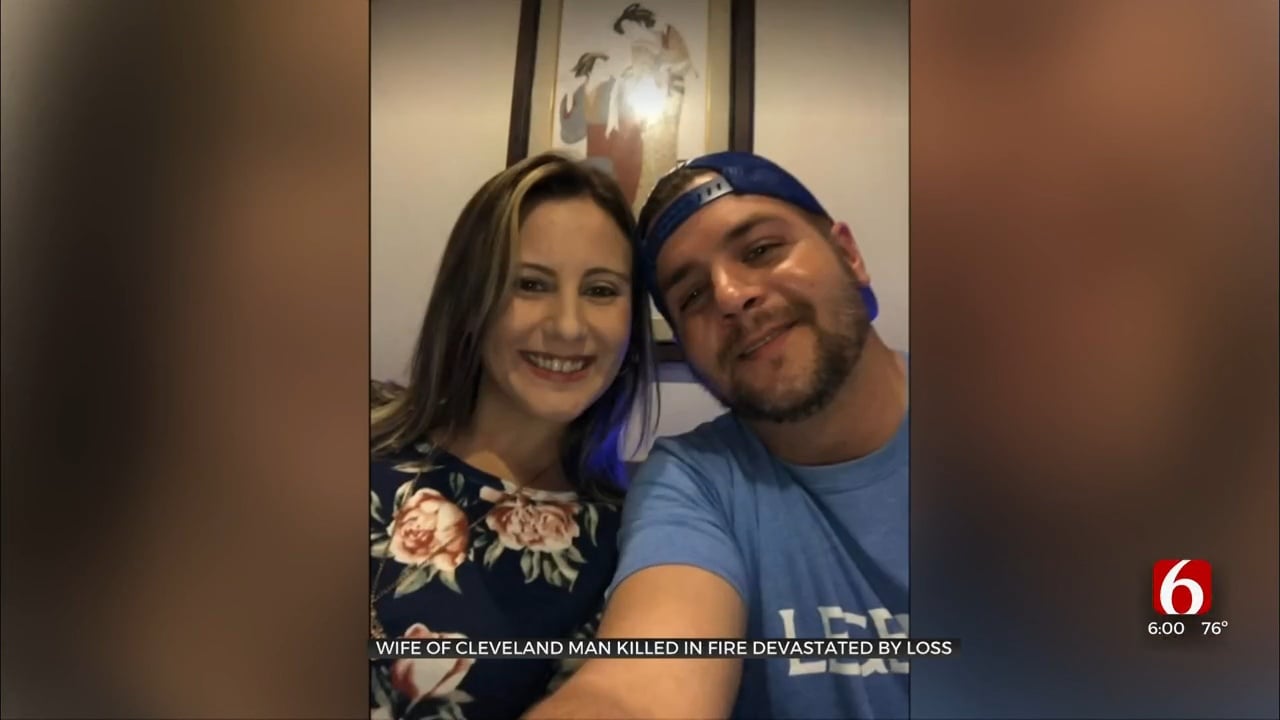 A Cleveland woman said it's hard to even believe her husband is gone after the family's home caught on fire.

She said he made sure his family was out and safe before going back in for the family's pets.

Mattie Badgwell said her husband David was a quick witted, funny man who put his family above everything else.

"I think that's what I'm going to miss the most, like he wasn't a perfect man, but he was perfect for us," she said.

David died last week after his family's house in Cleveland caught on fire in the middle of the night.

"He woke up screaming, 'Fire, Fire, Mattie the house is on fire,' and I remember waking up and our bedroom was on the far end of the house, and you just see this glow, it's just a huge glow," Mattie said.

Mattie said David was able to get her and their two kids out safely, but went back in to help save the family's pets.

Mattie said right now it doesn't even seem real that David's gone, and she feels like he's about to walk in the room or respond to a text.

"You keep getting upset and you keep asking why, why did this happen, why did he go back into the house, why was there even a fire, but I have to be thankful for him, because I didn't wake up to the alarms, he did," she said.

She said the support she's gotten from everyone, even strangers, has been incredible. While she's heartbroken, she wants David to be remembered for the great man he was.

"He got us out of the house and saved us, but that's who he was, he would give you the shirt off his back, he loved everybody," she said.