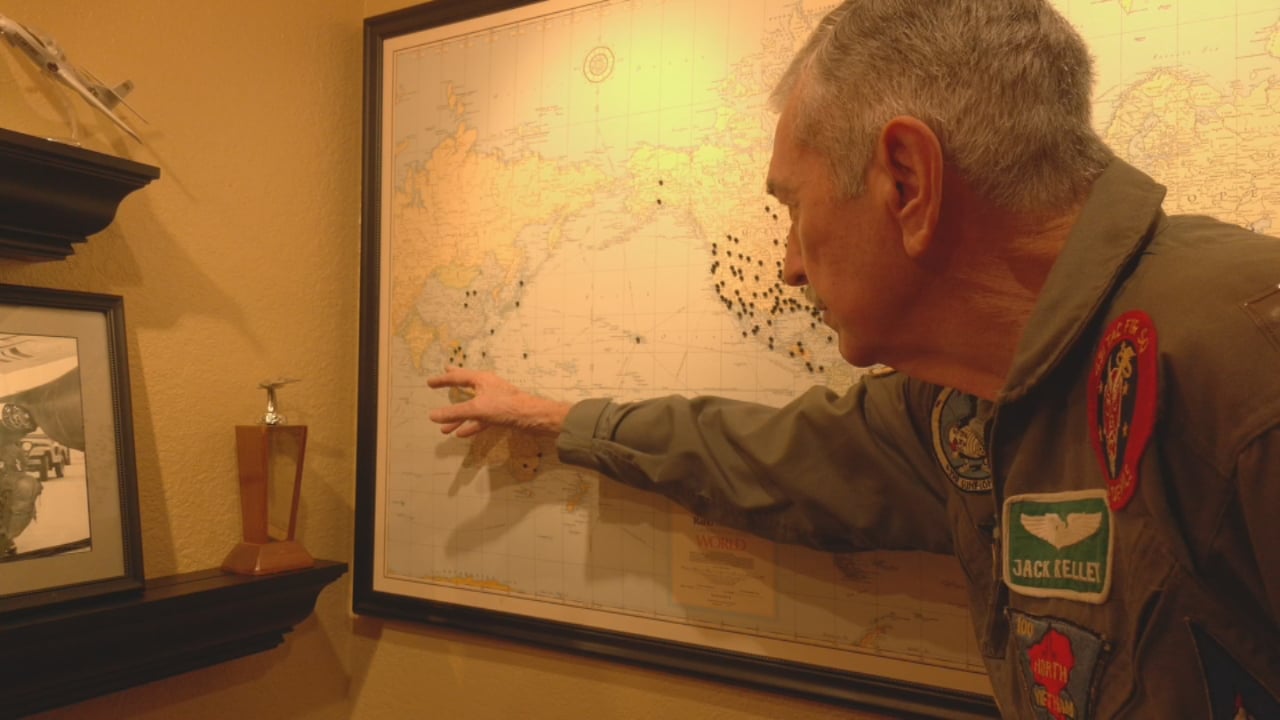 Retired Lt. Colonel Jack Kelley served in the Air Force for 28 years and flew in 160 combat missions when he fought in Vietnam.

He was shot down twice and the person who rescued him the second time happened to be a fellow Oklahoman.

"A country boy from Pawnee, born out on a farm north of town, in 1940, and I went right down the chute, what they call pipeline to Vietnam," he said.

He was a pilot in Vietnam, flying in 160 combat missions. 100 over north Vietnam, and 60 over Southeast Asia.

"There's nothing like flying, it's the greatest thing there is to do, to be able to, it's like being a bird, go where you want, and as fast as you want to go there," he said.

Jack was shot down on both his 85th and 145th missions. On the 145th, he was hanging in a tree for four and a half hours before being rescued.

"I was getting ready to do this when the chopper came pop pop popping over, that's a great sound when you didn't know whether you were going to be in jail or dead," he said.

He says that was the first-night helicopter rescue in the war, and the pilot of the rescue helicopter turned out to be someone from his hometown of Pawnee.

"There was an article in the Tulsa Tribune I believe the day I after I was picked up that said Sooner rescues Sooner, a guy named Lynn Wells from Pawnee was the Pilot of the helicopter out of Thailand that came over," he said.

He says it took him about 20 years to open up about what happened in Vietnam but now speaks about it often.

"We were fighting communism, and they were going to destroy everything they could get their hands on, and we were there to stop that," he said.

He says serving in the military is one of his greatest accomplishments and has advice for anyone thinking about joining.

"Don't have any fear, trust in the Lord, and you'll be fine," he said.

Scholarships Named In Honor Of 2 Veterans From Miami