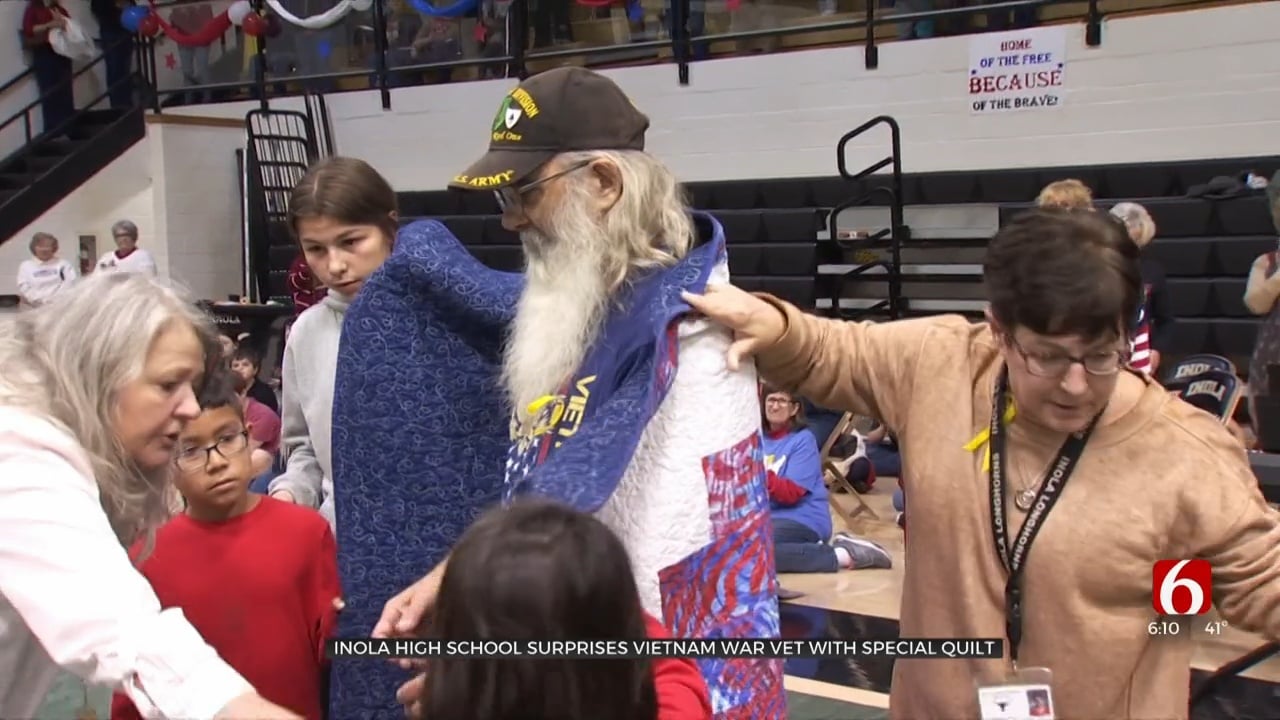 Students in Inola surprised a Vietnam War veteran on Friday at their Veterans Day assembly.

A man who has dedicated so much time to honoring other veterans was recognized.

A cross and flag sit at more than 200 veterans' headstones at Highland Cemetery in Inola. It's a simple way to honor those who have served, like William Monroe in WWII, Albert Janzen in WWI, and going all the way back to the Civil War, Charles Crichton is not forgotten.

Ron Shear has been putting the crosses and flags in place at the cemetery, and four others in the area, for 45 years.

On this Veterans Day, Shear welcomed people to the Inola High School gym for an assembly, with no idea students were about to honor him.

The annual assembly recognizes veterans, with several of their pictures on display, decorations, and performances by the middle school choir.

But when Ron started hearing details of his service announced to the room, he realized something was going on.

Shear joined the Army in 1971. He served in Vietnam for about nine months.

"When their planes and choppers went down, his unit was the unit that went in, and got the soldiers out,” the announcer said.

With a special quilt waiting for him in the middle of the gym, Shear made his way over to his surprise.

"As a gratitude and gesture of a grateful nation we will give you this quilt of valor,” a student said.

The Rogers County 4H club awarded Ron a "Quilt of Valor," with hugs from students that left him nearly speechless.

"Kinda blown away. This time of year is always, and like around Memorial Day and Veterans Day, always kinda rough,” he said.

It was a simple way to honor the man who has honored so many others, for so many years.

"One of these days, wherever I'm at, there will be a plate with my name on it, too. And I hope there's people who will be proud to do it then too,” Shear said.

To learn more about the Quilts of Valor Foundation, click here.

Scholarships Named In Honor Of 2 Veterans From Miami