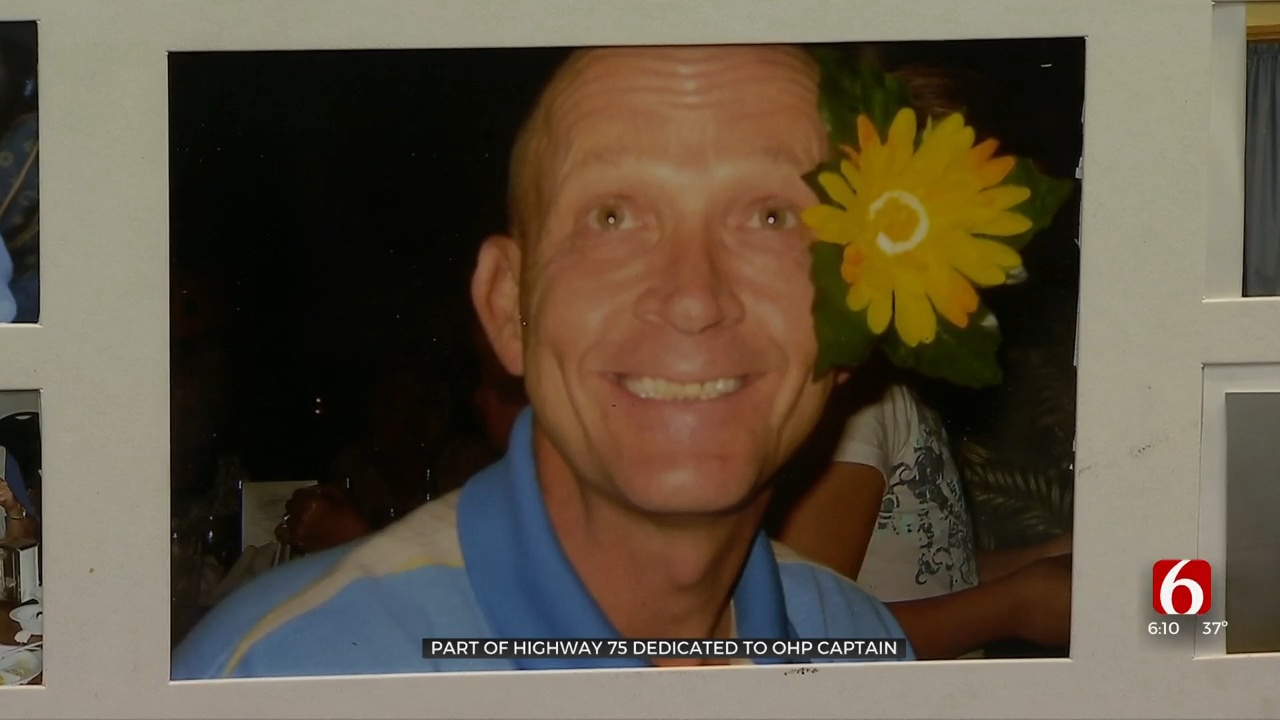 Part of Highway 75 near Owasso is now named after an Oklahoma Highway Patrol captain who died in a plane crash, off duty, 14 years ago.

The section of highway dedicated to Larry Jackson on Tuesday was chosen because he drove that part of Highway 75 frequently.

Drivers going north on Highway 75 near 106th Street will notice the new sign, unveiled after years of planning.

The part of the highway dedicated to the OHP captain stretches for about a mile, to 116th Street North. A sign can be seen near that street in the southbound lanes.

“We knew who Larry was. We knew how special he was. Now other people…can look him up. And they can see that he must have been somebody special,” Larry's brother-in-law, Bill Bush, said.

Larry served in the Army and flew for OHP for about 20 years.

“He flew the governor, back then it was Governor Henry. He was the captain of the Oklahoma Highway Patrol air patrol. So he flew all over the country,” Bush said.

Family and friends filled a room at City Hall Tuesday ahead of the dedication, 14 years after Larry's death.

“I was a young officer. He was a trooper,” Dave Knudson said.

Knudson knew Larry for more than 20 years and described him as upbeat, and someone who always gave guidance.

“I miss him. I think about him daily. He should still be with us,” Knudson said.

Larry died in a 2008 plane crash, with his friend Harvey Hazelwood. Bush said his brother-in-law was also a flight instructor.

“He just loved getting in his Cessna and puttering around the skies. Every time, I live here in Owasso, and a lot of planes will actually go across the house, going on their way probably Airman Acres. I think about him every time that I see those planes go across,” Bush said.

Now everyone driving down the highway can think of him too.