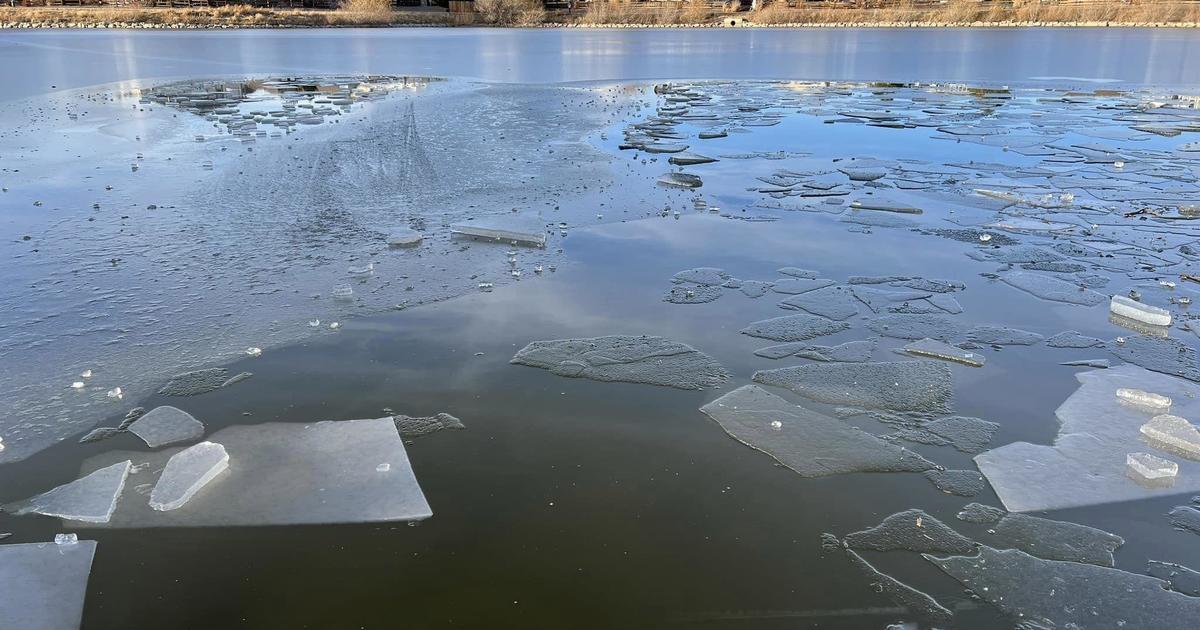 A teenage boy has died after falling into an icy pond in Roxborough Park, Colorado, earlier this week, authorities said. The boy was with three other children who also fell through the ice and were rescued by neighbors.

West Metro Fire Rescue reported that crews were called to Crystal Lake Tuesday afternoon after the four children fell through the ice. Three of them, two girls and a boy, were pulled out by neighbors using hoses, extension cords and ropes, the fire department said. They survived.

The three who were rescued by neighbors fell in closer to the shoreline, while a boy fell in deeper water farther from shore, according to the fire department. Neighbors couldn't reach him, and he was pulled out by a dive team, rushed to a local hospital, and then airlifted to a second hospital, the fire department said.

CBS Colorado reported Friday that the boy has died. He was not immediately identified.

"Shallow on the shoreline. Quickly drops off a shelf to seven to eight feet," the fire department responded to a Twitter user who asked about the lake's depth.

CBS News has reached out to the Douglas County Coroner's Office for more information and was awaiting response. The fire department did not provide further details on the incident.

Roxborough Park is a community located about 25 miles south of Denver.