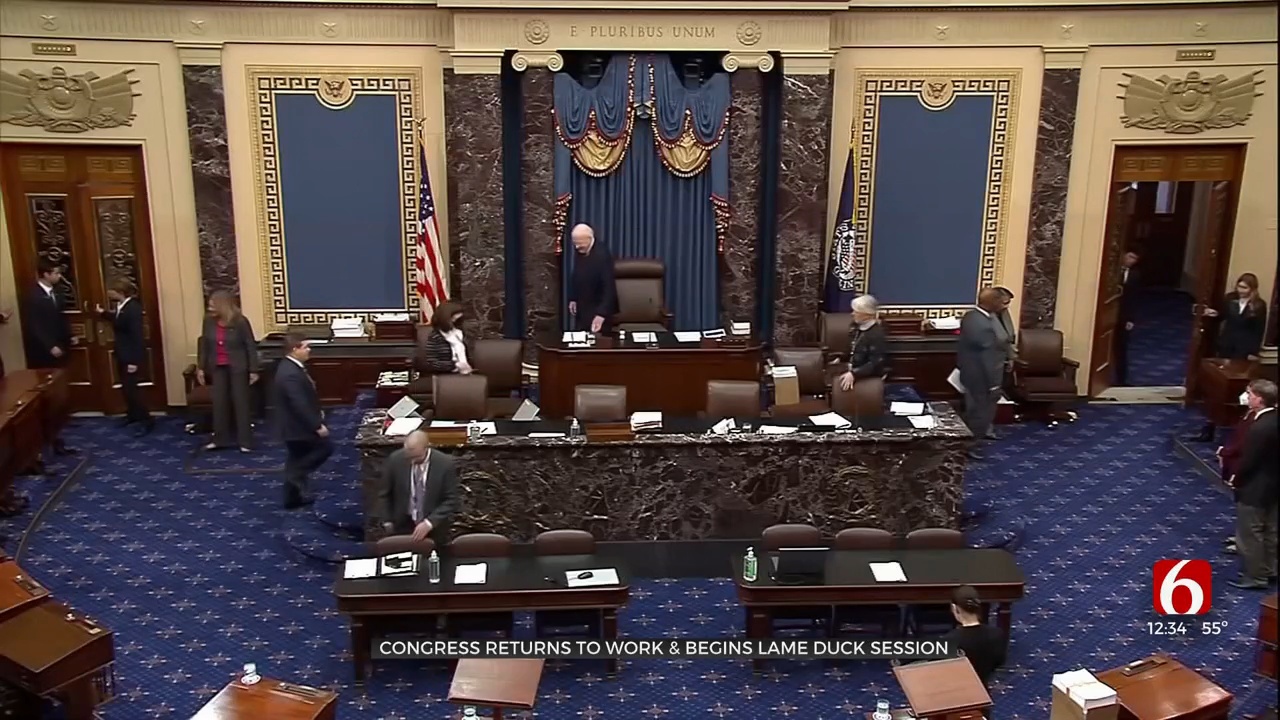 Lawmakers are returning to Washington this week for the final sprint before the end of the 117th Congress, and the House and Senate face a laundry list of legislative items before the year's end, ranging from a must-pass bill to keep federal agencies operating to a plan to reform how Congress counts electoral votes.

In the House, the lame-duck session marks Democrats' final opportunity to act on their legislative priorities before Republicans take control of the lower chamber with a narrow majority in January. But the December work period will also be filled with standard bills that Congress must take up, which will take up floor time.

"Whether it's strengthening our economy, improving our immigration system, protecting our national security, or safeguarding democracy around the world, we have important work ahead of us in December," House Majority Leader Steny Hoyer wrote in a letter to his Democratic colleagues Sunday. "We must take full advantage of the coming weeks to deliver results for the people."

Here is a look at the items on Congress's legislative to-do list for the lame-duck session.

The Senate is poised to vote this week on final passage of the Respect for Marriage Act, a bill that would provide federal protections for same-sex and interracial marriages. Twelve Senate Republicans voted to advance the bill earlier this month, effectively ensuring it will win approval in the 50-50 Senate.

Once the marriage equality legislation clears the Senate, it will head back to the House and, if passed, to President Biden's desk for his signature.

An earlier version of the Respect for Marriage Act passed the House with support from 47 Republicans this summer. The Senate-approved plan includes protections for religious liberty, which could attract more GOP support.

Congress is staring down a Dec. 16 deadline to pass legislation that funds the federal government. If lawmakers are facing a time crunch in reaching an agreement to keep agencies' lights on, they could vote on a short-term bill that would push the deadline to pass a government funding bill closer to the holidays.

When appropriations leaders announced a stopgap measure in late September to fund the government through Dec. 16, they said the bill, known as a continuing resolution, afforded them more time to complete work on an omnibus package. But it's unclear whether they are near consensus on the spending plan for fiscal year 2023, and failure to reach agreement could force lawmakers to approve another short-term continuing resolution.

The annual defense authorization bill is another piece of legislation that Congress must pass before the end of the year. The measure, which sets defense policy, has been passed every year for more than six decades.

Former President Donald Trump's announcement this month that he is running for president for a third time added urgency to reforming the Electoral Count Act. Lawmakers in both chambers have proposed changes to the law after it served as the basis for Trump's legal strategy to overturn the results of a presidential election.

The House passed its own reforms to the 1887 law in September. Called the Presidential Election Reform Act and sponsored by Reps. Liz Cheney of Wyoming and Zoe Lofgren of California, the measure ensures that Congress receives an electoral certificate from each state that accurately reflects the will of the voters, requires Congress to count electoral votes as the Constitution stipulates and reaffirms that the vice president's role in approving electoral votes is merely ministerial.

The Senate has its own version, introduced by Republican Sen. Susan Collins of Maine and Democratic Sen. Joe Manchin of West Virginia last month. Their proposal has more than three dozen co-sponsors, including 14 Republicans.

The amount of support from GOP senators should clear the way for the bill to overcome a filibuster, though many of the Republicans who signed on to the plan are leaving Congress at the end of the year.

In his letter to his fellow House Democrats, Hoyer acknowledged the House may need to take up the Senate's bill, writing the House's Democratic majority "ought to take swift action to ensure that we secure reforms to our electoral count system."

The White House asked Congress this month to provide an additional $10 billion to help respond to the COVID-19 pandemic and other infectious diseases, as well as another $37.7 billion in assistance for Ukraine.

It's unclear, though, whether there is enough Republican support for emergency supplemental funding for the pandemic, and earlier requests from Mr. Biden were rebuffed by GOP lawmakers.

Republicans have largely supported providing more money to Ukraine as it continues to defend itself from Russia, but such a request from the Biden administration could face new resistance from a GOP-led House, as some congressional Republicans have begun to question the need for more assistance to Ukraine.