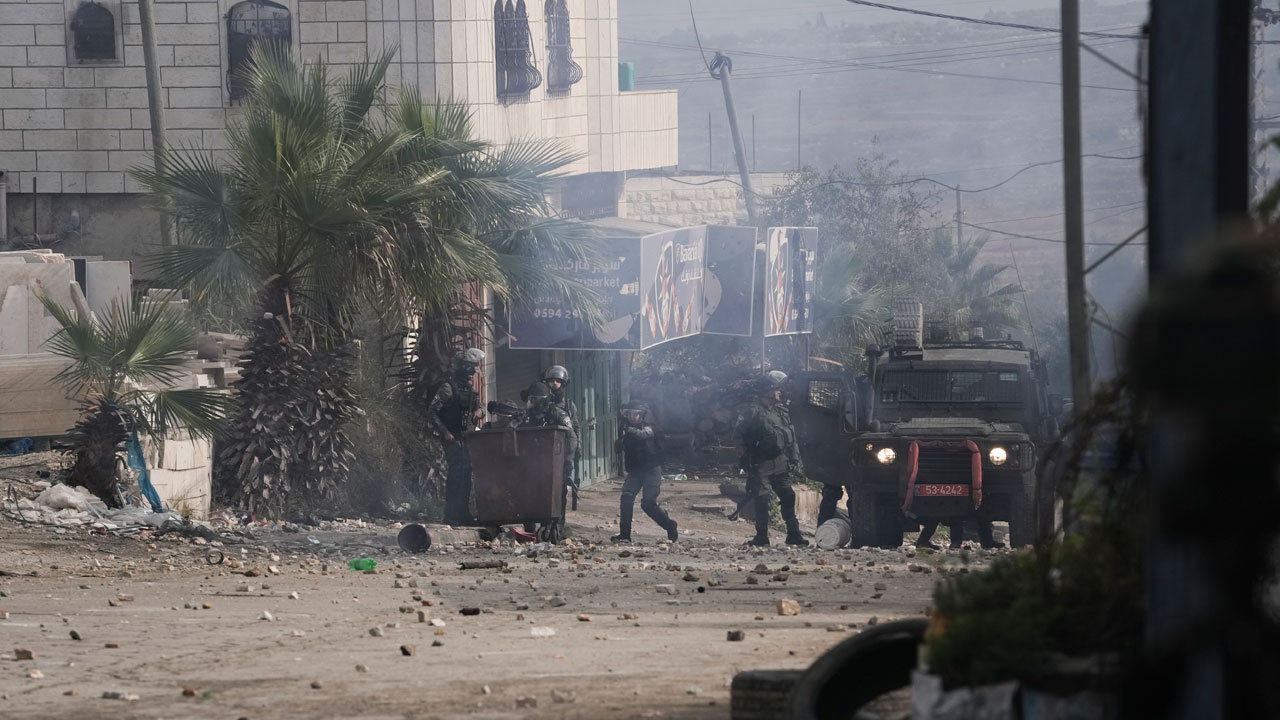 Israeli troops shot and killed a Palestinian man during an operation Tuesday evening in the occupied West Bank, raising to five the number of Palestinians killed in less than 24 hours.

It was one of the bloodiest days in months of violence in the West Bank and east Jerusalem and came during a recent spurt of fighting in the wake of a Jerusalem bombing that killed two Israelis last week.

The army said it shot the Palestinian man in the town of al-Mughayir as he tried to hurl a firebomb toward them. It said a crowd of Palestinians was throwing stones at soldiers who were delivering orders to demolish illegally built buildings. The town is located in an area of the West Bank that is under full Israeli control, where Palestinians say it is nearly impossible to receive building permits.

Amateur video taken from the scene showed a group of youths running away from the sound of gunfire. One of them then stumbled to the ground, before his friends picked him up and evacuated him. Local officials identified him as Raed Naasan, 21, and said that he had been set to soon join the Palestinian police force.

Earlier on Tuesday, a Palestinian man rammed his car into a female Israeli soldier in what the army said was an intentional attack, seriously injuring her, before he was shot dead.

Security camera footage showed the vehicle turning around and slowing in front of the woman, before accelerating and running her over. She was thrown into the air as the driver sped away.

Police chased the driver and shot him. The man, identified as Rani Abu Ali, 45, from the West Bank town of Beitunia, was pronounced dead at a Jerusalem hospital.

The violence began overnight near the city of Hebron.

The Palestinian Health Ministry said Mufid Khalil, 44, was killed and at least eight other people were wounded by Israeli fire.

In a separate incident, two brothers were killed by Israeli fire during clashes with troops near the village of Kafr Ein, west of Ramallah in the northern West Bank, early Tuesday. The Palestinian news agency Wafa identified them as Jawad and Dhafr Rimawi, ages 22 and 21.

The Israeli military said troops operating in the village came under attack from suspects throwing rocks and firebombs, and soldiers responded with live fire.

Tensions between Israelis and Palestinians have been surging for months amid nightly Israeli raids in the West Bank, prompted by a spate of deadly attacks against Israelis that killed 19 people in the spring.

More than 140 Palestinians have been killed in Israeli-Palestinian fighting in the West Bank and east Jerusalem this year, making it the deadliest year since 2006. The Israeli army says most of the Palestinians killed have been militants. But stone-throwing youths protesting Israeli army incursions and others not involved in confrontations have also been killed.

At least 31 people have died in Arab attacks in Israel and the occupied West Bank since the beginning of the year, according to the Israeli prime minister’s office.

In a new report, the army described a fragile situation in the West Bank as a new, hard-line Israeli government prepares to take office. The army said it has mobilized thousands of troops and arrested some 2,500 Palestinians and confiscated around 250 weapons since March.

Israel captured the West Bank in the 1967 Mideast war, along with east Jerusalem and the Gaza Strip. The Palestinians seek those territories for their hoped-for independent state.