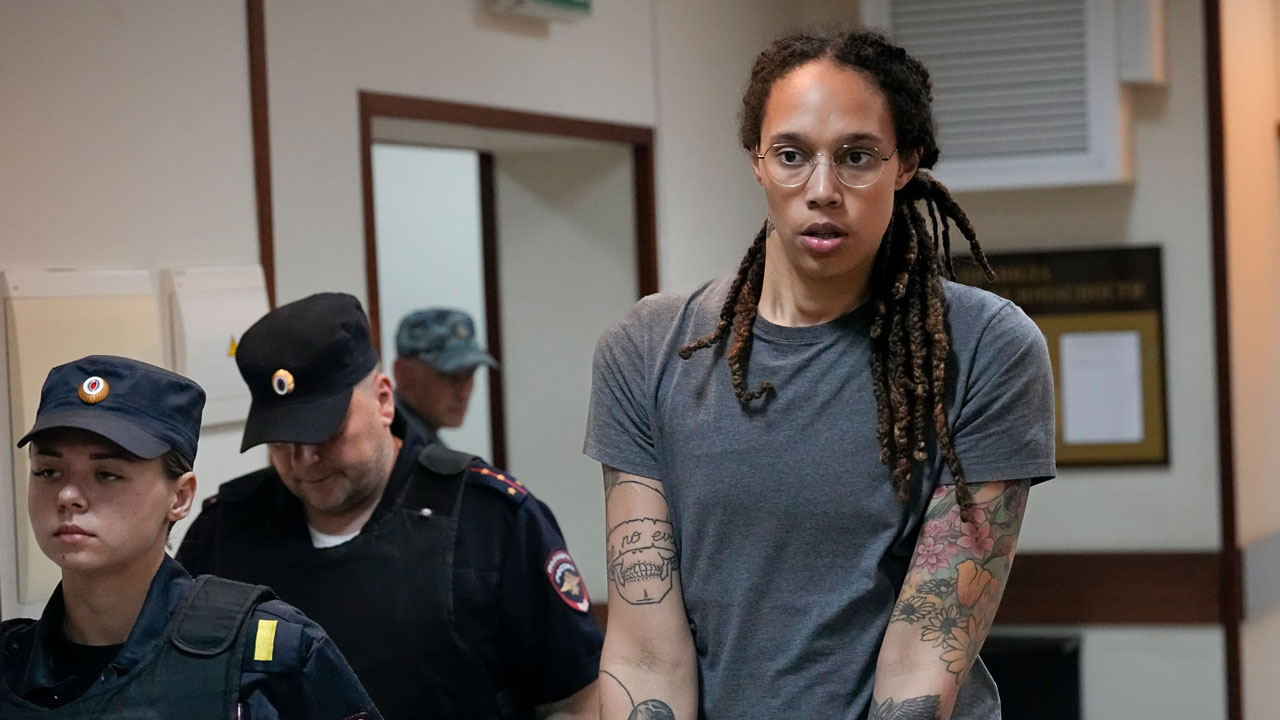 Russia and the United States have repeatedly been on the verge of agreement on a prisoner exchange, a senior Russian diplomat said Tuesday, adding that a deal is still possible before the year’s end.

The Biden administration has been trying for months to negotiate the release of WNBA star Brittney Griner and another American jailed in Russia, Michigan corporate security executive Paul Whelan, including through a possible prisoner swap with Moscow.

Asked by reporters whether a swap is possible before the year’s end, Russia’s deputy foreign minister, Sergei Ryabkov, responded: “There always is a chance.”

“Regrettably, there have been a few occasions when it seemed that a decision in favor of it was about to be made, but it never happened,” Ryabkov said without elaborating.

He added that the Russian Foreign Ministry was not currently engaged in any dialogue on the subject with the U.S., “so we aren’t feeling full dynamics.”

Ryabkov noted that a prisoner swap “would undoubtedly send a positive signal that not everything is so utterly hopeless in Russian-U.S. relations.” “Such a signal would be appropriate, if we could work it out,” he added.

The Russian diplomat reiterated Moscow’s call for the U.S. to discuss the issue discreetly and refrain from making public statements. He lamented that “Washington has been abusing ‘loudspeaker diplomacy’ instead of a quiet one, which didn’t help us to do business.”

Earlier this month, Griner began serving a nine-year sentence for drug possession at a Russian penal colony in Mordovia, about 350 kilometers (210 miles) east of Moscow, after a Russian court had rejected her appeal of her August conviction.

The all-star center with the WNBA’s Phoenix Mercury and two-time Olympic gold medal winner was detained in February when customs agents said they found vape canisters containing cannabis oil in her luggage at Moscow’s Sheremetyevo Airport.

At her trial, Griner admitted to having the canisters in her luggage but testified she packed them inadvertently in her haste to make her flight and had no criminal intent. Her defense team presented written statements saying she had been prescribed cannabis to treat chronic pain.

Whelan is serving a 16-year sentence in Russia after being convicted on espionage charges that he denied.

The Associated Press and other news organizations have reported that Washington has offered to exchange Griner and Whelan for Viktor Bout, a Russian arms dealer who is serving a 25-year sentence in the U.S. and once earned the nickname the “merchant of death.”