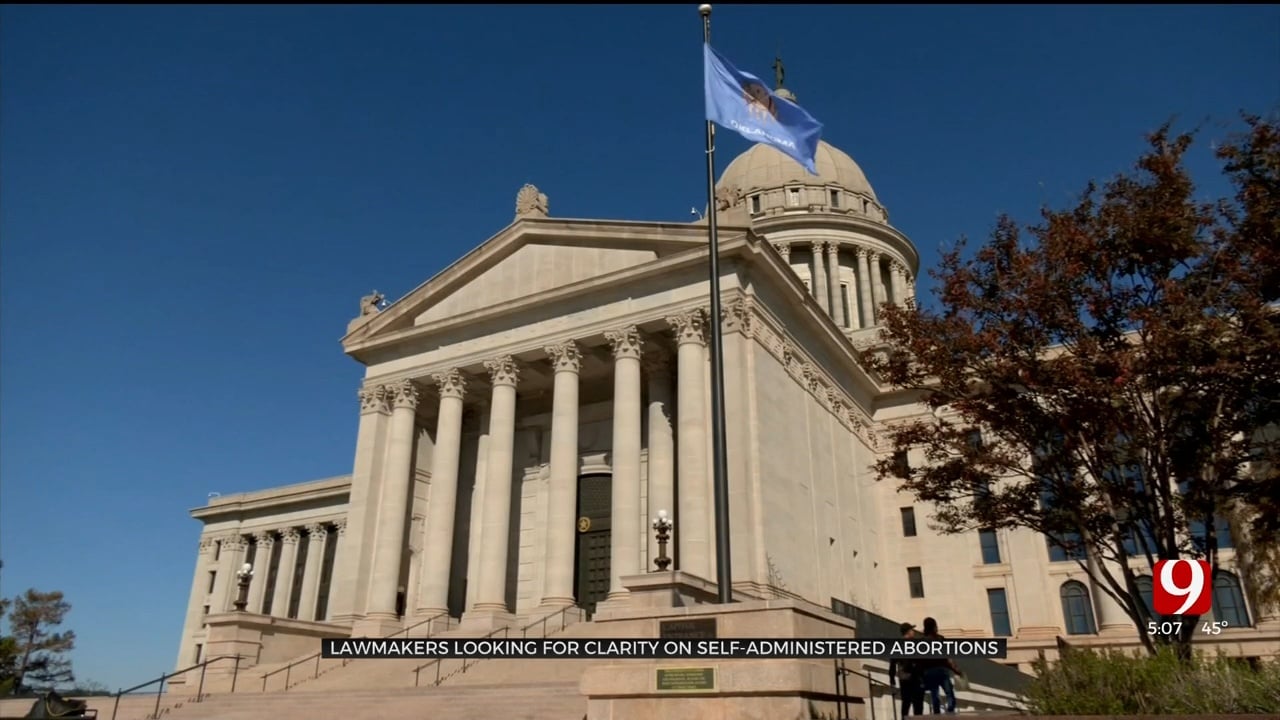 A group of Oklahoma lawmakers is making a request of Attorney General John O’Connor. They want clarity about whether self-administered abortions are a crime and if the pregnant person would face consequences.

When Oklahoma’s trigger law, SB 918, went into effect, the law also repealed the law that made self-administered abortion illegal.

Lawmakers said their request was for clarity after the White House encouraged people in states like Oklahoma to go online to order the necessary medication.

The lawmakers posed five questions in the request.

Trust Women Clinic's Communications Director, Zack Gingrich-Gaylord said, "on the one hand we do appreciate the desire for clarity in the law."

There has been an increase in requests for abortion pills since the trigger law took effect in Oklahoma.

The Journal of the American Medical Association says since its implementation, they have seen requests more than triple in the state.

"They're looking for ways to continue to foreclose upon any type of avenue people might have to get self-medicated abortions or reproductive healthcare," said Gingrich-Gaylord. "To further criminalize pregnant people and people who have abortions."

We reached out to all eight lawmakers who made the request. They did not comment.

The opinion request sent to AG O’Connor said while SB 918 did repeal the 1893 law that banned at home abortions, it still makes at home abortions illegal according to the following state statute.

63 Okl. St. § 1-7331263 Okl. St. § 1-733(entitled “Self-Induced Abortions”) provides as follows:  No woman shall perform or induce an abortion upon herself except under the supervision of a duly licensed physician. Any physician who supervises a woman in performing or inducing an abortion upon herself shall fulfill all the requirements of this article which apply to a physician performing or inducing an abortion.

"Abortion medication is approved by the FDA. It's medically sound," said Gingrich-Gaylord. "And it's also appropriate to administer through telemedicine, through the mail."

They also had questions about whether pregnant people who use self induced abortion methods can be charged with two crimes.

Lawmakers clarify under both sections, both potential charges do not include instances of a "legal abortion" or during " acts which are committed pursuant to the usual and customary standards of medical practice during diagnostic testing or therapeutic treatment."

"We don't have to look far to see how the law is used to conflate those two circumstances and be turned against pregnant people. We often warn against the government coming in between you and your doctor and now the government is coming in between you and your mail carrier. There's certainly some privacy issues that come with that," said Gingrich-Gaylord.

The office of the Attorney General said they will review the request.

AG O'Connor did celebrate Oklahoma's restrictive laws when they went into effect after Roe fell and said, ""Amazing victory for America's unborn children and for our right to make policy decisions through our elected representatives. None of our laws-civil or criminal punish the mother in connection with an abortion. "

You can read the full request by following this link.