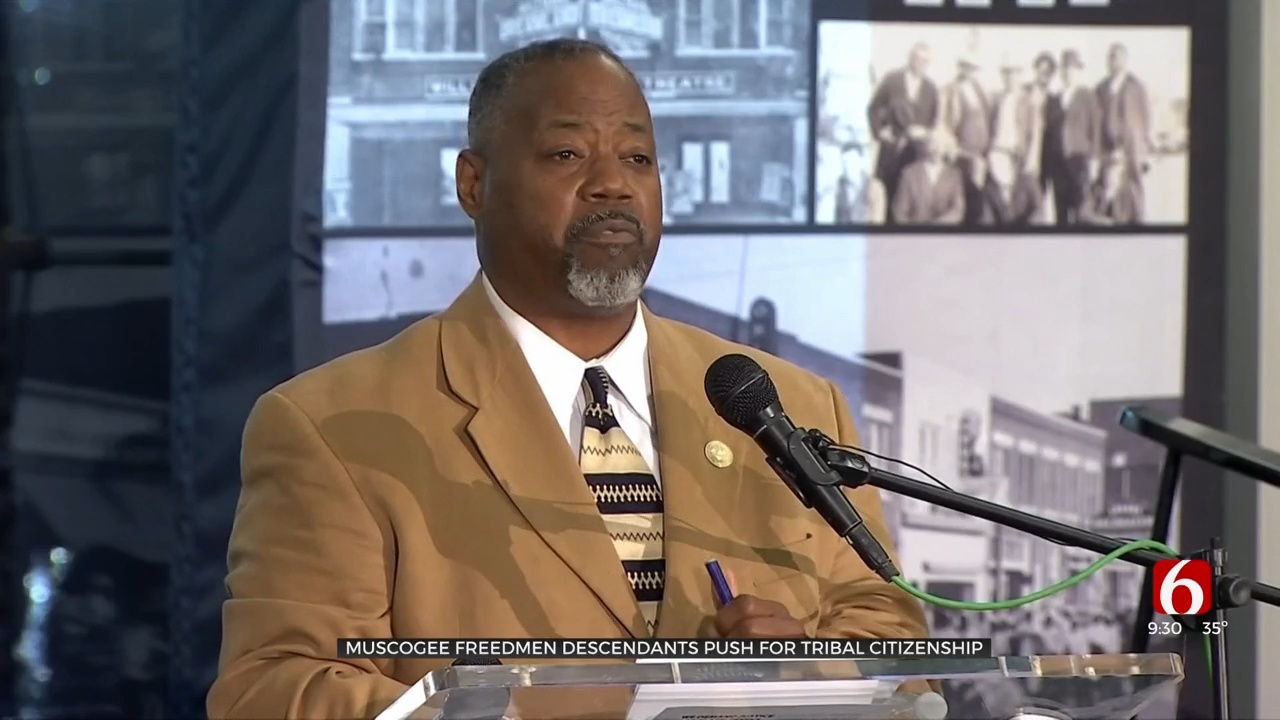 Black Creek Native Americans, or Creek Freedmen, are demanding to be citizens of the Muscogee Creek Nation.

The Creek Freedman hosted a rally Wednesday night before an upcoming court hearing.

The Justice for Black Creeks coalition said the Creek Nation took those rights away in 1979.

At the rally, several speakers came to the podium and said the treaty is valid and the tribe should honor its word.

Jeff Kennedy is one of the people who filed the lawsuit and said he doesn’t want to see his ancestors’ history erased.

Muscogee Creek Nation sent News On 6 a statement as follows: "Some have tried to make this issue about race, but it simply isn't. Race is not a factor in obtaining citizenship. The Muscogee (Creek) Nation has a diverse citizenship representing many heritages, including African American, Spanish, Mexican, Asian, and many more. While many citizens proudly emphasize their diverse racial identities, our government does not distinguish citizens by any racial categorization such as “Black Creeks." Whatever else we may be, we are all direct descendants of Creek Indians and Creek by blood and recognized as Creek citizens. Period. The matter before the Court is not a question of race. It’s a matter of determining whether our government is obligated by treaty to enroll individuals as citizens who are not Creek Indians and tomorrow’s hearing is just one step in the legal process."

The hearing is scheduled for Thursday morning.