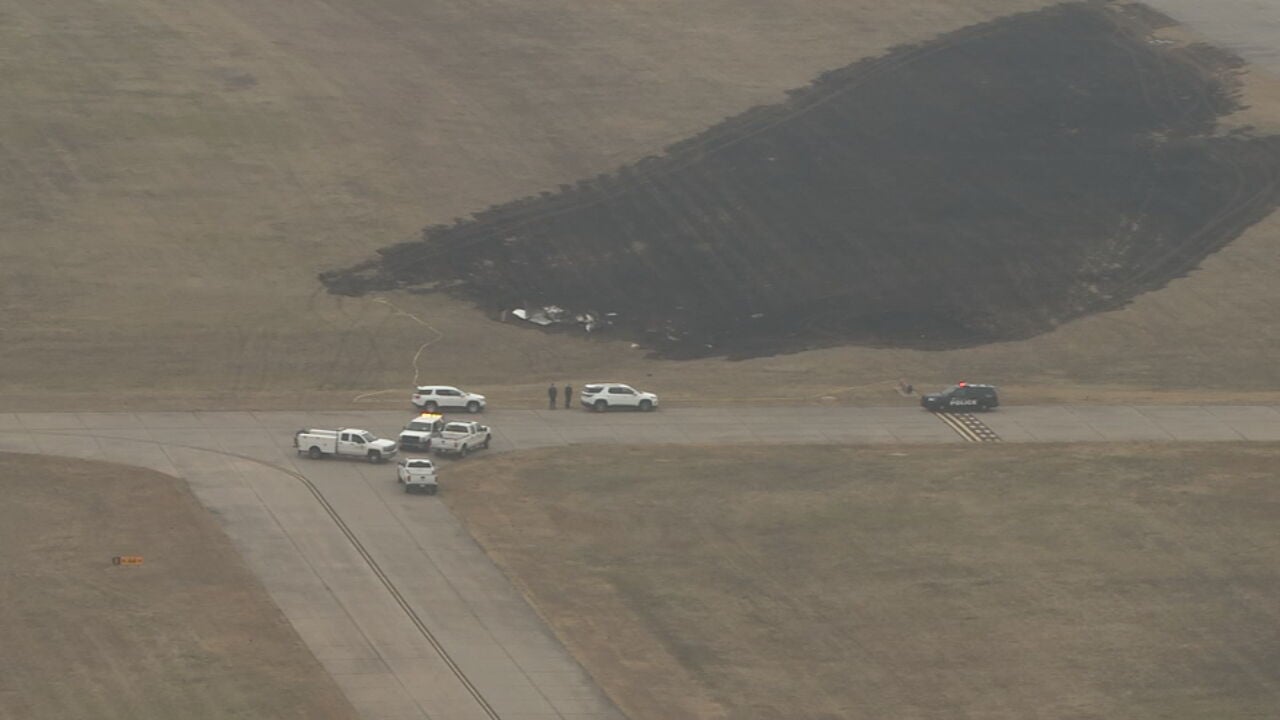 The identities of three people killed Monday night in a plane crash in northwest Oklahoma City near Yukon have been released.

Three people died Monday night at the Clarence E. Page Municipal Airport west of Yukon. Their identities are Christopher Lamb, 53, of Perry. Lamb was the pilot of the 1971 Beechcraft Bonanza F33A Aircraft. Also killed were passengers David Lamb, 78, of Yukon; and Gage Prough, 28, of Stillwater.

Firefighters confirmed that three people were found dead at the scene of the crash that happened just after 9:15 p.m. Crews are using drones with infrared technology to search the surrounding area to ensure there are no more victims. When firefighters arrived the aircraft was still on fire.

The Oklahoma Highway Patrol and National Transportation Safety Board are both involved in the investigation.