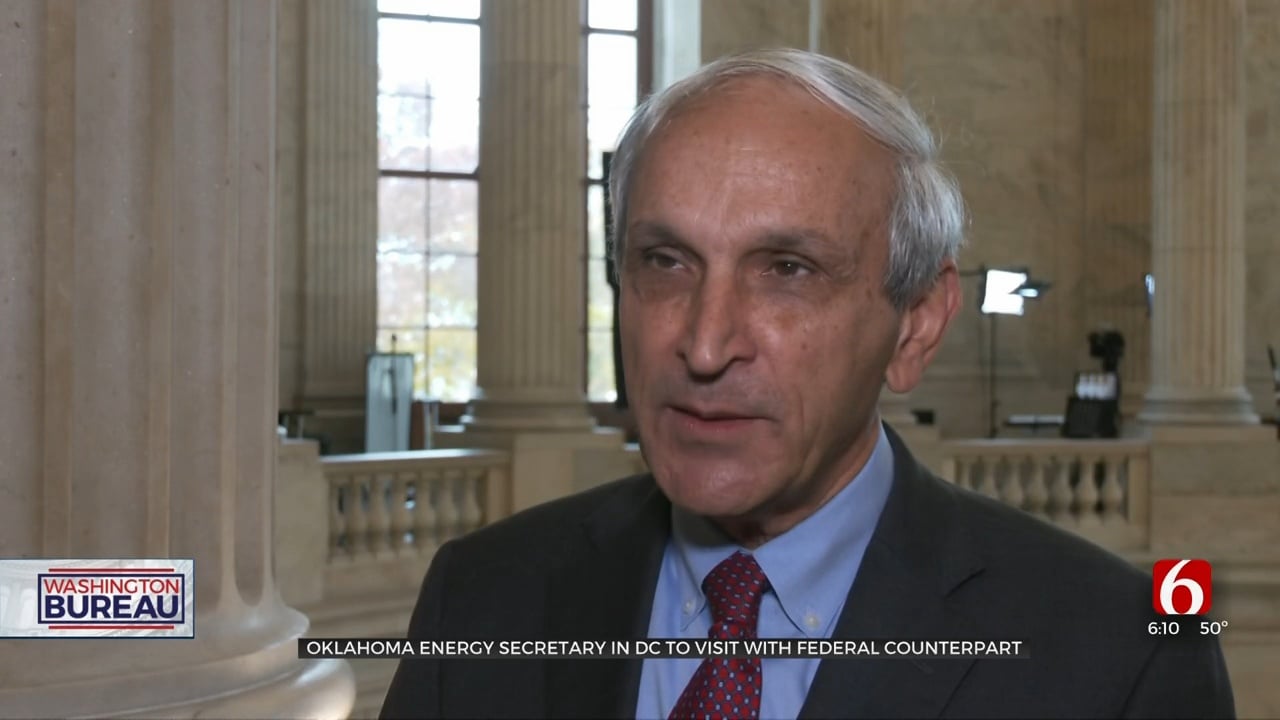 Oklahoma’s new energy secretary, Ken McQueen, who was appointed by Governor Stitt to replace the retiring Ken Wagner in September, is visiting the nation’s capital this week for the first time in his new role.

Secretary McQueen has 40 years of industry-related experience, working at the EPA, in the private sector, and in academia. But he felt it was important to come to re-introduce himself to Washington as Oklahoma's Secretary of Energy and Environment.

“It’s been two days of morning-to-evening meetings,” said McQueen in an interview Wednesday, “so we’ve made use of basically every minute of time that we’ve had available here in DC.”

McQueen had meetings with administration officials, including at the Department of the Interior. Governor Stitt has encouraged all of his cabinet secretaries to travel regularly to Washington to engage with their federal counterparts.

He said he also visited with each member of the state’s congressional delegation. “They were very encouraging of our priorities in Oklahoma,” McQueen said.

Those priorities, he said, include being chosen as one of at least four hydrogen hubs promised in the Bipartisan Infrastructure Law.

Oklahoma partnered with Arkansas and Louisiana in submitting the application for what they're calling Project HALO. McQueen said the first round of cuts in this $8 billion clean energy sweepstakes will be announced later this month.

“We believe that Oklahoma, Louisiana, and Arkansas, sitting in the middle of the United States,” said McQueen, “is ideally suited to land some of this funding, and contribute to moving hydrogen ford as a future fuel source.”

Another priority, McQueen said, is applying to his old boss, the EPA, for primacy over class VI wells, which are used for injecting C-O-2 into deep rock formations.

“This will allow companies interested in carbon sequestration in Oklahoma to secure a permit through the Oklahoma regulatory process,” McQueen explained, “rather than the federal process.”

Whether Oklahoma is granted primacy could take 18 to 24 months to determine, which is one reason McQueen had scheduled a meeting with EPA regulators for Wednesday afternoon, to see if there might be a way to speed that up.