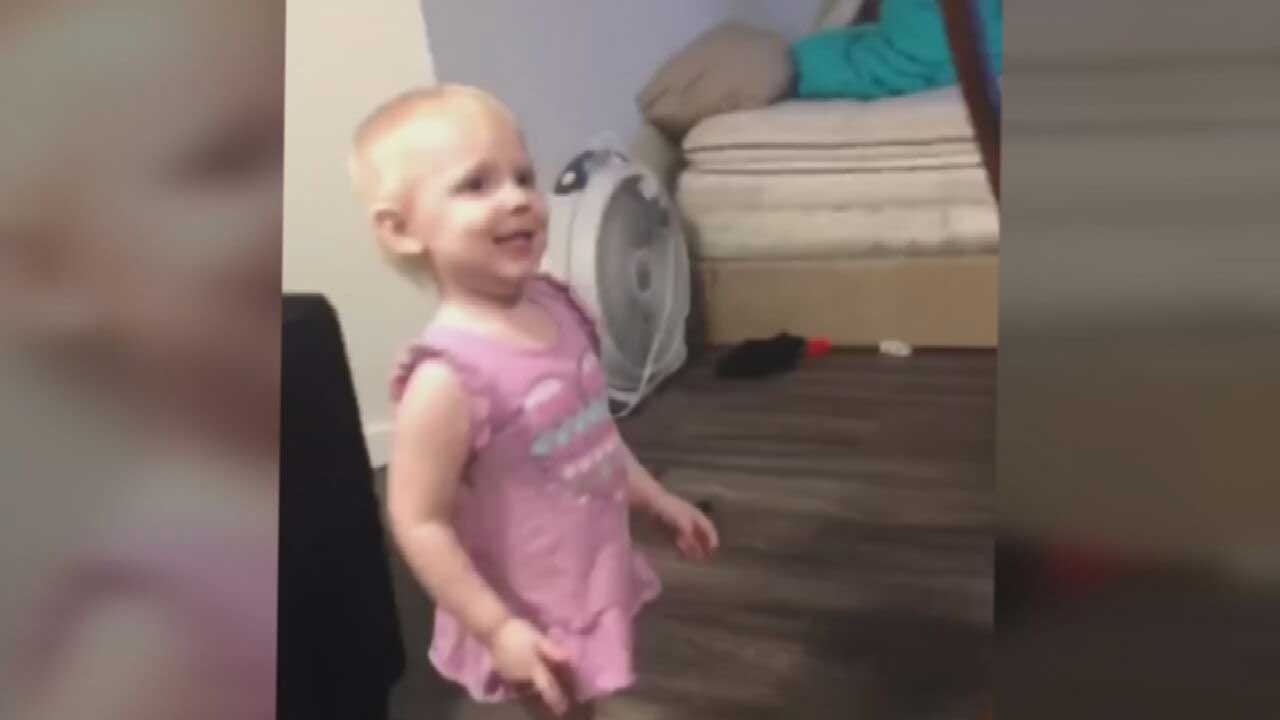 The grandmother of a 3-year-old girl, who died last year after alleged abuse, said she notified DHS about the abuse, but the agency did nothing.

Tammy Allen told News 9 she reported the suspected abuse to DHS two different times last May. An attorney representing the child's estate added a hospital worker also made a referral to the agency.

Lola Caplan died on May 31, 2018. Investigators said she was alone with Sowards when she stopped breathing. Sowards, along with her partner, Alexis Caplan, rushed the little girl to the hospital, but doctors couldn't save her.

Medical staff said the girl appeared to have excessive bruising possibly from abuse. But Lola's grandmother said she noticed that abuse long before.

“It was hard, I had to do something,” said Allen. “You know she may have just been my grandbaby, but you guys just don’t understand, she was my baby.”

Allen said she first reported the suspected abuse to DHS in early May after she saw burn marks on Lola's back, head and arms. Weeks later, her granddaughter had more bruises and Allen said she called DHS again.

“When you reach out, you expect someone to help you with those things, you expect that,” said Allen.

Allen said nothing was ever done.

An attorney representing Lola's estate said DHS policy mandates a child this age with these injuries be treated as a priority one and assigned to an experienced case worker immediately.

“The worker that was assigned was a brand-new worker, she did not have the proper level of experience. She did not come out and do a proper investigation,” said Rachell Bussett, attorney.

“If they would have done their job, I wouldn’t have a dead grandbaby right now,” cried Allen.

In a statement to News 9, DHS said the death is heartbreaking.

“We are all appalled by the facts of this case and by those who stand accused of this horrible crime.”

But DHS said legally they cannot release any information.

“Because the medical examiner could not absolutely conclude that this child’s death was the result of abuse or neglect, by state and federal statutes, DHS is unable to release any information publicly regarding prior referrals or investigations. However, we are working closely with law enforcement to share any and all information we have that might help bring justice for this child’s death.”