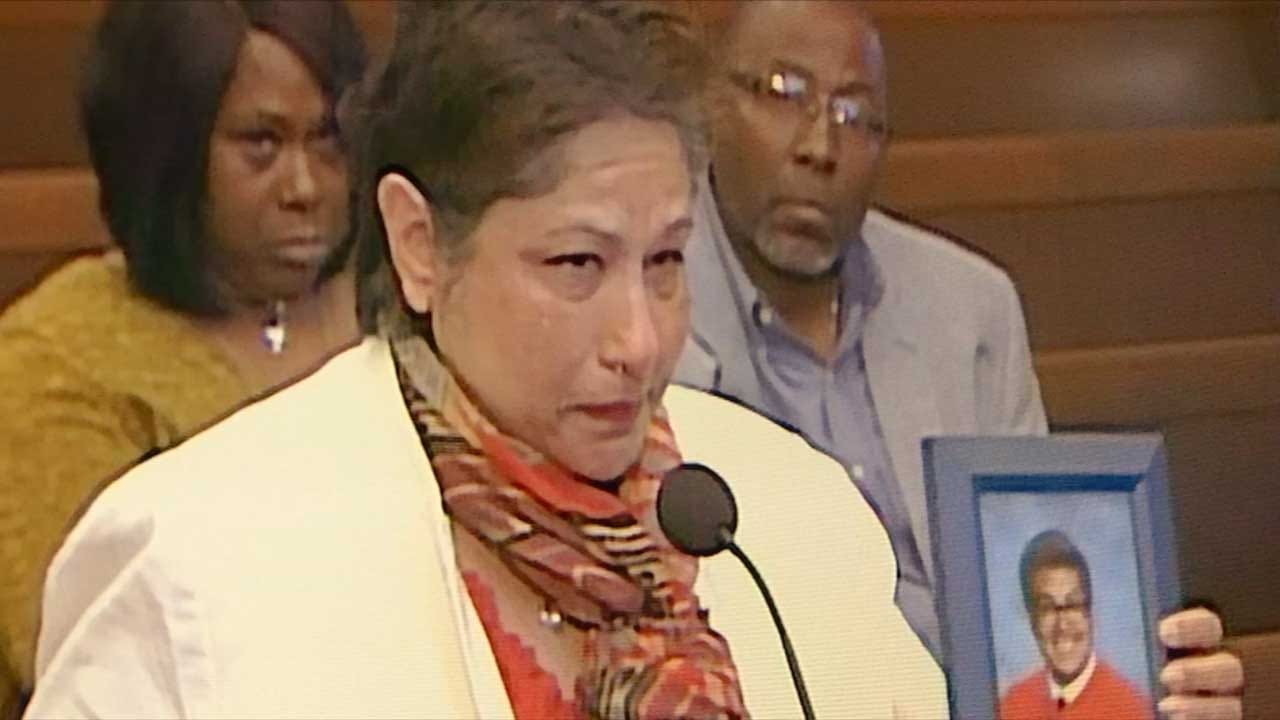 A family makes a tearful plea to city decision makers to do something about the intersection where their son was killed. That intersection of Britton and Peidmont Road has been the site of two fatal accidents involving Yukon high school students in the past four years.

“August 26th 2016, our lives changed forever, he was my only son,” Beatrice Silva told Travel and Transportation Commission members as she held up the picture of her son Matt.

Matt was driving to band practice when he was in was struck by a semi when he pulled out into the intersection.

“All I’m asking for this commission to take the time to review this road so nobody else has to die,” sad Beatrice. “If you drive down you see four memorial crosses on that road. Right now. Four. How many more memorial crosses will it take for a four way stop sign to be put up. That’s my question for you.

The Silvas want a four way stop with a flashing traffic light at the intersection.

Commissioners answered with a promise to put more police officers in the area and investigate what they can do in the short term while they consider the Silva's request.

Commissioners asked the Silva’s to submit a formal request for them to consider.

“It’s just the cost of putting in four signs at this intersection and that can literally be accomplished overnight,” said the Silva’s attorney Rachel Bussett.

Yukon’s superintendent also spoke to commissioners.  Telling them the area is growing rapidly and safety measures need to be taken.

But Matt's parents say today was a good first step.

“ I just want to make sure that they heard us and I think they did.”

But they're not letting up.