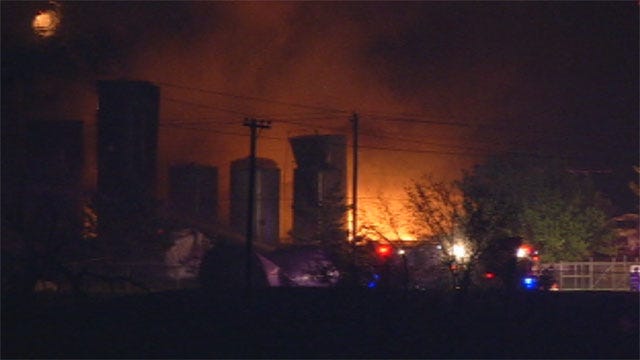 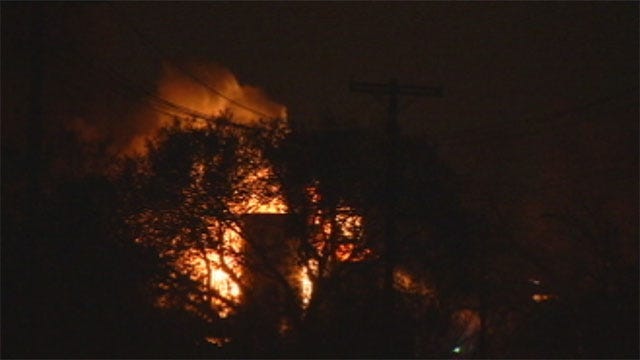 A lightning strike ignited a fire Wednesday night at a tank battery near N.E. 4th Street and Bryant Ave. in Oklahoma City.

As of 11 p.m. Wednesday, crews had the fire contained.

A square mile around the scene, from N.E. 4th Street and Bryant to N.E. 10th Street and Martin Luther King Blvd., had to be evacuated as the large fire, despite all of the rain, continued to burn in the direction of a propane tank. Some residents have been allowed back to their homes.

The Oklahoma City Fire Department says that there are a number of flammable chemicals inside and firefighters managed to successfully douse the fire with foam.

In all, about 23 people in all had to be evacuated.