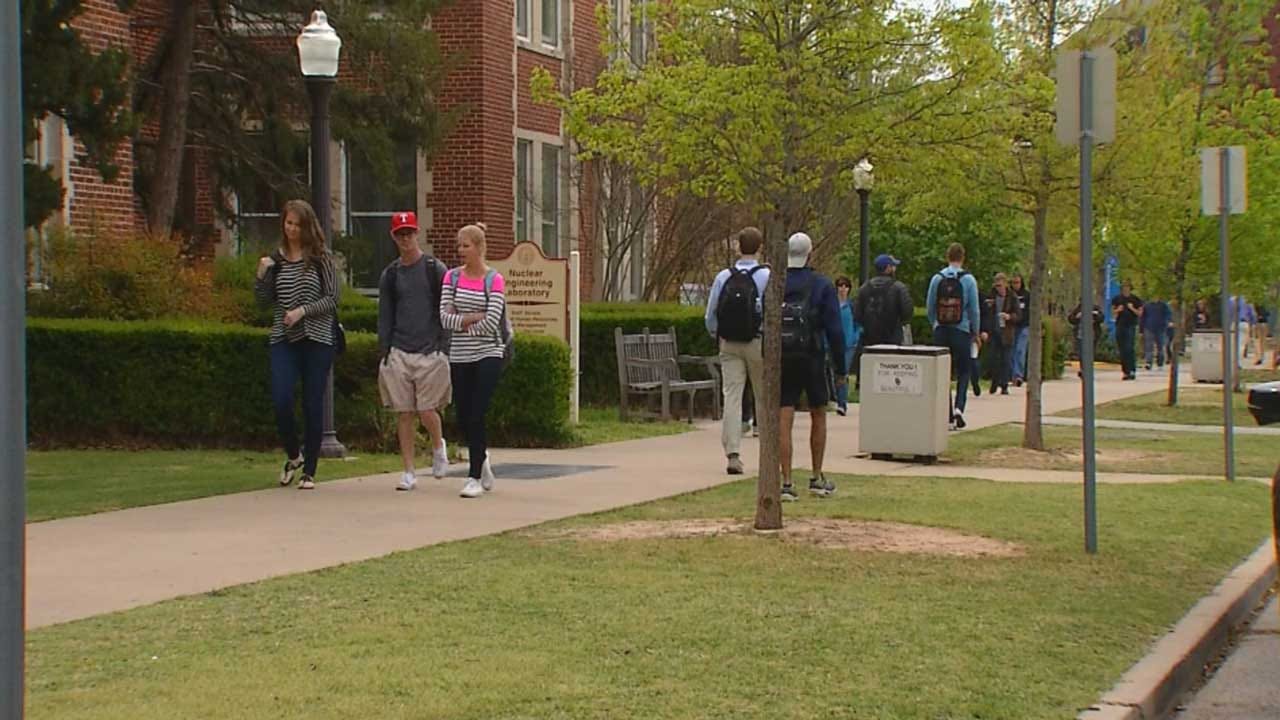 At a time when most government agencies have been attempting to cap their workforces, if not reduce them, state-supported higher education is doing just the opposite.

Data obtained by News On 6 through an Open Records request, shows that, since 2000, employment at the University of Oklahoma, Oklahoma State University, and a majority of other state colleges and universities has increased significantly.

There are a total of 25 publicly supported institutions of higher education in Oklahoma. Over the past 15 years, that state has appropriated $15 billion to support their operations.

Critics say the money has not been spent efficiently.

"The data would show that our university systems are not using the funds responsibly," said Jonathan Small, president of the conservative think-tank, Oklahoma Council of Public Affairs.

Small says it's obvious that Oklahoma's institutions of higher education don't have the same fiscal reality as everyone else.

"I think there is a huge disconnect." stated Small.

This is what he's talking about:

From FY 2001 to FY 2016, the number of people working at state agencies, as measured in full-time equivalents, or FTEs, decreased slightly -- one percent.

Over that same 15-year period, FTEs at the state's public colleges and universities increased 25 percent. At the state's flagship school, the University of Oklahoma, FTEs were up 32 percent.

Enrollment did go up in that time, but only 14 percent, both at OU and system-wide.

Small says higher education employs more people than it needs, and does so because it can.

"Money is so easy in higher ed," Small said, "because the federal government is guaranteeing loans...they get state-level funding...they can raise tuition and fees."

Still, compared to other states, tuition in Oklahoma remains relatively low. The U.S. Chamber of Commerce Foundation currently ranks Oklahoma's state system of higher education as 5th most affordable in the nation. State higher education officials say this is the case, despite recent reductions in state funding, including $112 million this fiscal year alone.

Amanda Paliotta, Vice Chancellor for Budget and Finance for the Oklahoma Regents for Higher Education, acknowledges the increase in FTEs across the system, but says the majority of those can be attributed to the opening of new facilities in the last 15 years.

"You can just look down the street from our offices here," said Paliotta, "and you can see Stephenson Cancer Center, the Harold Hamm Diabetes Center."

"74 percent of the numbers that I think you're going to be looking at over a 15-year period," stated Paliotta, "is going to be associated primarily with those two entities."

6 Investigates tried to verify Paliotta's claim, but in the FTE data provided by the Office and Management and Enterprise Services (OMES), only OU's numbers were broken down by campus.

The additional FTEs at the OU Health Sciences Center from FY 2001 to FY 2016 (2,297), make up 33 percent of the total number of new FTEs across the system during that period (6,967). Assuming, for the sake of argument, that all of the new FTEs at OSU (902) are tied to its health sciences campus, the two entities together would account for 46 percent of all new FTEs across the state's higher education system.

Either way, this still leaves a large number of other new hires not related to the two health sciences campuses.

6 Investigates made repeated inquires with the university between mid-March and early May in an effort to be granted an interview with President David Boren. Instead, the university provided Provost Kyle Harper.

"We're really a different institution today than we were 15 years ago," Harper told us in an interview in his office.

Harper says the university made a conscious decision to add new staff -- faculty, advisors, and graduation coaches -- as part of an ongoing effort to raise the school's level of excellence.

He says there has been a tangible result: many more young people walking away with Bachelor's degrees. In 2001, the university conferred 2,727 Bachelor's degrees, compared to 4,098 last year, a 50 percent increase.

The provost believes that is proof that OU is doing things right, and that the cost to taxpayers is worth it.

"I think that while people want everyone to be good stewards of resources," Harper stated, "people also understand the importance of higher education; we want our kids to be able to go to a top-tier university and stay in the state."

OCPA's Jonathan Small says Oklahomans may value access to top-notch higher ed, but a poll conducted earlier this spring shows they also want higher education to be a good value.

"A full 82 percent of them feel like higher ed needs to become much more efficient," Small said.

The state's $1.3 billion budget crisis is now forcing colleges to be more efficient. OU President Boren announced in February that top administrators would be taking salary cuts. And both OU and OSU are planning to cut positions.

But even with these measures, it looks increasingly likely that the regents will have to approve a tuition increase for the 2016-17 school year.