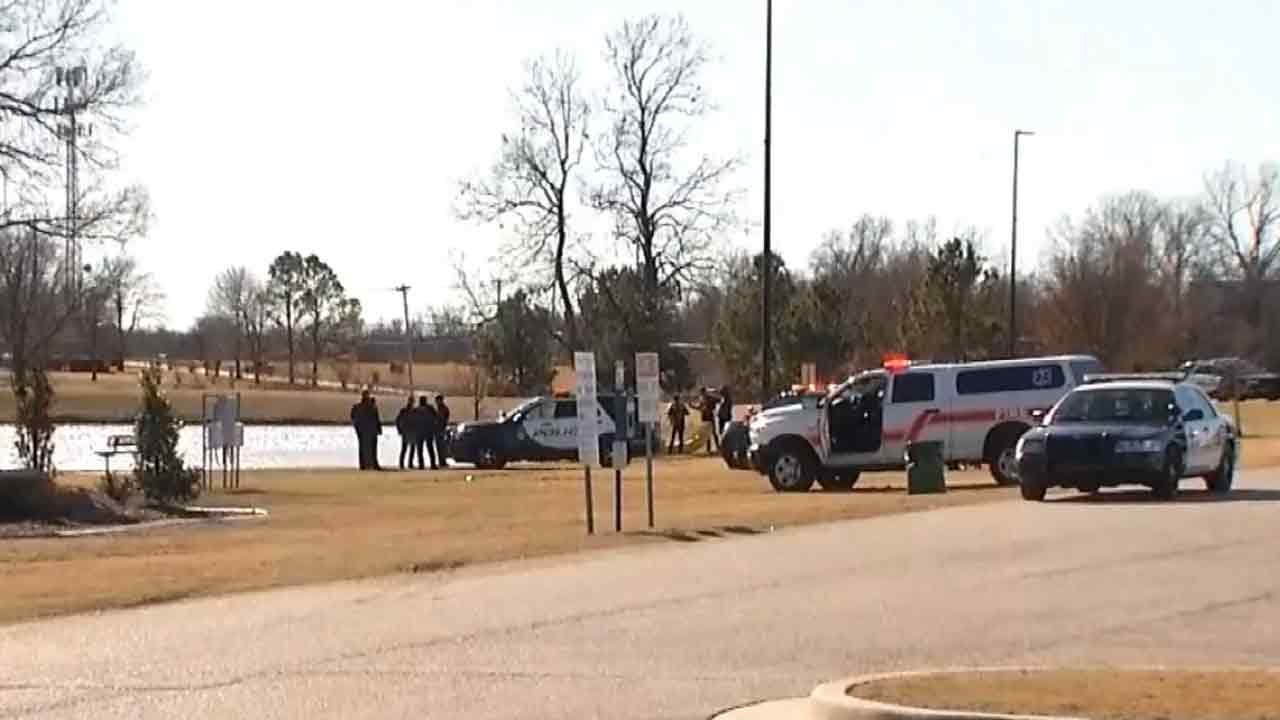 A woman is in the hospital and Broken Arrow police are investigating after they say she drove her van into a retention pond at the BA Event Complex Monday.

Even after being underwater for three hours, police say with cold water drownings like this, it is still possible she could survive. Broken Arrow police are trying to piece together what happened in the moments before the woman drove her van into the pond.

"We don't know whether it was intentional or accidental at this point that's part of the investigation," said Officer Chris Walker.

Witnesses called 911 after they saw the woman drive into the retention pond at the BA Event Complex Monday around 11:30. Police say the water is surprisingly deep and the van sunk about 20 feet. Add to that the cold and windy conditions, it was a tough job for the Broken Arrow water rescue team.

"We really want to thank Oklahoma Highway Patrol divers and the Broken Arrow Fire Department water rescue team. Without them we couldn't have got to the vehicle," said Walker.

After locating the van with long poles, an OHP diver went down to attach a cable so it could be pulled up by a tow truck. Once the vehicle was back on land, crews were able to pull the woman out and take her to the hospital.

"From what EMS relayed to me doctors advised cold water drownings are viable to be resuscitated after several hours," Walker said.

Police say the person who saw the van go into the water was in the parking lot nearby. Police are still working to identify the woman.