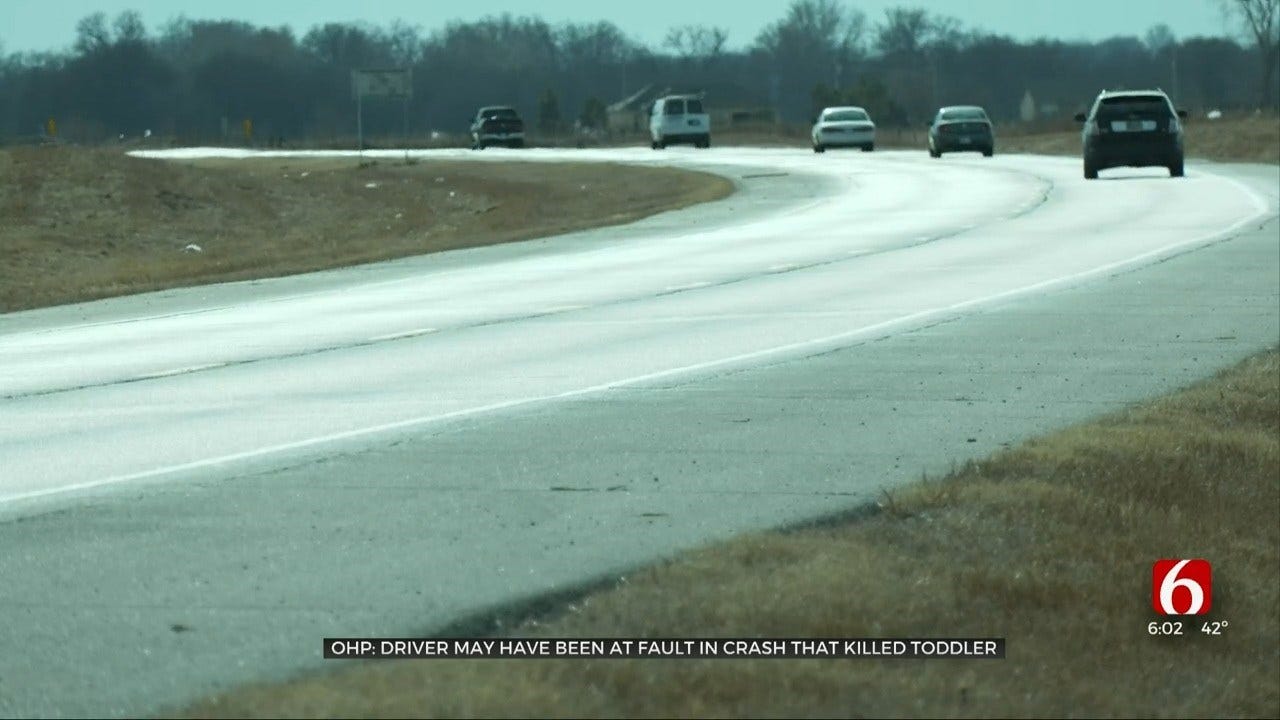 The cause of a deadly car accident is being investigated by OHP after a report said a teenage driver made a mistake on Highway 72 Monday morning.

The report said the teen was heading southbound in a pickup truck near Coweta.

That's when the crash happened.

"Another vehicle was coming northbound, and the other vehicle attempted to avoid striking the white truck by taking evasive action," said Southall.

The white truck hit the back end of the car and killed a 3-year-old boy and sending the two other people in the car to the hospital. Even though it was a passing zone Southall said that doesn't always mean it's safe to pass.

"You have to ensure that it's safe for you and other drivers to do so," said Southall.

"These things are a large investigation. We put a lot of effort and work into this to make sure that we have all of the facts right," said Southall.