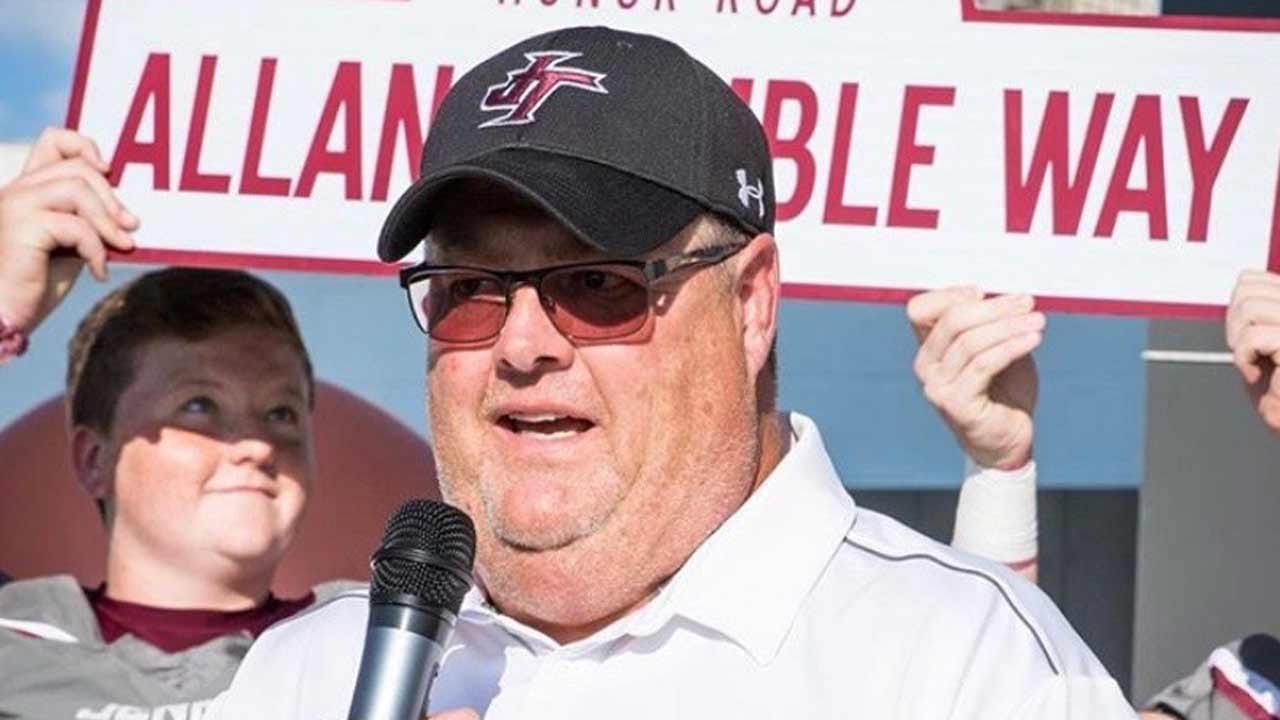 JPS released the news on its Facebook page on Sunday morning.

“We are so deeply saddened by the passing of Allan Trimble,” said Dr. Stacey Butterfield, Superintendent of Jenks Public Schools. “Our hearts are with his family and we offer them our most sincere condolences. Allan will certainly be remembered for what he accomplished on the football field, but his legacy is in the lives of the student-athletes he mentored and all those he impacted with his example of humility, service, and courage. He lifted up everyone around him and he will be greatly missed by so many in our community.”

Allan Trimble took over as the head coach of the Trojans in 1996. As head coach, he led the program to 13 state championships and an overall record of 252-43. In 2016, Trimble was diagnosed with ALS but continued to coach until the end of the 2017 season at which point he retired.

Trimble established the Trimble Strong Foundation a non-profit organization dedicated to "transforming people and communities both locally, and around the world".

He died Sunday morning at St. Francis hospital in Tulsa. He was 56 years old.